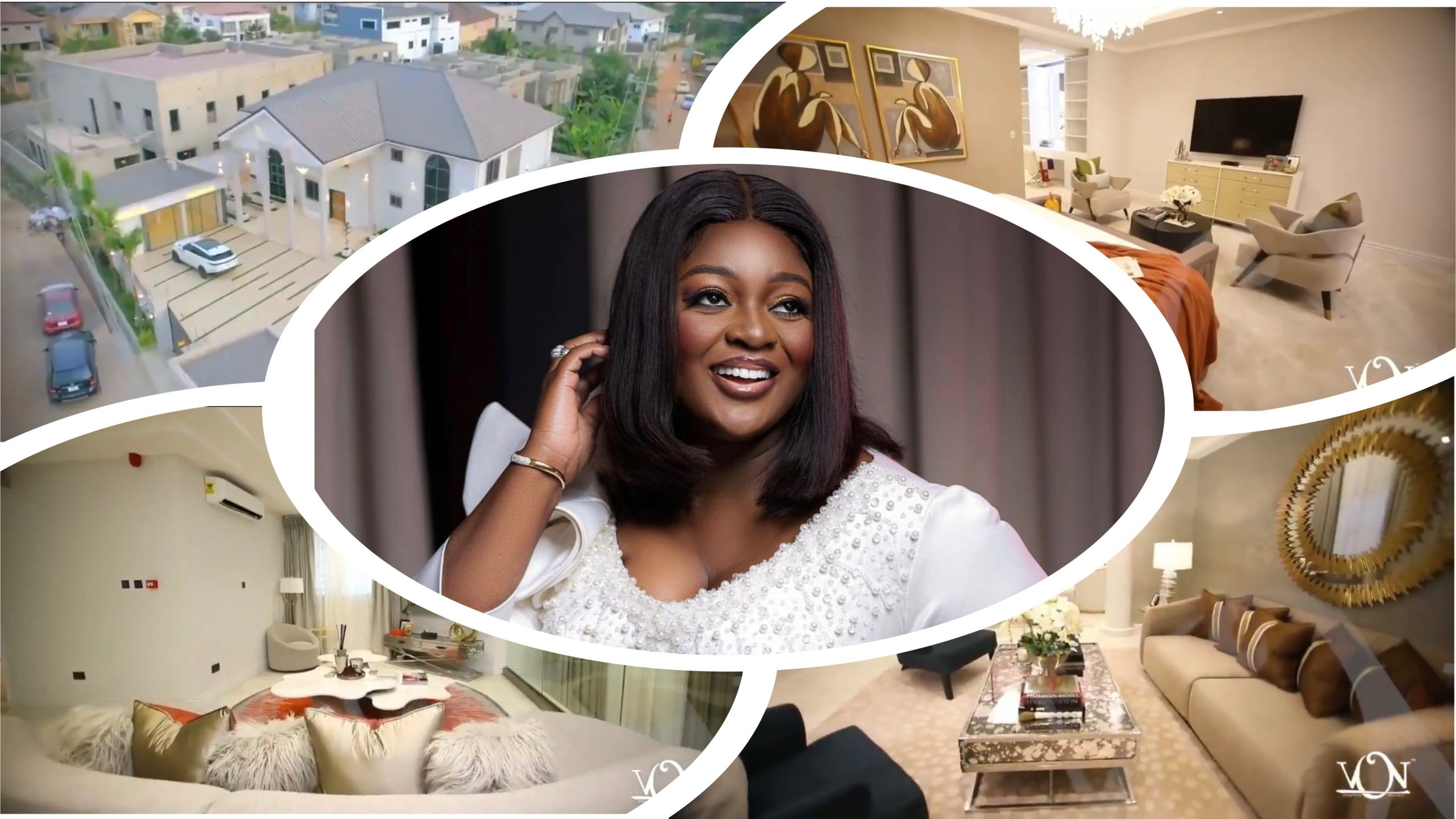 Over the week, Ghanaian actress Jackie Appiah has been the subject of discussion after videos of her new mansion was shared online.

The award-winning actress gave a tour of her brand new home to Nollywood actress Luchy Donald who shared videos online.

The news of Jackie’s home, since it made it to social media, has being a hot topic.

Although fans were given just snippets of the home from Luchy’s videos, Jackie has released a full video giving fans a thorough look at her mansion.

The plush mansion, located in Trassaco in Accra is a sight for sore eyes.

Jackie Appiah has been in the movie industry for over 2 decades now.

Her first  appearance on screen was in the TV series Things We Do For Love, where she played the role of Enyonam Blagogee. She later took part in Tentacles, Games People Play, Sun-city and many other TV series. Jackie has since acted in over 30 movies both home and abroad.

She has also appeared on several billboards and TV commercials in Ghana including a GSMF advert on protection against HIV AIDS.
Related Topics:
Up Next

Eyinatayo Iluyomade, a 19-year-old Lagos-based comedian, has been arrested and charged to court for saying an expensive joke. END_OF_DOCUMENT_TOKEN_TO_BE_REPLACED

Despite the public not being privy to the romantic life of Ghanaian actress Salma Mumin, she has revealed her heart has been broken several times. END_OF_DOCUMENT_TOKEN_TO_BE_REPLACED

The Lioness of Africa, Wiyaala and the King of African Dancehall, Shatta Wale on Saturday, August 13, 2022, rocked the Summer Stage in New York City. END_OF_DOCUMENT_TOKEN_TO_BE_REPLACED

Legendary Ghanaian rapper, Tinny has descended heavily on Stonebwoy and Mercury Quaye over some comments they had made on radio concerning the confiscation of his car. END_OF_DOCUMENT_TOKEN_TO_BE_REPLACED

Ghanaian music artist and music connect, Smallgod has stated that despite having over 15 years experience in the music scene, he worked hard to get all the love he’s getting from big names in the music scene. END_OF_DOCUMENT_TOKEN_TO_BE_REPLACED