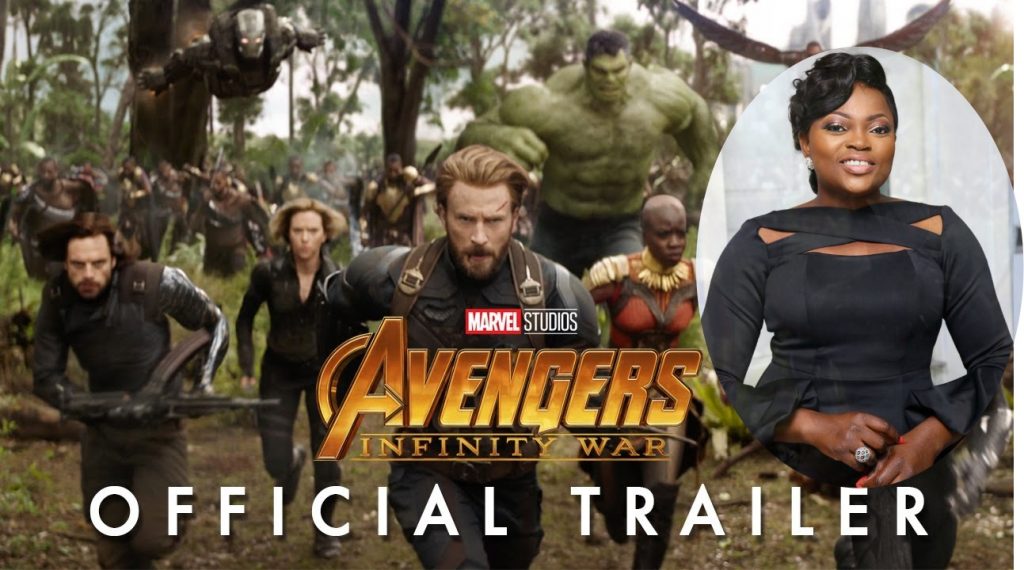 While many black people around the world are excited about the release of ‘Black Panther’, the first major film on a black superhero, Nigerians can now join the joy as  Nollywood actress, Funke Akindele, has been casted in Marvel Studios’ Avengers: Infinity Wars. Akindele’s name was published on IMDB, where it was revealed she will be an unnamed member of the Dora Milaje. Meaning ‘The Adored Ones’, Dora Milaje members are highly skilled in the use of various weapons and styles of martial art. It is a team of women who serve as personal bodyguards of the Black Panther, the spiritual leader of Wakanda. Akindele, however, has said nothing about the movie feature.Other big names in the movie set to be released later in 2018 are Scarlett Johansson, Bernicio Del Toro and Chris Evans. Bradley Cooper and Vin Diesel feature in voice acting roles. In the sequel to Avengers: Age of Ultron , Iron Man, Thor, the Hulk and the rest of the Avengers unite to battle their most powerful enemy yet — the evil Thanos. On a mission to collect all six Infinity Stones, Thanos plans to use the artifacts to inflict his twisted will on reality. The fate of the planet and existence itself has never been more uncertain as everything the Avengers have fought for has led up to this moment. https://youtu.be/6ZfuNTqbHE]]>

Broadcaster, Serwaa Amihere has advised women not to put too much stress on their men as they may be going through a lot. END_OF_DOCUMENT_TOKEN_TO_BE_REPLACED

Dr. Edem Mahu from the University of Ghana, has received the “Africa Award for Research Excellence in Ocean Sciences” from AGU. END_OF_DOCUMENT_TOKEN_TO_BE_REPLACED

A brand-new Alisa Hotel location in Tema was unveiled on Friday, September 30, 2022 in pomp.  END_OF_DOCUMENT_TOKEN_TO_BE_REPLACED

With effect from October 1, 2022, Brussels Airlines will be one of many European airlines utilizing Aviance Ghana Limited’s services for all of its passenger and ground handling activities. END_OF_DOCUMENT_TOKEN_TO_BE_REPLACED

Music producer and artist Nektunez has a new family. END_OF_DOCUMENT_TOKEN_TO_BE_REPLACED