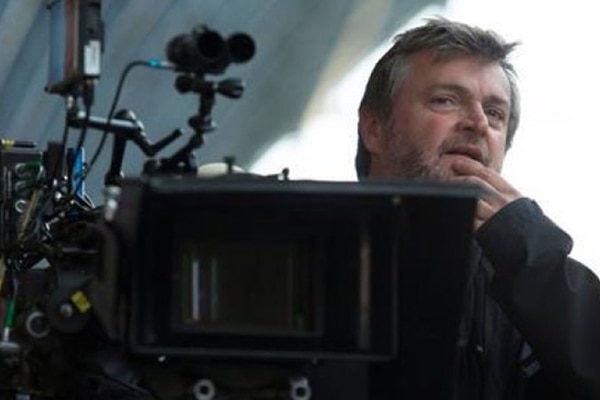 Mark Milsome dies filming in Ghana[/caption] Veteran film and TV camera operator Mark Milsome has died while filming a stunt sequence in Ghana. His agent Sarah Prince confirmed the news to Deadline, saying a incident occurred while he was shooting for BBC/Netflixdrama The Forgiving Earth. Details of the weekend incident are not fully known. “We have very little information at present,” Prince said. “The production company have confirmed that an investigation is underway. It occurred on a night shoot during a stunt sequence.” The BBC has halted production on the drama The Forgiving Earth in the wake of cameraman Mark Milsome’s on-set death. “We are deeply shocked and saddened to hear this terrible news,” the UK pubcaster said in a statement. “Mark Milsome was hugely talented and a much respected colleague. Our thoughts are with Mark’s family and friends at this incredibly difficult time.”

The UK-born Milsome’s TV credits include Sherlock, Call the Midwife, 24: Live Another Day, Game of Thrones and The Durrells. He had also worked in various capacities on such films as Saving Private Ryan, Finding Neverland, The Constant Gardener, The History Boys, Quantum of Solace, My Week With Marilyn and The Theory of Everything. The Forgiving Earth, formerly Black Earth Rising, is described as a labyrinthine thriller about the prosecution of international war crimes and the personal, legal and political turmoil it ignites. Hugo Blick is writer-director, with Drama Republic producing. BBC Two is the UK broadcaster with Netflix holding global rights outside the UK. Blick and Drama Republic said, “It is with huge sadness that we confirm the death of Mark Milsome, a camera operator who was working with us on the Netflix/BBC production The Forgiving Earth. We are all completely devastated. Mark was such a wonderful, kind and generous person. All our thoughts and condolences are with Mark’s family and his close friends at this tragic time. Giving them our support and focus is our number one priority.” The BBC issued a statement today: “We are deeply shocked and saddened to hear this terrible news. Mark Milsome was hugely talented and a much respected colleague. Our thoughts are with Mark’s family and friends at this incredibly difficult time.” The Guild of British Camera Technicians also released a statement: “The GBCT Board and its membership are absolutely devastated by this tragic news. Mark Milsome was not only an incredibly talented camera operator, he was also one of the kindest and sweetest of human beings. He will be greatly missed. Thoughts and prayers are with Mark’s family at this awful time.” Said Netflix, “Our deepest condolences go out to Mark’s family and friends. We were shocked to hear of this tragic loss, and our hearts go out to all those that knew him and worked alongside him.” Milsome’s agent Prince added, “We — his family, friends and colleagues — are devastated by this loss. He was the most gentle and generous man. Giving of his time, talent and loyalty. A rare, universally admired and genuinely loved member of the film industry family. He will be so sorely missed.”
]]>
Related Topics:
Up Next

Time to step up and experience next-level entertainment with DStv