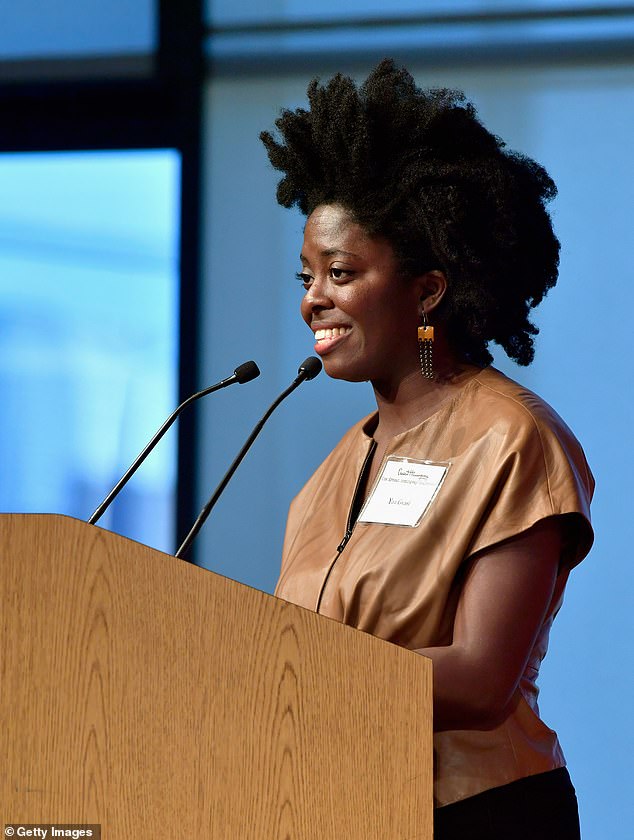 A Georgia parent was stopped from reading an excerpt from a book at a school board meeting last week because it was ‘inappropriate,’ even as the novel remains available to high school students in the district.

Michelle Brown attended a Cherokee County school board meeting last Thursday demanding answers about the inclusion of Homegoing by Yaa Gyasi in the schools’ libraries.

After explaining the complicated bureaucratic process for having a book removed from shelves, Brown began reading from the award-winning novel in a bid to illustrate why it should be banned from the 42,000-student district.

‘Excited now, he pushed into her as she squeezed her eyes as tightly as she could,’ she read.

‘Her tongue circled her lips. He pushed harder, his breath heavy and labored. She scratched his back and he cried out. She bit his ear and pulled his hair,’ she continued, adding, ‘There’s lot more too it. It’s Fifty Shades of Grey in CCSD.’ 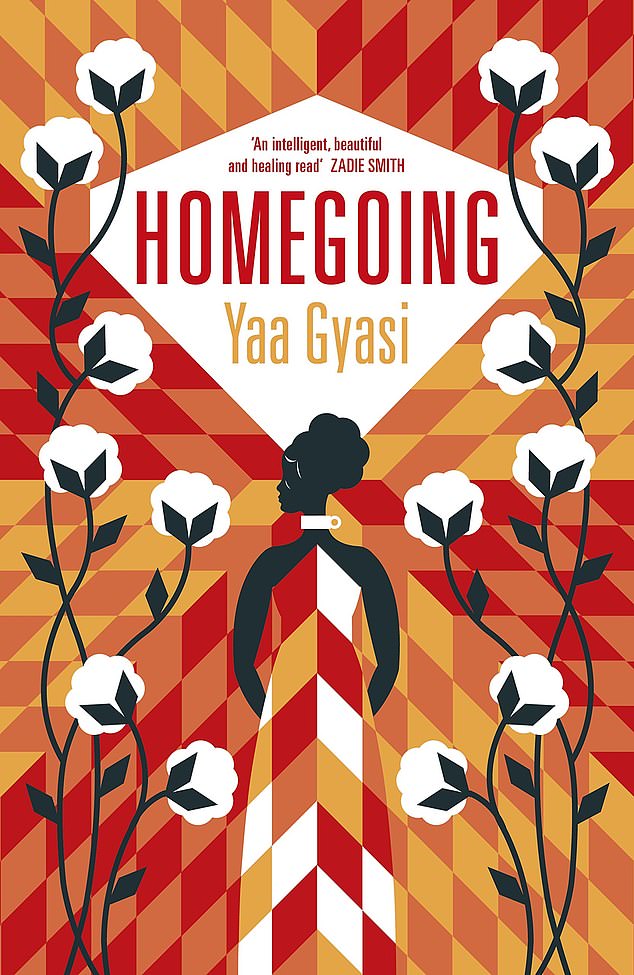 Published in 2016, Homegoing tells the tale of two African half-sisters born in the mid-18th century who grow up to have vastly different lives as a consequence of the slave trade.

As Brown ranted about the book – which is not being used in classroom instruction – board member Patsy Jordan cut her off.

‘Excuse me, excuse me, we have children’s at home. It’s live streaming, and it’s really not appropriate for you to read that,’ Jordan said.

‘Don’t you find the irony in that?’ Brown shouted, at one point smacking the lectern. ‘You’re exactly saying exactly what I’m telling you! You’re giving it to our children! I would never give this to my children!’

‘It’s not OK! You are supposed to be giving them a safe space in school. These books? If I can’t email them to you, if I can’t say them, they shouldn’t be in the school!’

Brown walked away to applause from the audience.

Homegoing was written by Ghanaian-American novelist Yaa Gyasi, 33, and published in 2016.

It tells the tale of two half-sisters born in Ghana in the mid-18th century who grow up to have incredibly different lives. Effia marries a British governor of Cap Coast Castle and lives in luxury, while her sister Esi is captured during a raid on her village and held in a dungeon under Effia before she is put on a slave ship.

The book then follows the lives of the two sisters’ descendants as it charts how the legacy of slavery affects them in the present.

Related Topics:Yaa Gyasi
Up Next

Jussie Smollett’s Brother Calls Out The State Of Illinois

As earlier reported, on Wednesday (June 29), R. Kelly received 30 years in federal prison for sex trafficking and racketeering. Today (July 1), new details have been shared regarding the terms of his sentencing. According to reports, the “Ignition” singer must undergo sexual treatment if he is ever released. END_OF_DOCUMENT_TOKEN_TO_BE_REPLACED

US based British comedian/TV host, James Corden went to the White House as part of a segment for his tv show ‘The Late Late Show’ and posed as president Joe Biden’s personal assistant . END_OF_DOCUMENT_TOKEN_TO_BE_REPLACED

Taylor Swift is engaged to her British boyfriend Joe Alwyn, according to reports. END_OF_DOCUMENT_TOKEN_TO_BE_REPLACED

INTERPOL, in collaboration with the US Secret Service, South African Police and other agencies, has arrested an alleged Nigerian cybercrime kingpin, James Aliyu, in connection with $12m romance scam and business email compromise fraud. END_OF_DOCUMENT_TOKEN_TO_BE_REPLACED