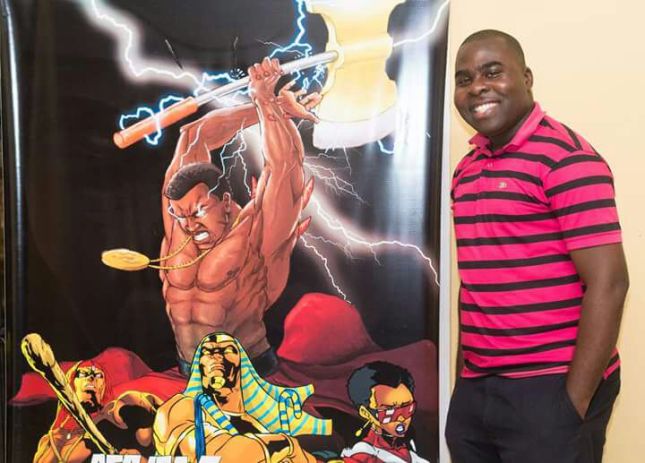 Ghana is becoming increasingly welcome to all forms of gaming. Not only is a Ghanaian video game company making its way into the market, but governing bodies are making a huge push for eSports to become established in the country.

People are embracing games of all sorts like never before in Ghana, and innovative companies are more than willing to facilitate the ever-growing audience. Now, Ghana is home to an exciting game developer and a determined eSports organization, which, in turn, has encouraged other gaming organizations to offer their titles to the people of Ghana – further enhancing the scene in the country.

Before Leti Arts, there wasn’t a gaming industry in Ghana, let alone in Sub-Saharan Africa, so when Eyram Tawia took the bold step to establish Leti Arts, he started a revolution.

Tawia says that he grew up with comic books and video games, using a combination of the two to spark the company’s flagship game, Africa’s Legends. The game has been so popular and groundbreaking that Leti Arts is at work on an online and mobile sequel, Africa’s Legends: Reawakening, which features heroes from all over Africa.

Leti Arts continues to grow its profile, being nominated and winning numerous awards and attending major gaming events. Earlier this year, the gaming company was invited to Paris Games Week, putting on a showcase of their creations.

We are live at @ParisGamesWeek!!! How cool is our booth? pic.twitter.com/7WdDXTbHsX

Much like in any other form of sport, the only way for a country to establish itself as an international leader is to start from the ground up and compete against others to continue to improve.

This is the process being put in place by the Ghana Electronic Sports Association, which acts as a bridge between the government, the gaming industry, and the Ghanaian gaming community. The Association has been aggressive and direct in its attempts to get the government to fund eSports exploits, which bodes well for the emerging sector under its wing.

Competitive gaming tournaments are happing all over Ghana now. The Golden Hour eSports tournament, Ghana Master League, and MTN iFest all took place in 2019 to the joy of fans in the country. They were very successful, and there are already plans taking shape to bring more eSports to Ghana in 2020.

A strong sign of a flourishing national industry is that brands from outside the country want to offer their services. It’s a clear indicator that the market is doing well and that there’s a demand for more gaming services, in this case.

One industry that is always keen to explore new jurisdictions and expand its offering is that of iGaming. Featuring hundreds of different games, the online casino platform has decided that the Ghana gaming community is healthy enough for it to start offering its games in the country. The likes of Neon City, Rich Wilde and the Tome of Madness, Starburst, and Mother of Horus are all very popular around the world and look set to expand their player base with their introduction to Ghana.

As gaming of all kinds becomes more available across the country, the entertainment medium will inevitably become more popular. There’s already a strong foundation of gaming on consoles, mobiles, computers, and now in the competitive scene for Ghana, so the only way is up for the industry.

Down the line, the likes of Leti Arts and the Ghana Electronic Sports Association could be seen as pivotal pioneers for the industry in Africa.

EnvironWoMenTal Poetry Slam: A Case for the Environment