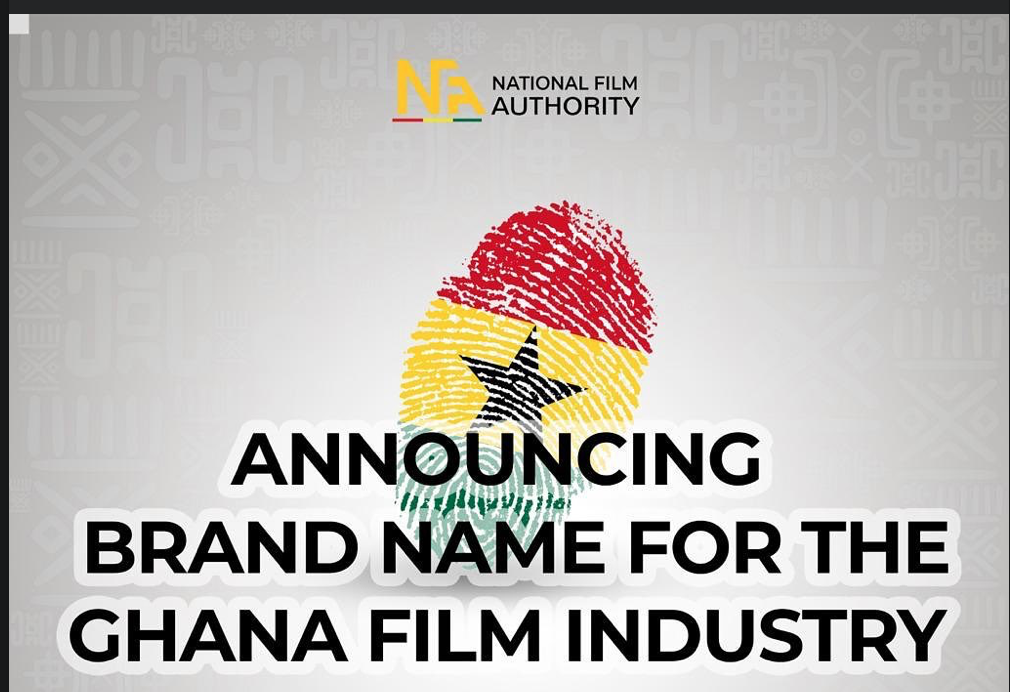 The new name “Blackstar Films,” was out doored on Wednesday, December, 8 at the Goldcoast Restaurant and Cocktail bar in Accra.

The change comes after years of being known as the “Ghanaian Film Industry,” with other tags like, Ghallywood and Kumawood.

According to the NFA, their agenda of making Ghana a content and co-production hub led to the decision to rebrand.

A statement on the NFA’s Facebook page from the launch of the name reads;

“As the Nation of Ghana steps up and out to attract the world to Ghana in its drive to position Ghana as a content and co-production hub, as well as a shooting destination, sentiments from Ghanaians, called for a deliberate brand that speaks to the pathos and ethos of the Ghanaian people.”

“Blackstar Films” was picked from a total of 400 names that were suggested by the general public when the process for the rebrand started over a year ago.

Watch video from the launch below;

Blackstar Films? Wake me up- Gloria Sarfo reacts to rebrand of the Ghana movie industry

The Adentan Circuit Court on Tuesday, 18 January 2022, issued a warrant for the arrest of Deputy Minister of Tourism, Arts and Culture Mark Okraku Mantey. END_OF_DOCUMENT_TOKEN_TO_BE_REPLACED

KiDi’s global hit “TOUCH IT” which went viral on social media has been nominated for ‘Outstanding International Song’ at the 53rd National Association for the Advancement of Colored People (NACCP) Image Awards. END_OF_DOCUMENT_TOKEN_TO_BE_REPLACED

Actress Adowa Pee who is famed for her role in the popular Sunday Cantata drama on GTV has been hit with a health condition she is struggling to manage and has publicly called for help. END_OF_DOCUMENT_TOKEN_TO_BE_REPLACED

One of Ghana’s most celebrated food vloggers watched and loved worldwide, Sweet Adjeley has disclosed the question most of her Ghanaian audience wants answers to. END_OF_DOCUMENT_TOKEN_TO_BE_REPLACED