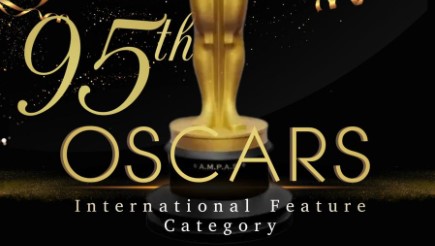 The 95th Oscars will take place on Sunday, March 12, 2023, at the Dolby Theatre in Los Angeles, California.

An international film is a feature-length motion picture (over 40 minutes) produced outside the United States of America and its territories with a predominantly (more than 50%) non-English dialogue track. Animated and documentary feature films are permitted.

In a press statement released by the Committee, it stated, that to be eligible for the 95th Academy Awards: International Feature Film Category, films must meet all qualifications in their respective categories, including requirements pertaining to theatrical releases and exhibition formats.

It added that film festival participation does not qualify a film in the International Feature Film category. Films must comply with all other eligibility requirements for the 95th Academy Awards.

The committee warned, that entries that do not meet the regulations will not be considered.
For a complete set of rules, please refer to the Rules and Eligibility page or click on the  links below:
Rules & Eligibility page.
COMPLETE AWARDS RULES
https://www.oscars.org/sites/oscars/files/94aa_international_feature.pdf

All submissions must be made through Film Freeway cost-saving, paperless submission to film festivals around the world. Film Freeway’s internet-only submission platform features online applications via one master entry form, online fee payments, press kits, and the option to use Secure Online Screeners, an economical, eco-friendly, and secure alternative to traditional hard-copy DVD submissions.
https://filmfreeway.comForeignLanguageSubmissionGhana

The deadline for submission is September 20, 2022. Entries received after the submission deadline will not be accepted.

Related Topics:95th ACADEMY AWARDS
Up Next

Broadcaster, Serwaa Amihere has advised women not to put too much stress on their men as they may be going through a lot. END_OF_DOCUMENT_TOKEN_TO_BE_REPLACED

Dr. Edem Mahu from the University of Ghana, has received the “Africa Award for Research Excellence in Ocean Sciences” from AGU. END_OF_DOCUMENT_TOKEN_TO_BE_REPLACED

A brand-new Alisa Hotel location in Tema was unveiled on Friday, September 30, 2022 in pomp.  END_OF_DOCUMENT_TOKEN_TO_BE_REPLACED

With effect from October 1, 2022, Brussels Airlines will be one of many European airlines utilizing Aviance Ghana Limited’s services for all of its passenger and ground handling activities. END_OF_DOCUMENT_TOKEN_TO_BE_REPLACED

Music producer and artist Nektunez has a new family. END_OF_DOCUMENT_TOKEN_TO_BE_REPLACED