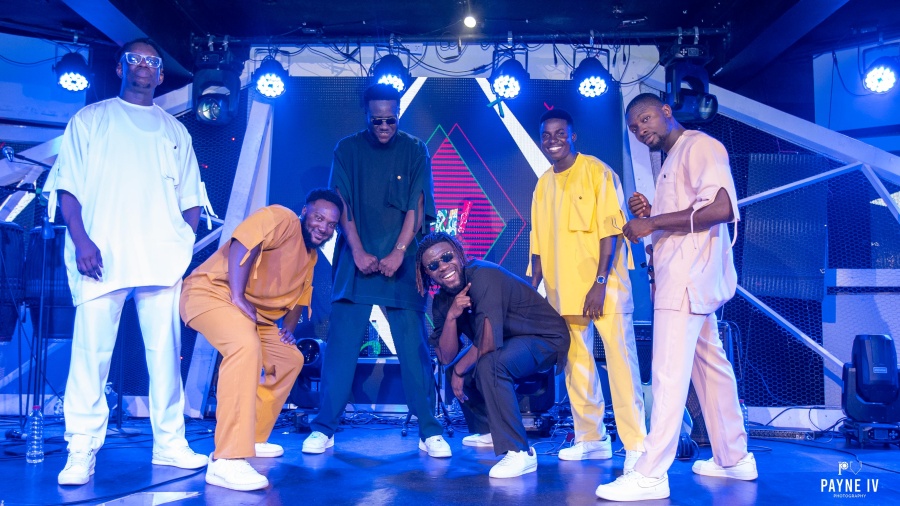 Ghanaian afrofusion band FRA! has once again made waves on the international front. The band has been honourably selected through a rigorous vetting process as one of the musical acts to showcase at the World Music Expo also known as WOMEX in October.

FRA! was started by a group of friends who had long had the desire to rejuvenate band culture and live music, taking the stage front and center as a band. The members of the band have various influences which span different genres while remaining true to their Ghanaian heritage hence the name FRA!, an Akan word meaning “mix”.

Read Also: Why Are Bloggers Not Appreciated In The Western Region – Boga Ali Hashim Fumes

Having been on tour in Europe and Africa in the years before COVID, the band is once again poised to grace WOMEX with their electrifying performances. The band organises a yearly concert known as FRA!ternity and has an album and several singles to their name including their much beloved classic, Happy Yourself feat Kyekyeku.

FRA! has been vouched for by many news outlets and described by Graphic Showbiz, for example, as a refreshingly new band that is delighting audiences.

The World Music Expo is an annual musical showcase that features music professionals and the most diverse and intriguing array of musical acts from all over the world who are intricately curated by a panel of elite judges. WOMEX takes place in Lisbon, Portugal from the 18th to 23rd of October.

Calista Amoateng, 16, has arrived in Ghana after winning the 2022 Miss Teen Tourism World pageant in the Philippines. END_OF_DOCUMENT_TOKEN_TO_BE_REPLACED

Ghanaian actor, Eddie Nartey has bemoaned the current high cost of living in the country. END_OF_DOCUMENT_TOKEN_TO_BE_REPLACED

Self-acclaimed “King of Dancehall” Shatta Wale has hit a major milestone in his music career. END_OF_DOCUMENT_TOKEN_TO_BE_REPLACED

Despite a nasty end to their engagement, Nigerian Afro-beats superstar, Davido and his ex-fiancé and baby mama, Chioma still have a great relationship. END_OF_DOCUMENT_TOKEN_TO_BE_REPLACED

Nigerian superstar, TuFace Idibia has publicly apologised to his wife, Annie Idibia for constantly causing her and his family pain. END_OF_DOCUMENT_TOKEN_TO_BE_REPLACED