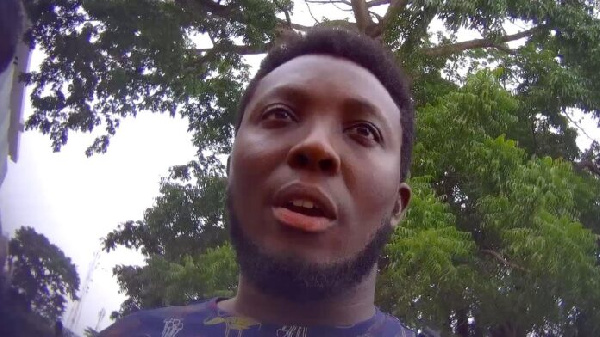 A Ghanaian architect alleged to be involved in a plot masterminded by some Russians to meddle in upcoming elections in the USA has been charged with money laundering.

Seth Wiredu was mentioned in a CNN investigative piece to be using social media accounts on Facebook, Twitter and Instagram — including ones called “Woke Blacks” and “Blacktivists” — to urge Americans to vote for third-party candidates or sit out the election entirely.

CNN’s investigation found the accounts created in Ghana were consistently coordinated, posting on the same topic within hours of each other.

Documents filed by Ghanaian prosecutors at the Circuit court indicates that Mr. Wiredu who is resident in Novgard, Russia had been engaging in online cyber scam and transferring various sums into Ghana.

These are monies he’s alleged to have obtained through the cyber crimes.

The documents further reveal he failed to justify the source of an amount of 82,443 cedis which he transferred to Ghana over a short period.

Related Topics:2020 US election
Up Next

Ghanaian singer Habyba is among the high-profile list of artistes that performed at the Afrika Tage Festival in Austria, Vienna on August 5, 2022. END_OF_DOCUMENT_TOKEN_TO_BE_REPLACED

Hiplife Grandpapa, Reggie Rockstone has reacted to claims by music duo Akatakyie that they are the originators of the Hiplife music genre in Ghana. END_OF_DOCUMENT_TOKEN_TO_BE_REPLACED

Nigerian singer Kizz Daniel has tendered an apology to his Tanzanian fans for failing to appear at a Summer Amplified Show, where he was scheduled to perform. END_OF_DOCUMENT_TOKEN_TO_BE_REPLACED