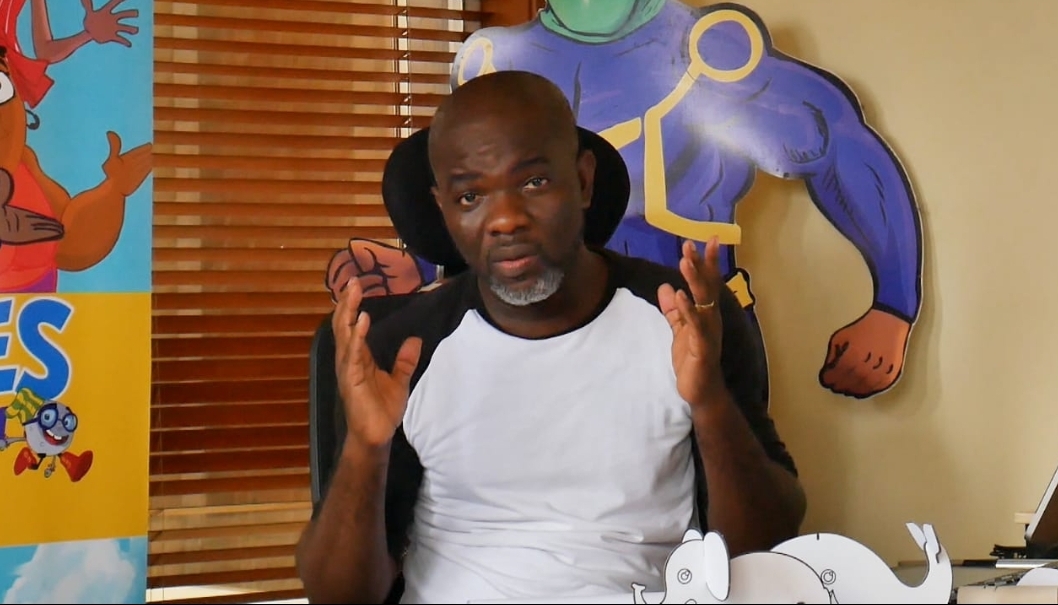 In these times of a pandemic that has kept us all mostly indoors, it would have been the best time in Africa for parents and grandparents to tell folklores to the kids. However, with the introduction of technology in our family settings, hardly do we spend time together sharing stories and their moral imports. These days, both parents and children have eyes constantly glued to screens. Thereby eroding the high essence of traditional African knowledge in the modern family system.

A sure way of remedying this rather worsening situation is by digitizing our stories. In light of this, TheAfricanDream.net looks at the life of a Ghanaian animator who digitizes and catalogs centuries-old African fables, he is Cecil Jones Abban.

Cecil who derived his birth and infant nurture from Accra, the capital city of Ghana, had his basic education there too, at Soul Clinic International. He attended Labone Secondary School also in Accra before proceeding to Kwame Nkrumah University of Science and Technology where he read a BSc in Pharmacy.

In an interview with Oral Ofori of TheAfricanDream.net Cecil was asked how he ended up as a professional animator, and he said after working for Pills & Tabs as a pharmacist for eight years, he decided to follow his passion for animation which was propelled by practical assistance from Alex Bannerman and Samuel Quartey of Ghana’s National Film and Television Institute (NAFTI).

“My reasons for creating animations is to tell the African story the African way from an African perspective and to create fascinating superheroes and rebrand our legendary ‘Kweku Ananse’ [of Ghanaian folklore] to make the character relevant again for our kids and also preserve rich history through cartoons and animation.“

For this part-time pharmacist it was fun selling prescribed drugs, but harder doing it when your mind is filled with inspired works by greats in the animation world like Marvel and Asterix comics that was later added on by “my animation mentor, Alex Bannerman, and my own brother, Jeffrey Abban all of which made me decide that becoming an animator was what was going to free my soul and positively impact lives while having fun.“

TheAfricanDream.net acknowledges there is a deficiency of locally-made TV shows for children in Ghana, therefore we asked Cecil what the animation industry is doing to better the situation. His response was that his Parables Animation Studio as a firm has been producing animated contents and live shows for the Ghanaian child and audience to help plug this gap. “We help create characters and storylines reflecting the Ghanaian culture that also promote good morals. With a heavy focus on Kwaku Ananse, we are helping to digitalize and catalog centuries-old fables and also resurrect their unflinching and not decaying relevance to Ghana and Africa,” Cecil explained.

Cecil and his Parables Animation Studio are producing great contents but very little is seen on television channels in Ghana, so TheAfricanDream.net asked him what were the challenges precluding his progress, to which he did mention unavailability of distribution outlets and inadequate funding for animation.

No pay deflates the dream, but passion to become a global brand keeps it alive

In Cecil’s own words: “After numerous efforts to secure funding and distribution outlets for my works failed, I felt a strong urge to give up. It got to the point where I could no longer self-finance because I had to adjust to my newly married life with kids. I had to resort to making animated TV commercials to raise my own funds but that too proved challenging as most clients were not willing to pay for the creativity.“

The animator continued: “It was deflating to see my works on air but never getting paid for its real worth. Eventually, I decided to seek solace in the fact that even though I was not getting paid well, I was helping to make a difference in the lives of my young audience and corporate client, believing that one day fortune may smile my way.” Talking to TheAfricanDream.net about his dreams, Cecil said “I would love to have a working relationship with NETFLIX and Cartoon Network, seeing how demand for genuine African content is rapidly rising in the creative sphere globally, but eventually I’d love to become a global brand and to also see Africa establish her own creative media repository behemoth.“

Cecil first got recognized in the animation industry for his maiden work titled ‘Ananse must die’, Ghana’s first animated feature film in 2007. It was followed by 28th the Crossroads in 2008. Cecil tells us that this year with his brother’s collaboration they have embarked on a number of projects including the remaking of 28th the Crossroads, a film recounting events that served as a catalyst to Ghana’s independence, the Mighty Joo episodes, video tutorials on their YouTube channel, and digitizing more Ananse storybooks for kids.

Find Parables on Facebook by searching Parables Animation studios. They are on Instagram as parables_gh and YouTube as parables studios, Ananse Tales. Enjoy a video sample of Cecil’s work below

The Ghanaians with director credits on Beyonce’s ‘Black Is King’