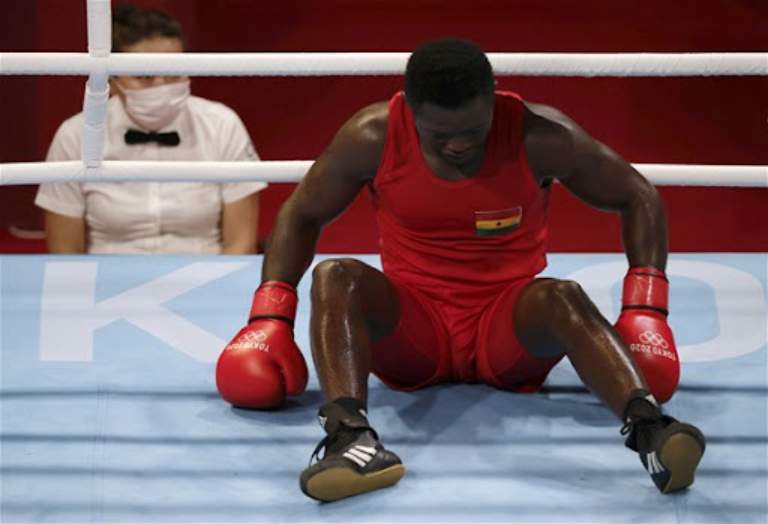 Ghanaian boxer Shakul Samed has been suspended from the Commonwealth Games after testing positive for a banned substance at the competition in Birmingham, officials said on Friday.

Samed’s A sample was found to contain the banned diuretic and masking agent Furosemide, the Commonwealth Games Federation said in a statement.

“He has therefore been suspended with immediate effect,” the statement said.

“He will now have the opportunity to provide further information, including requesting analysis of his B sample, before any charge is issued.”

Samed could not be reached for comment and the Ghana Boxing Federation did not immediately respond to a request for comment.

The light-heavyweight boxer was scheduled to face Luc Jean Rosalba on Friday but did not show up for the weigh in.

Samed, who competed at the 2020 Tokyo Olympics, is the first athlete to fail a drug test at the Birmingham Games, which began on Friday.

Related Topics:Shakul Samed
Up Next

What a time to be an African! On the back of a successful Global Citizen Festival in Accra, and a visit of  Recording Academy CEO, Harvey Mason Jr to Ghana, his first trip to West Africa, it appears that Afrobeats may soon get its individual shine at the Grammys! END_OF_DOCUMENT_TOKEN_TO_BE_REPLACED

The School of Graduate Studies of the University of Professional Studies (UPSA) has honoured Ghanaian musician, Rebecca Acheampong known popularly as Becca for her outstanding academic achievements. END_OF_DOCUMENT_TOKEN_TO_BE_REPLACED

Platinum selling artist, KiDi has reacted to the resurfacing of his old tweets on the social media platform. END_OF_DOCUMENT_TOKEN_TO_BE_REPLACED