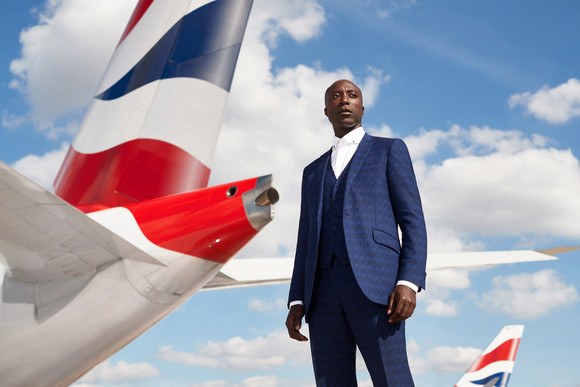 Ghanaian-British Ozwald Boateng to design new British Airways Uniforms[/caption] Ozwald Boateng OBE of Savile Row tailoring is the next in the line-up of British designers to develop uniforms for the airline. Boateng, who is known for bringing a modern contemporary twist to the classic British institution of tailoring, will be designing a collection for the airline’s 32,000 employees who wear a uniform as part of their role. The new uniform will form an important part of the airline’s celebrations for its Centenary next year. Alex Cruz, British Airways’ Chairman and Chief Executive, in a press statement said: “Our uniforms have been an iconic symbol of our brand throughout our 100-year history and our partnership with Ozwald will take us forward to the next chapter in our journey.” Responding to his new task, Ozwald Boateng OBE, stated: “I am really excited about creating this new uniform for British Airways. It is important for me to create something that makes all of British Airways’ 32,000 uniform-wearing employees across the world excited, at the same time as enabling me to really demonstrate my skills as a designer. British Airways is investing £4.5 billion over the next five years and the uniform I design will form part of that, so I’m looking forward to taking a uniform and refining it into a collection.” [caption id="attachment_127669" align="alignnone" width="365"] 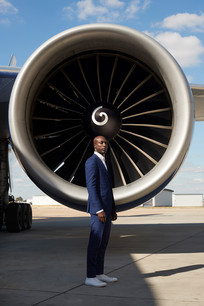 Ghanaian-British Ozwald Boateng to design new British Airways Uniforms[/caption] Ozwald started his career in fashion in 1986 and became the first tailor to host a catwalk show at Paris Fashion Week. As well as being the youngest tailor to open a store in Savile Row, he was also the Creative Director at Givenchy Homme from 2002 to 2006.]]>

Bose Ogulu has told her son Burna Boy to “tone down the madness” as she celebrated his birthday. END_OF_DOCUMENT_TOKEN_TO_BE_REPLACED

The Hewale Lala (Song Of strength) hit maker Perez Musik gets ready to have his first-ever major concert. END_OF_DOCUMENT_TOKEN_TO_BE_REPLACED

Kofi Sonny, CEO of 610Music, a direct representative for Universal Music Group in Africa, unveiled two of his newly signed artistes to the world over the weekend. The event pulled in dignitaries from all over the globe to witness what many have dubbed “the birth of greatness.” END_OF_DOCUMENT_TOKEN_TO_BE_REPLACED

GuiltyBeatz is ringing in the summer! The Grammy-nominated Ghanaian producer and DJ is back with another dazzling solo effort – an Amapiano-infused dance anthem ‘Universe’ featuring Pop sensation, Mr Hudson and buzzing Ghanaian singer, Twitch 4EVA. END_OF_DOCUMENT_TOKEN_TO_BE_REPLACED