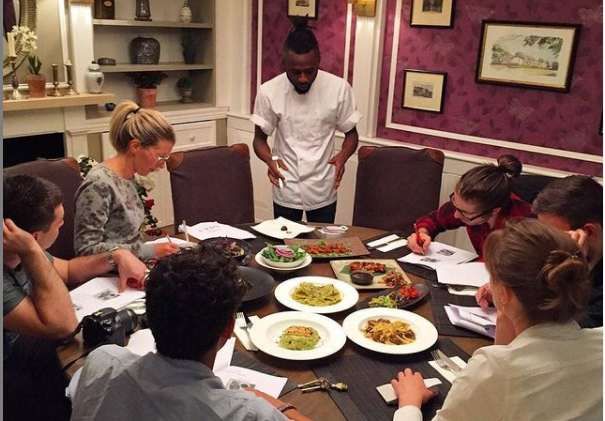 Being a chef is a challenging job and even more challenging if you’re black and working in Italy according to Chef Lupino.

Born Michael to Ghanaian parents, Chef Lupino found his love for cooking at the young age. By 14 years, he was talking cooking lessons in a culinary school. At age 18, he took the challenge of being a head chef after his former boss was sacked.

“I become a chef at 18, my head chef was drunk one day and they sacked him. I was a sous-chef (a chef who is “the second in command in a kitchen; the person ranking next after the executive chef.”) To be a sous-chef being a black is a big thing. It takes a lot of hard work to be the head chef. I was on trail for the first year before getting the head chef title which I have held for the past 6 years”

Over the years Chef Lupino has established himself as an international chef who has opened restaurants, consulted for new restaurants and taught others how to cook and develop themselves as chefs.

Related Topics:Chef Lupino
Up Next

This is why a night at Waldorf Astoria’s new Maldives private island could cost you $80,000