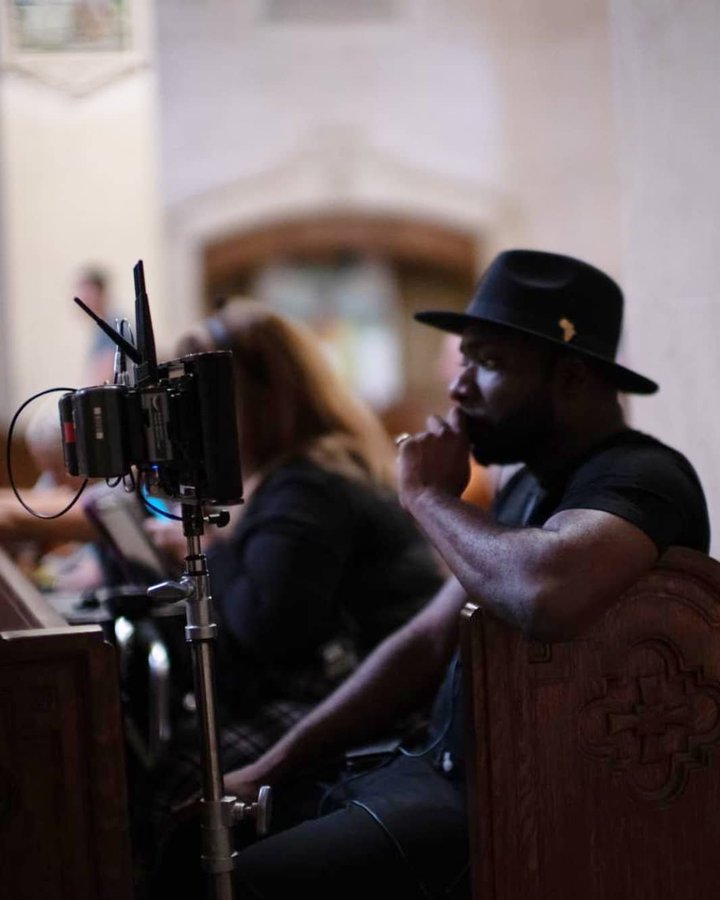 Ghanaian rapper and film director, Blitz Bazawule also known as “Blitz The Ambassador” has confirmed his involvement of directing in two episodes of the upcoming African-American anthology series, “Cherish the Day” premiering on the Oprah Winfrey Network in February 2020.

2019 had many highlights but getting to direct the legendary Cicely Tyson on #CherishTheDay tops my list. Her grace and mastery of craft was awe inspiring. Can't wait for y'all to see this beautiful anthology series by @Ava Feb 2020. @OWNTV 🙏🏿 pic.twitter.com/Eu2NdKRAoz

The television series; “Cherish the Day,” which is set for February 2020 will document the ups and downs of a relationship between a single couple, capturing the every day and the extraordinary, with each episode spanning 24 hours.
Chapter One of the series stars Xosha Roquemore as Gently James and Alano Miller as Evan Fisher, a young couple who meet and fall in love in Los Angeles. The first season will span five years and unfold over eight episodes.
The legendary actress Cicely Tyson will join Roquemore and Miller as Miss Luma Lee Langston, a renowned star of stage and screen of decades past.
Following his popular film ‘The Burial of Kojo’ that debuted on Netflix, Blitz Bazawule made history as the first Ghanaian produced and directed film to be eligible for the 2020 Golden Globes Awards.
The 2018 drama film was set, written and directed by Blitz Bazawule and filmed entirely in Ghana. He also produced the film alongside Ghanaian actress Ama K. Abebrese and Kwaku Obeng.

Related Topics:Blitz the Ambassador
Up Next

Viola Davis makes a stunning transformation in the new trailer for ‘The Woman King’, in which she plays Nanisca, leader of the all-female warriors known as the Agojie. END_OF_DOCUMENT_TOKEN_TO_BE_REPLACED

African-American businessman and jet broker Kelvin Mensah, popularly known as PJKev has added his voice to the many people against the building of the National Cathedral. END_OF_DOCUMENT_TOKEN_TO_BE_REPLACED

Nigerian hip-hop artiste, Eedris Abdulkareem has disclosed that he is battling kidney failure and will have a surgical operation at the end of July. END_OF_DOCUMENT_TOKEN_TO_BE_REPLACED

According to reports from Nigeria, unidentified gunmen have attacked an ‘advance team’ of President Buhari’s presidential aides leading to injuries to two people. END_OF_DOCUMENT_TOKEN_TO_BE_REPLACED

Sensational highlife/afrobeat artist KiDi has said that his dream is to collaborate with Daddy Lumba on a song. END_OF_DOCUMENT_TOKEN_TO_BE_REPLACED