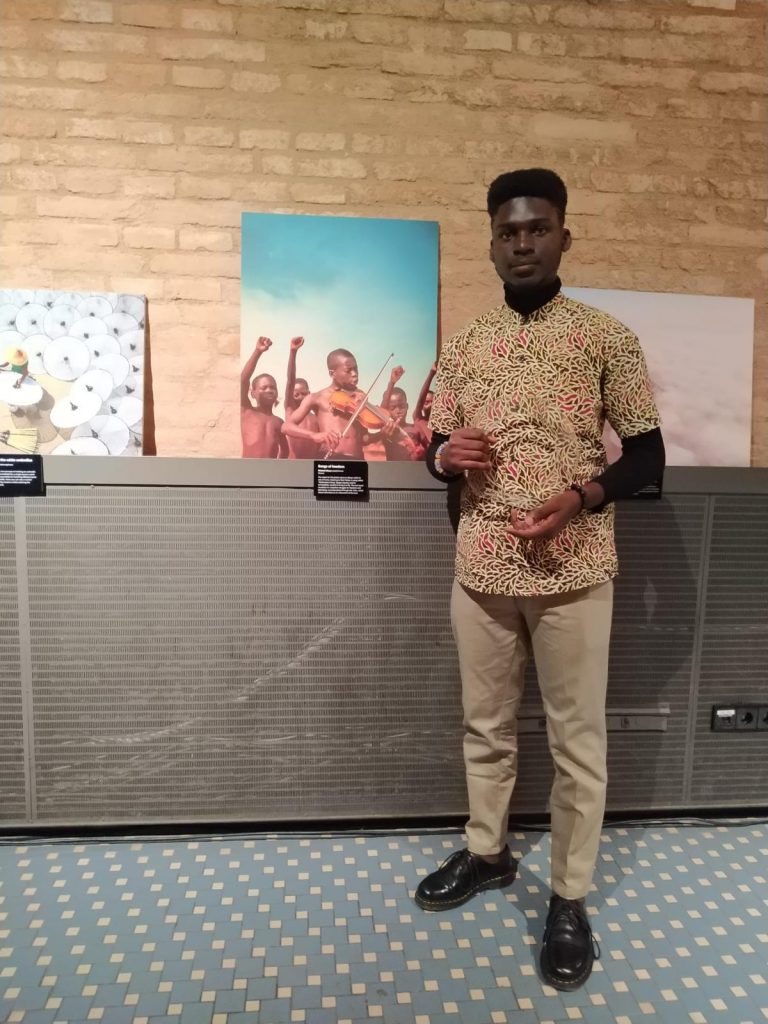 A Ghanaian photographer, Michael Aboya, has been crowned winner for Best Photo of the Year at the 2019 Agora Awards held in Barcelona, Spain.

The competition was hosted by free-to-use photography app, Agora, and received over 130,000 submissions from 193 countries.

The event featured exhibition of 50 finalists of the competition with the collaboration of Fujifilm, a Japanese multinational photography and Kitoli laboratory.

Michael’s ‘Songs of Freedom’ photo garnered more than 500,000 votes and was voted Best Photo of the Year, awarding its author with a prize of $25,000.

‘Songs of Freedom’ was shot in La, one of Ghana’s oldest neighbourhoods located in the coastal part of Accra. According to Michael Aboya, the vision for ‘Songs of Freedom’ came to him while listening to Bob Marley’s ‘Redemption Song’ at home, and where upon he conceived the idea to bring it back to life.

“I moved to the beach a few hours after listening to the song and gathered a group of kids to pose for the camera. A kid in particular had the most expression among them and became the focus of the image,” he said.

With his photos, Michael Aboya aims to inspire a change in how people perceive Ghana, and generally the African continent.

Michael’s passion for arts and photography started in 2014 when he suddenly lost his dad and had to drop out of school.

He used his little savings meant for his tuition to buy his first professional camera to pursue his passion in photography.

“This award means a lot to me since it is a prize for the many years of sacrifice, and following my passion,” he said.

Pete Edochie replies lady who called him a ‘bad actor’

Bose Ogulu has told her son Burna Boy to “tone down the madness” as she celebrated his birthday. END_OF_DOCUMENT_TOKEN_TO_BE_REPLACED

The Hewale Lala (Song Of strength) hit maker Perez Musik gets ready to have his first-ever major concert. END_OF_DOCUMENT_TOKEN_TO_BE_REPLACED

Kofi Sonny, CEO of 610Music, a direct representative for Universal Music Group in Africa, unveiled two of his newly signed artistes to the world over the weekend. The event pulled in dignitaries from all over the globe to witness what many have dubbed “the birth of greatness.” END_OF_DOCUMENT_TOKEN_TO_BE_REPLACED