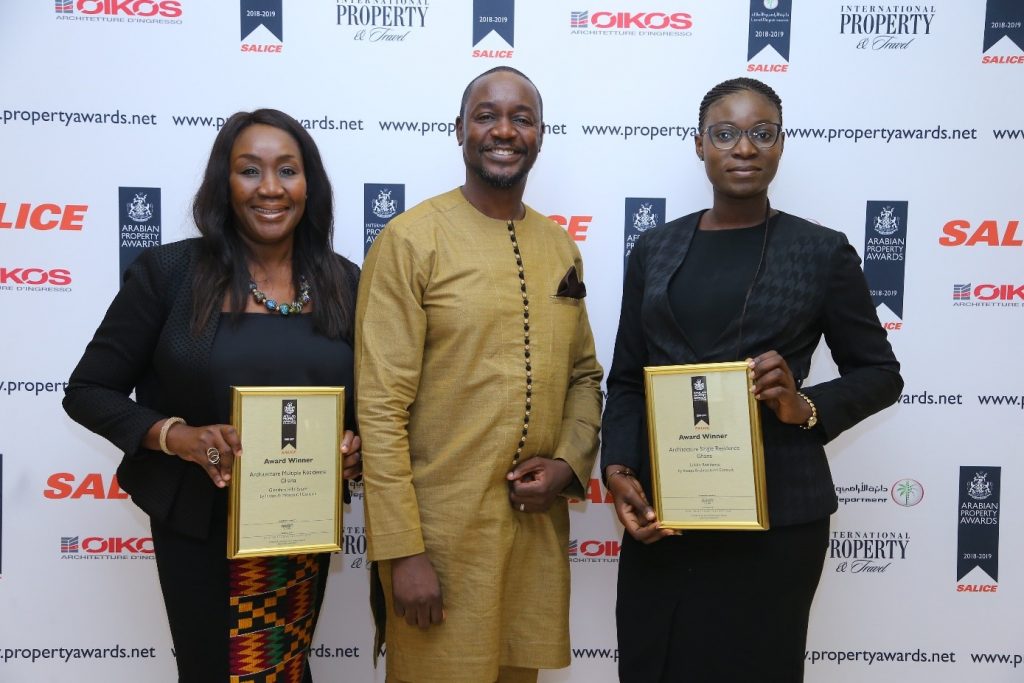 The awards ceremony, already in their 25th year, is one of the largest, most prestigious, and widely recognized awards programs celebrating the highest levels of achievement by companies operating in real estate, architecture, interior designer and property management within Africa and the Middle East region and who will later  compete with other regions in various categories as part of the International Property Awards as a whole.     The judging panel was chaired by Lord Caithness , Lord Best, The Earl of Liverpool, and Lord Thurso, highly respected members of the House of Lords in the UK Parliament and an independent panel of 80 industry experts who focus on design, quality, service, innovation, originality, and commitment to sustainability.   IAC’s twoaward-winningdesigns were the luxurious Glenshire Hills Estate; located in the Burma Hills Area which constitutes a gated community of 30 contemporary cuboid designed  homes  within a garden oasis across 6 acres.   The second award was for ‘the Rwenzori’, an impressive family house majestically perched in the Akropong Hills; an innovative design concept which honoursspace and light,a true testament to green, tropicalarchitecture and anicon within the peaceful green environment in which it is set.   The glittering awards ceremony held in the magnificent Waldorf Astoria Palm Jumeirah Hotel Dubai also played host to the IPAX Africa & Arabia exhibition where top industry suppliers were at hand to showcase their products and services, whilst delegates networked with the very best industry professional and decision makers across the Africa and Arabia regions   In an interview at the end of the ceremony, the Principal Architect of IAC Cecil Abbey said, on receiving the awards, “It was indeed a moment of pride for the firm to win the international awards and be counted amongst some of the top brands in the real estate industry”.   This recognition further validates the competence and efforts that home grown Ghanaian architectural firms and architects can produce which match international standards. The awards have inspired his team to keep striving for greater heights of excellence in order to continuously place Ghana on the map of global architectural excellence.  ]]>
Related Topics:Arabia Property AwardsIncept Architectural Consult
Up Next

The Rise of a Pheonix – Meet Renner