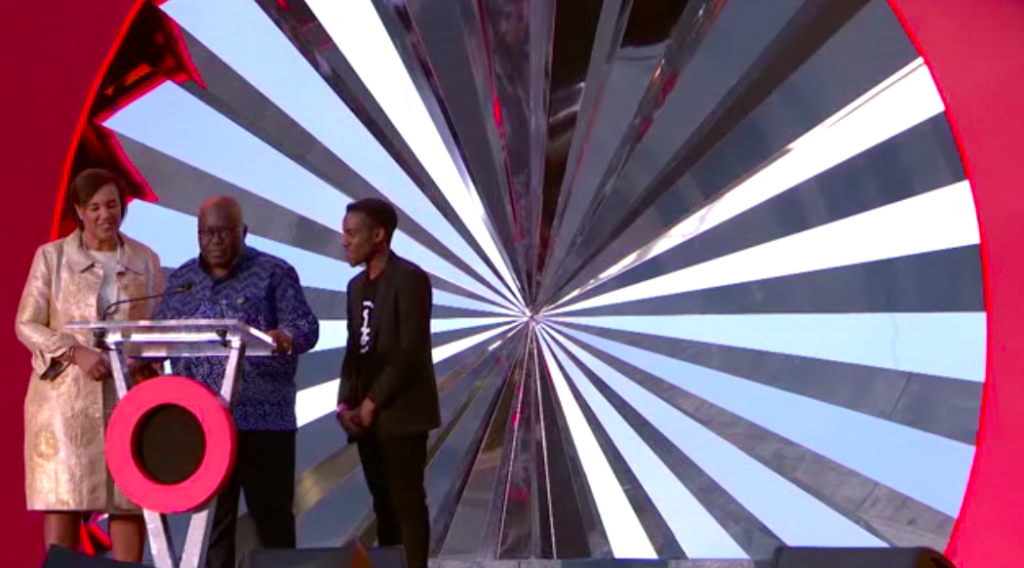 One year on from Global Citizen Festival: Mandela 100, the first annual accountability report was released. The report, which tracks the performance of each commitment and announcement that was made as part of the Mandela 100 campaign, can be downloaded here.

Mandela 100, which took place at FNB Stadium in Johannesburg on 2 December 2018, brought together Global Citizen’s largest contingency of heads of state, dignitaries, celebrities, musicians, artists, influencers and over 70,000 Global Citizens to celebrate the centenary of Nelson Mandela. Mandela 100 was Global Citizen’s biggest and most profoundly impactful campaign in the world to date, and drove more than 5.2 million actions in Southern Africa alone.

Mandela 100 galvanised 16 governments, 8 international institutions and foundations and 12 corporates to commit over $7.2 billion (over R104 billion). Over $3.7 billion (R54 billion) is aimed at positively impacting the lives of 6.24 million South Africans, while the remainder will benefit Africans in countries including Namibia, South Sudan and Nigeria, as well as people in the Middle East and Asia.

One year on from Mandela 100, Global Citizen has found that over $2.55 billion (ZAR 36.71 billion) has been disbursed or allocated in South Africa and around the world. This represents a 35.27% progress towards the complete delivery of commitments made at Mandela 100. This progress is consistent with the targets and timelines that each commitment set at the outset, and over 80% of commitments are on track to deliver on schedule.

Kweku Mandela, House of Mandela and co-Founder of Africa Rising International Film Festival stated, “As my grandfather famously said, “The truth is that we are not yet free; we have merely achieved the freedom to be free, the right not to be oppressed. We have not taken the final step of our journey, but the first step on a longer and even more difficult road. For to be free is not merely to cast off one’s chains, but to live in a way that respects and enhances the freedom of others. The true test of our devotion to freedom is just beginning.”

Dr Patrice Motsepe, Founder and Chairman of the Motsepe Foundation said, “We are pleased with the success and progress on the commitments made at the Mandela 100 Global Citizen Festival, relating to education and the inclusive land, agriculture, farming and agribusiness projects. Numerous meetings were held in each of the 9 provinces in South Africa involving traditional leaders, kings, black and white farmers, government, farm workers, and other stakeholders to establish sustainable partnerships in agriculture, farming and agribusiness. The Motsepe Foundation has allocated $20M for education for 2019/20, focusing on Science, Technology, Engineering, Arts, Mathematics and Entrepreneurship, led by our CEO, Dr Precious Moloi-Motsepe. $50M has also been allocated for the inclusive land, agriculture, farming and agribusiness projects. We are confident that the partnership of the Motsepe Foundation, Global Citizen, government, traditional leaders, rural and urban communities and other stakeholders will improve the living conditions of tens of thousands of people in South Africa and on the African Continent.”

Ivy McGregor, Director of Social Responsibility, BeyGOOD said, “Last year BeyGOOD forged a partnership with Global Citizen and our partner Tyler Perry to establish a fellowship program  to serve young people throughout Africa, to empower educate and equip this generation of young people with an opportunity for a year-long paid fellowship to cultivate and advance their social enterprise skills. In believing, Africa’s time is NOW,  we are committed to our visits to see the progress being made and are delighted our inaugural group of fellows will graduate in March. We will welcome our next 2020 fellows in April.“

Related Topics:Global Citizen
Up Next

Greats Drinks To Enjoy While Playing The Tables