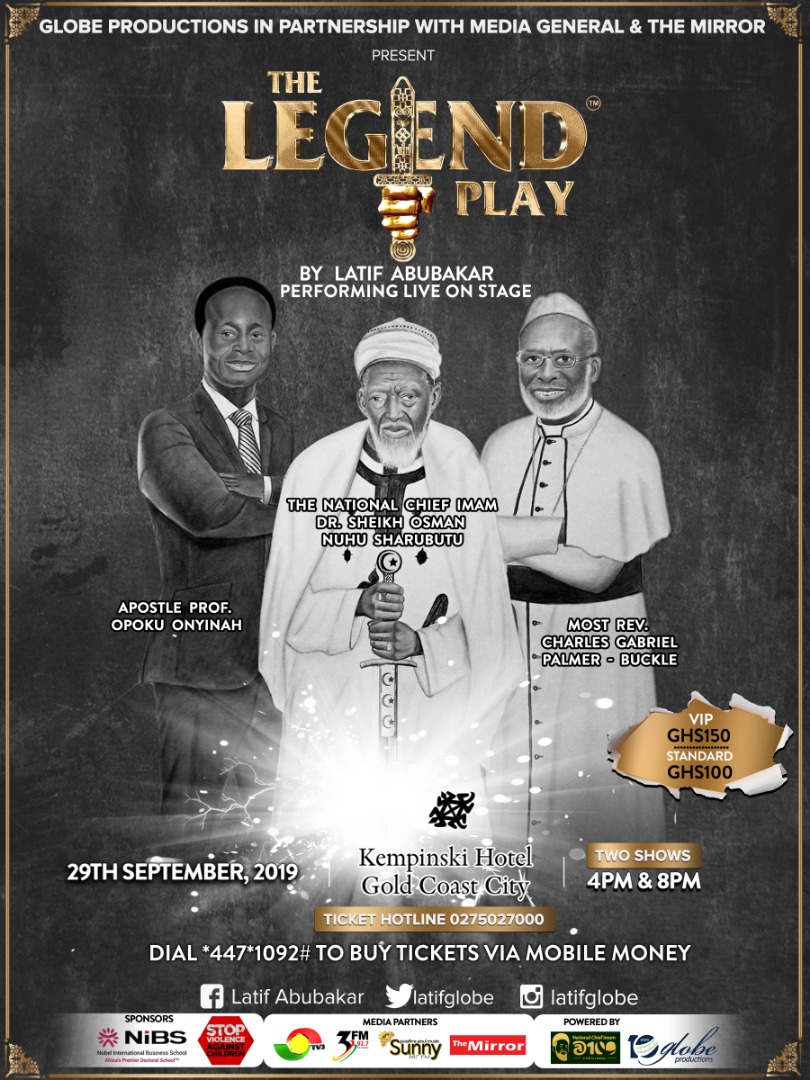 Globe Productions, which has over the years touched the lives of over 30, 000 patrons across the country with its quality, educative and hilarious stage plays, has launched a new series called ‘The Legend Play’.

In its ten years of operation, Globe Productions has so far produced 14 plays, which have been performed 63 times across the country. In celebrating its tenth anniversary, Playwright Latif Abubakar and his team found the need to try something new and epic, hence The Legend Play.

In his speech during the launch, Mr Abubakar said: “At 10 years, we at Globe believe that, it is time to tell our narratives and it is time to tell our stories hence the introduction of a new theatre product dubbed “The Legend play”. An annual stage play with story lines focused on real life experiences of prominent and respected personalities in our society. Those who have transformed lives and promoted positive change in our society. “

The objectives of the The Legend Play is to inspire, entertain and educate hundreds of people with real life experiences of Ghanaian legends, to celebrate those legends, and to honor them with a Life Time Achievements Award.

One exciting and unique feature about The Legend Play is the fact that the legend being celebrated would play a role in the play.  The maiden edition will celebrate and feature the National Chief Imam, Sheikh Dr. Osmanu Nuhu Sharubutu.