Nigerian singer and Big Brother Stargame star, Goldie has released the first single from the #Naughtysingles compilation, titled “Miliki”  featuring Navio, another talented artiste from Uganda. The #NaughtySingles include performances with two Channel O award nominees; Uganda’s Navio in a track titled “Miliki”, Tanzania’s Hip-hop sensation, A.Y in Skibobo and J Martins from Nigeria in a track titled “Give it to me” The UN Ambassador is presently on a trip to South Africa this November to shoot videos for the 3 singles, After which She will be making campaign tours with each Artiste in their various home lands. The tours are significant to Goldie as she seeks to seize the opportunity to not only promote her work with her fellow African artistes but also to physically identify with her numerous fans as such broaden her fan base in Africa. The Big Brother Africa star has set a personal goal to become the most widely recognized female recording artiste in Africa come year 2013. Release of “The Naughty Singles” is a crucial phase in the African Invasion Album project. Download: Download: http://www.4shared.com/mp3/8ur2lTOM/Goldie_Harvey_ft_Navio_-_MILIK.html]]> 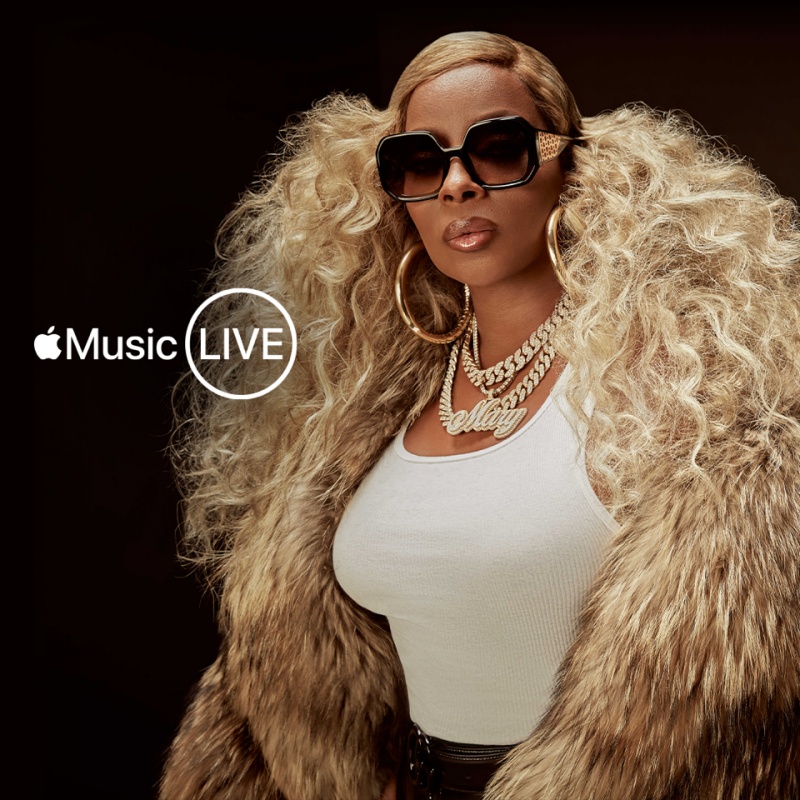 Grammy award-winning and Academy award nominated artist, actress, producer and entrepreneur Mary J. Blige will host a performance for one-night-only to celebrate her life and music that will be available to stream exclusively on Apple Music in over 165 countries on July 27th at 7:00 PM PST. Blige’s performance at New York City’s historic United Palace will feature a career-spanning setlist and reflections from her unparalleled career in music.

Blige will be the latest artist to take the stage for Apple Music Live, the exclusive live performance series on Apple Music giving the biggest stars in music a global platform to connect with audiences around the world.

Mary J. Blige quote: “The last year of my career in particular has been an exciting ride. From continuing to act, to recording and releasing my 15th studio album, growing and expanding different businesses like Sun Goddess and Sister Love Jewelry, to performing at the Super Bowl, launching my Strength of a Woman Festival and Summit and now getting ready to go back on tour, it feels amazing to take this opportunity to celebrate, reflect and have an intimate night with my fans through this platform Apple Music is providing me.”

Apple Music is inviting Mary J. Blige fans in the greater New York region the opportunity to register for free for a chance to be in the room as the influential artist takes the stage for this can’t miss one-off performance. Fans can register to attend HERE.

In anticipation of her exclusive Apple Music Live performance and to mark the 30th anniversary of her landmark debut album ‘What’s the 411?‘, on July 27th Apple Music Hits will devote the entire day to all things Mary, including exclusive programming, music, and interviews showcasing the key moments from her legendary catalog and career. Tune in all day HERE.

Mary J. Blige reached new heights on Apple Music in 2022, with the release of her fifteenth studio album, ‘Good Morning Gorgeous’, and her performance in the Super Bowl LVI halftime show. The week following the halftime performance was her biggest week in Apple Music history, with 325% more streams than she saw the same week in 2021. Blige’s saw songs new and old have reached the Daily Top 100 in countries worldwide. “Family Affair” hit the Daily Top 100 in a number of countries, including the U.S., Canada, Norway, and Denmark. All told, Mary J. Blige has hit the Daily Top 100 in 38 countries, and her music has been featured across many major editorial playlists on Apple Music, including R&B Now, ’90s Hits Essentials, Brown Sugar, and more. Blige is also a frequent guest on the Zane Lowe Show and Ebro show on Apple Music 1 where she regularly shares new music and connects with her fans around the world.

Mary J. Blige is a figure of inspiration, transformation and empowerment making her one of the defining voices of the contemporary music era. With a track record of eight multi-platinum albums, nine Grammy Awards (plus a staggering 32 nominations), two Academy Award nominations, two Golden Globe nominations, and a SAG nomination, among many other accolades, Blige has cemented herself as a global superstar. And in the ensuing years, the singer/songwriter has attracted an intensely loyal fan base—responsible for propelling worldwide sales of more than 50 million albums.

Blige brought her own gritty, urban-rooted style—fusing hip-hop, soul and honest, frank lyrics—to the forefront on her 1992 debut album What’s the 411? The multi-platinum set, executive produced by Sean “Diddy” Combs, quickly spun off several hits, including two No. R&B No. 1s: “You Remind Me” and “Real Love”. Blige helped redefine R&B and began forging a unique niche for herself on the more personal second album, 1994’s My Life. She is loved for her passionate, chart-topping hits like “Be Without You”, “No More Drama” and “Family Affair” all of which have made her a force in music. 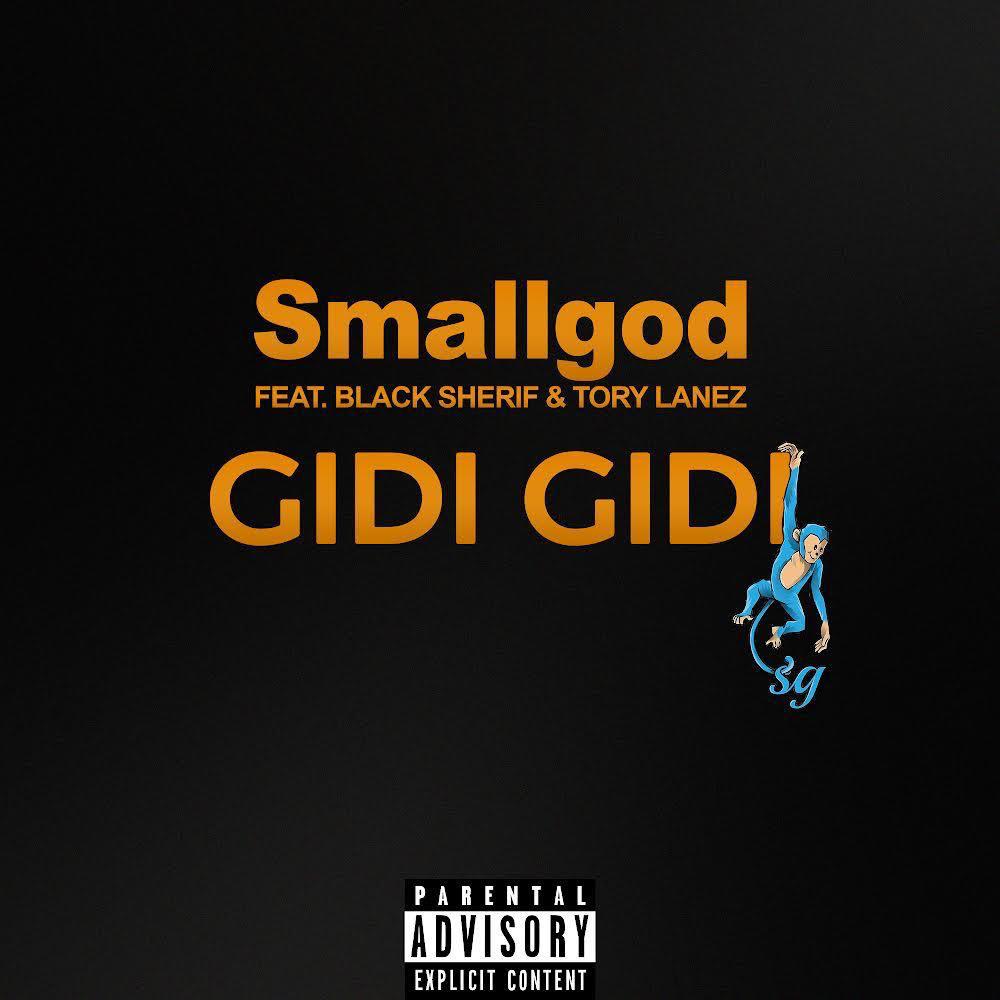 Over a period of 15 years, Smallgod has dabbled in the African music industry as the plug, a connector, artist manager and publisher and now, artist. Expanding his skill and talent in A&R earlier this year, Smallgod released his debut album, “Building Bridges”- an offering that connects Africa and the African diaspora through music. The streetwear enthusiast and culture connoisseur is taking a leap of faith and leading a charge for pan-Africanism through music.

Raised between Ghana, London and the Netherlands, Smallgod, also known as Nana Appiasei, became exposed to different cultures and music at an early age. Plus a  wanderlust which led him to North and South America, Smallgod has developed an expansive taste in music which cuts across cultures and genres. Entrenched and involved with fashion and streetwear, Smallgod has been involved with Daily Paper, the Netherland based streetwear brand which has all contributed to an ability to blend various sonic styles of Africa and the diaspora. 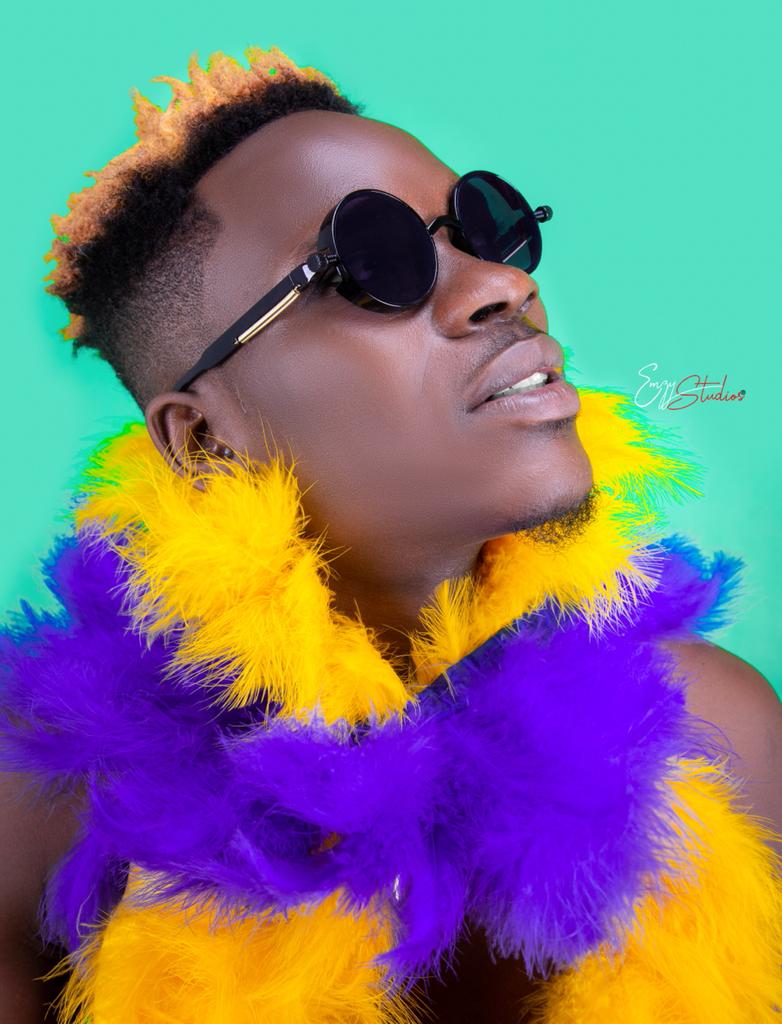 This song was produced by Majorblaze mixed and mastered by Soundgod. It follows the release of ‘We Dey Your Back’, which was released earlier this year to show his dominance and support in Kasoa.

Read Also: Naana Blu and Teephlow have issued a press statement to their Exes in a New Song “You Go Miss Me”

According to  ‘Party Time’ carries the message of motivation and hope because ..” in  life, tough times will come but just relax, breathe and enjoy life when you have the opportunity.”

You can find the  latest masterpiece “PartyTime “ on BoomPlay, Spotify, Audiomack and all digital stores. 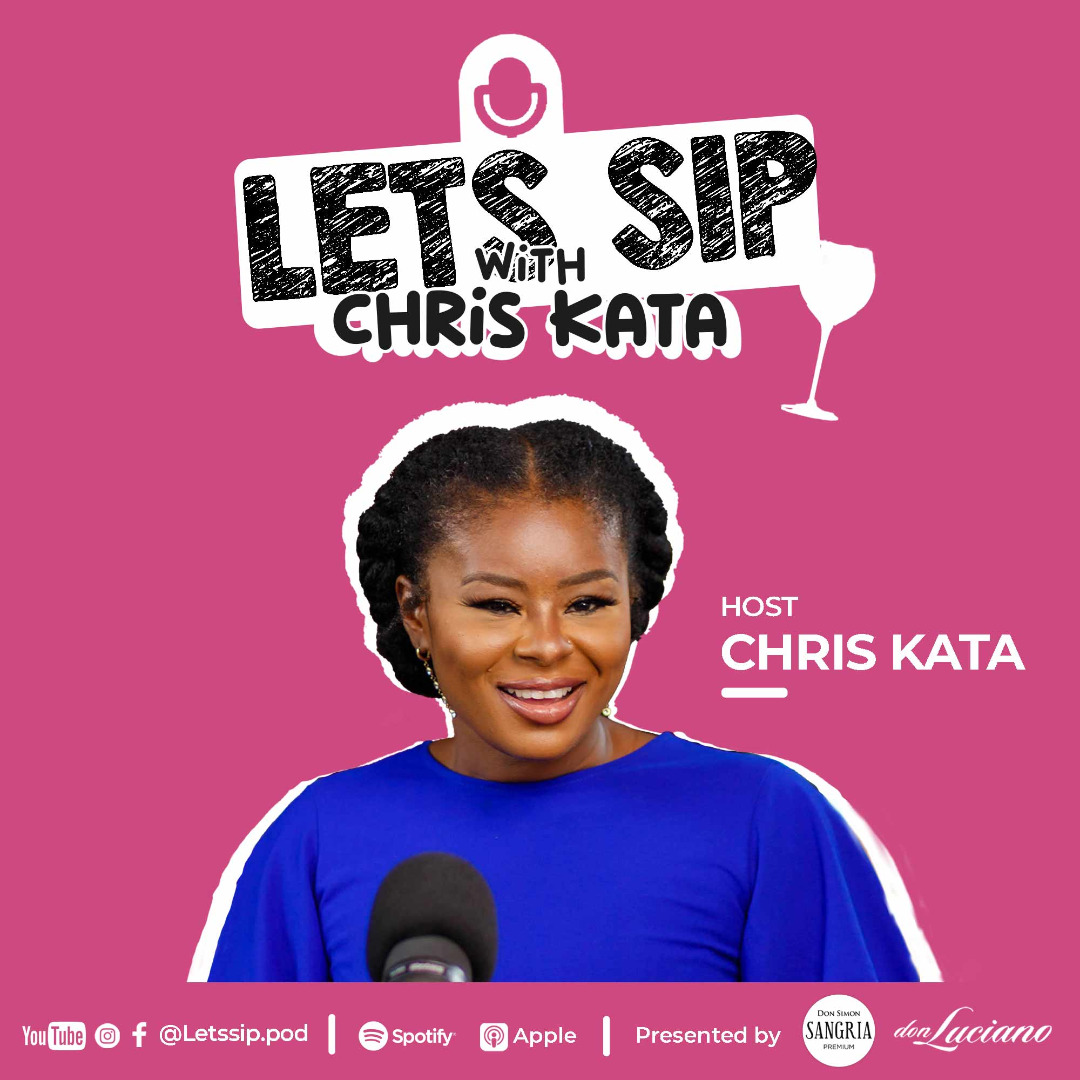 Let’s Sip is a new lifestyle podcast that has recently launched, hosted by media personality/actress, Chris Kata. In each episode, Kata sips wine while conversing with a variety of young African celebrities, entrepreneurs and interesting personalities to discuss topics including business, politics, challenges, and pathways to success.

“Let’s Sip is all about good vibes, nuggets of knowledge, and wise sayings from successful young Africans with inspirational stories. We share conversations on life, business, and everything in between. Sipping wine along the way just adds the extra spark!” says Kata who has served as a producer, on-air talent and content creator for West African media outlets and international brands.

Let’s Sip was produced in partnership with Hunu Kane, IMG Studio, Marina Market, and WaxPrint Media.
To listen
To watch 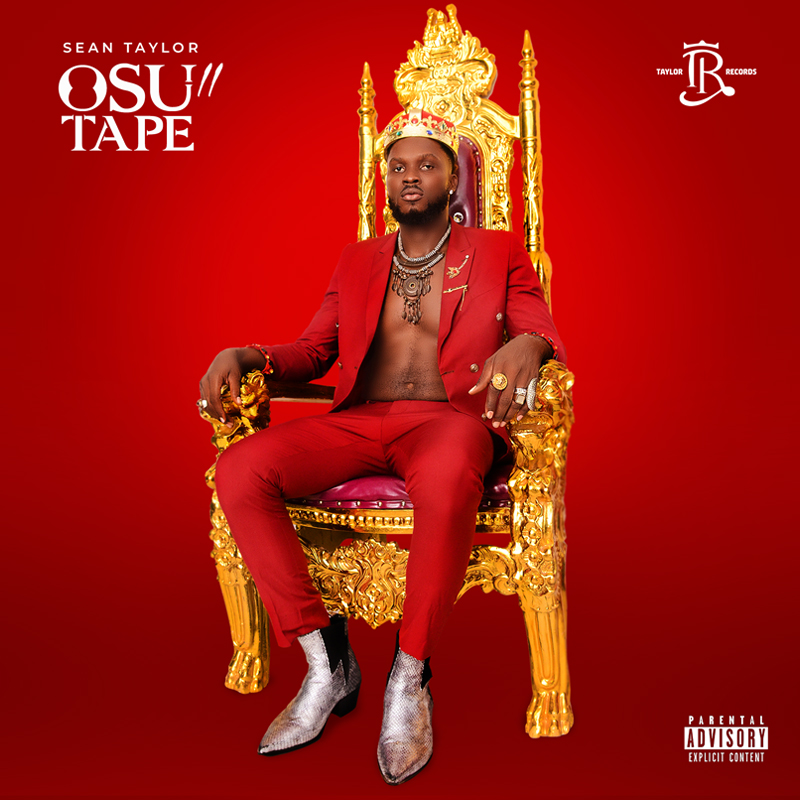 Ghanaian born but currently Los Angeles based Sean Taylor is a unique totem in Dancehall and Reggae gallery. Infinitely capable of switching between the more core drumming of Afropop and the genre’s broader Afro-fusion influence.

The Ghanaian dancehall/ Afro-beats singer has released his latest EP dubbed “Osu Tape II”. This comes after the success of his debut EP “Osu Tape” which was released in 2021.

Osu Tape EP II encapsulates music genres like Dancehall & Reggae, Drill & Afro beats, with the blend of languages like Pidgin, English & Ga. The tape speaks more about love, money, and betrayal, the ups and downs, the wins but not the loses and everything positive vibes.

On the production fronts as well, we have Nana Swizzle, IbeeOnDaBeatz, KingOneBeatz, Beatz Dakay and RileyDonMusic (Jamaica).

Sean Taylor outdid himself on this project, stepping out of his comfort zone by incorporating different melodies and rhythms he’s popularly not known for.

Kindly listen to the 5(five) songs body of work below and give it spin or slot in your playlist. 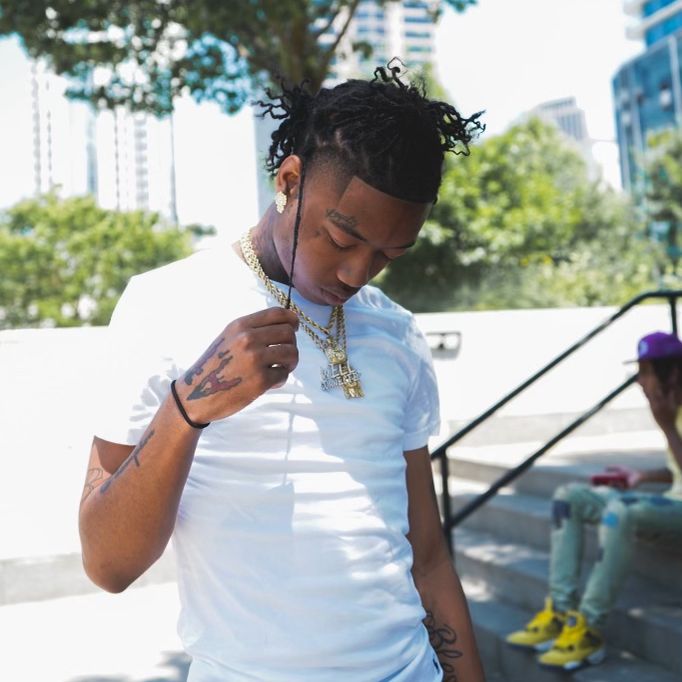