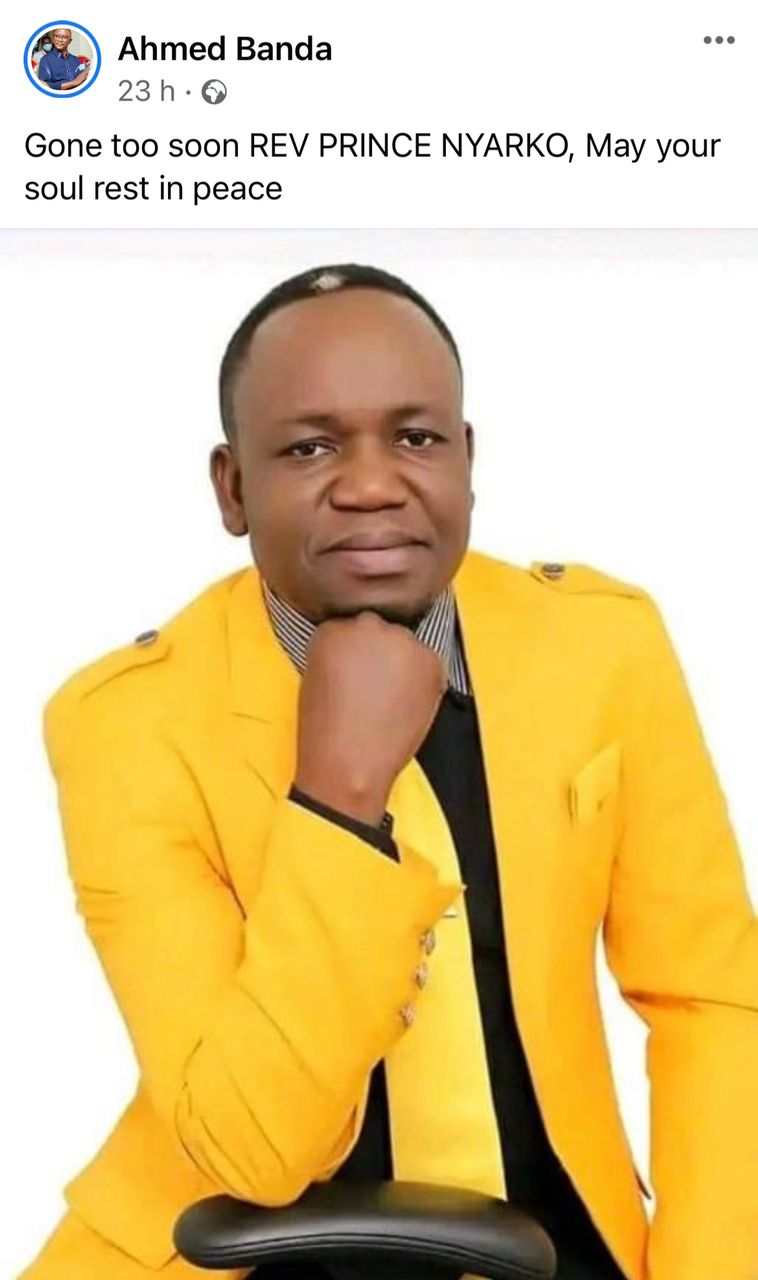 The musician’s daughter, Nana Ama, described how her father was discovered dead in the bedroom in an interview with Ghanaweb.

She described how Prince Nyarko got out of bed and had his quiet time.

He was about to be served breakfast when his wife discovered him unconscious in his room.

According to Nana Ama, her father had plans to preach about how he overcame a major illness three months prior.

This was before his unexpected demise on August 8, 2022, which occurred yesterday.

The well-known gospel performer used music as a way to preach the word of God and had three albums to his name before passing away.
His top hits include “Mafe Wo” and “Hena Ne Ma Damfo Pa.”
Rev Prince Nyarko is survived by his wife and two children.

Related Topics:Prince Nyarko
Up Next

The Ghanaian singer and actress, Sister Derby has made her international film appearance in the yet-to-air Netflix original film, ‘RAINBOW’. END_OF_DOCUMENT_TOKEN_TO_BE_REPLACED

Ghanaian broadcaster, Kafui Dey is on a mission to combat illegal mining in Ghana and wants to use any means possible to bring the world’s attention to the problem. END_OF_DOCUMENT_TOKEN_TO_BE_REPLACED

Harvey Mason Jr, CEO of the Grammy Awards, has shared insights on the nomination process and how to win a GRAMMY with Ghanaian artists during a private dinner meeting. END_OF_DOCUMENT_TOKEN_TO_BE_REPLACED

Harvey Mason Jr., the Chief Executive Officer (CEO) of the Recording Academy, organizers of the Grammy Awards, has said there are some misunderstandings regarding the creation of an Afrobeats category in the Grammy Awards. END_OF_DOCUMENT_TOKEN_TO_BE_REPLACED

The Chief Executive Officer of Big Ideaz Consult, Kojo Poku has revealed that none of the artists who were billed to perform at the recently held Global Citizen Festival in Accra were paid a performance fee. END_OF_DOCUMENT_TOKEN_TO_BE_REPLACED

Ghanaian musician, Kirani Ayat has called out the Presidency for using some portions of his music video in an advertisement without his permission. END_OF_DOCUMENT_TOKEN_TO_BE_REPLACED