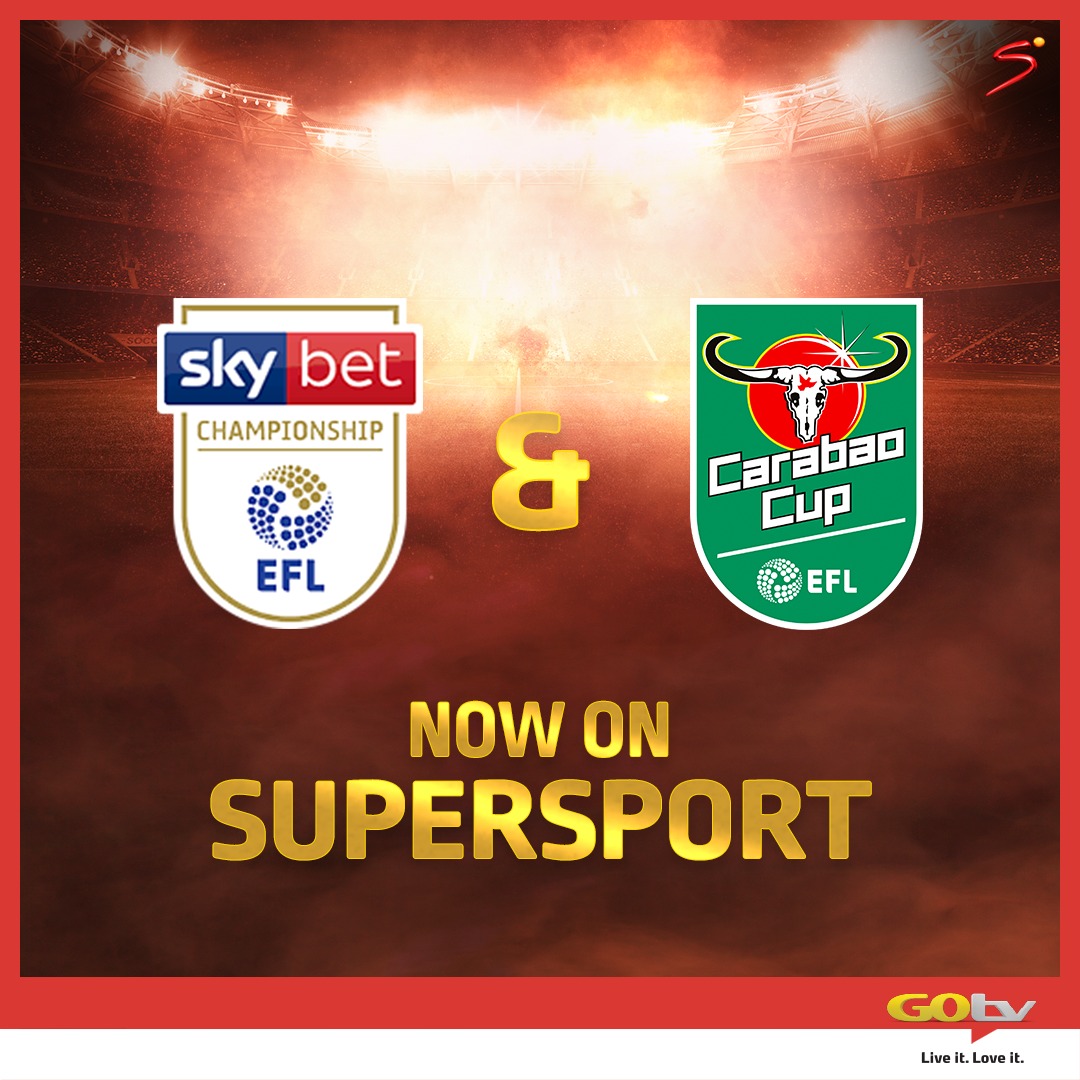 The SkyBet English Football League Championship Championshipis widely regarded as one of the most entertaining and unpredictable leagues around Europe, with its marathon nature; there are no less than 24 teams and breakneck speed making for incredible football entertainment.

Viewers on GOtv will have some bonus football from the SkyBet EFL Championship this coming weekend, with two matches live on 27 and 28 September on GOtv MAX. The first of live Championship matches for SuperSport viewers to enjoy this weekend comes off this Friday evening, with a 7pm kick-off between Stoke City and Nottingham Forest from the bet365 Stadium (LIVE on SuperSport Select 1).

The Potters are in dire need of a victory, having failed to pick up a three-pointer so far this season. They were last in action this past weekend, drawing 0-0 away to Brentford to leave themselves second from bottom on the log, with only Huddersfield Town below them.

Forest, meanwhile, are on the rise after racking up a seventh straight unbeaten result in the Championship. The Reds defeated Barnsley 1-0 at home this past weekend, thanks to a goal from Ben Watson, to move up to sixth place. They are just two points off the pace of leaders Leeds United and could be in pole position by the end of the 90 minutes and possibly the weekend.

The next Championship match available to SuperSport viewers is the Saturday 11:30am kick-off between Queens Park Rangers and West Bromwich Albion at Loftus Road in London also LIVEon SuperSport Select 2.

This is very much a clash between two form teams: QPR racked up a fourth straight win when they beat Millwall 2-1 away from home in a London derby this past weekend, while West Brom are the only unbeaten team this season and registered an impressive 4-2 triumph over Huddersfield last Sunday.

Only goal difference separates the teams on the log (they both have 16 points, the Baggies are fourth and the Rangers sit in fifth) and SuperSport viewers will hope this fixture continues its recent trend of being high scoring: the last four clashes between West Brom and QPR have produced 23 goals.

Don’t miss the 2019/2020 football season on GOtv and DStv. To subscribe or upgrade your GOtv visit any MultiChoice Ghana office to join in on the excitement.