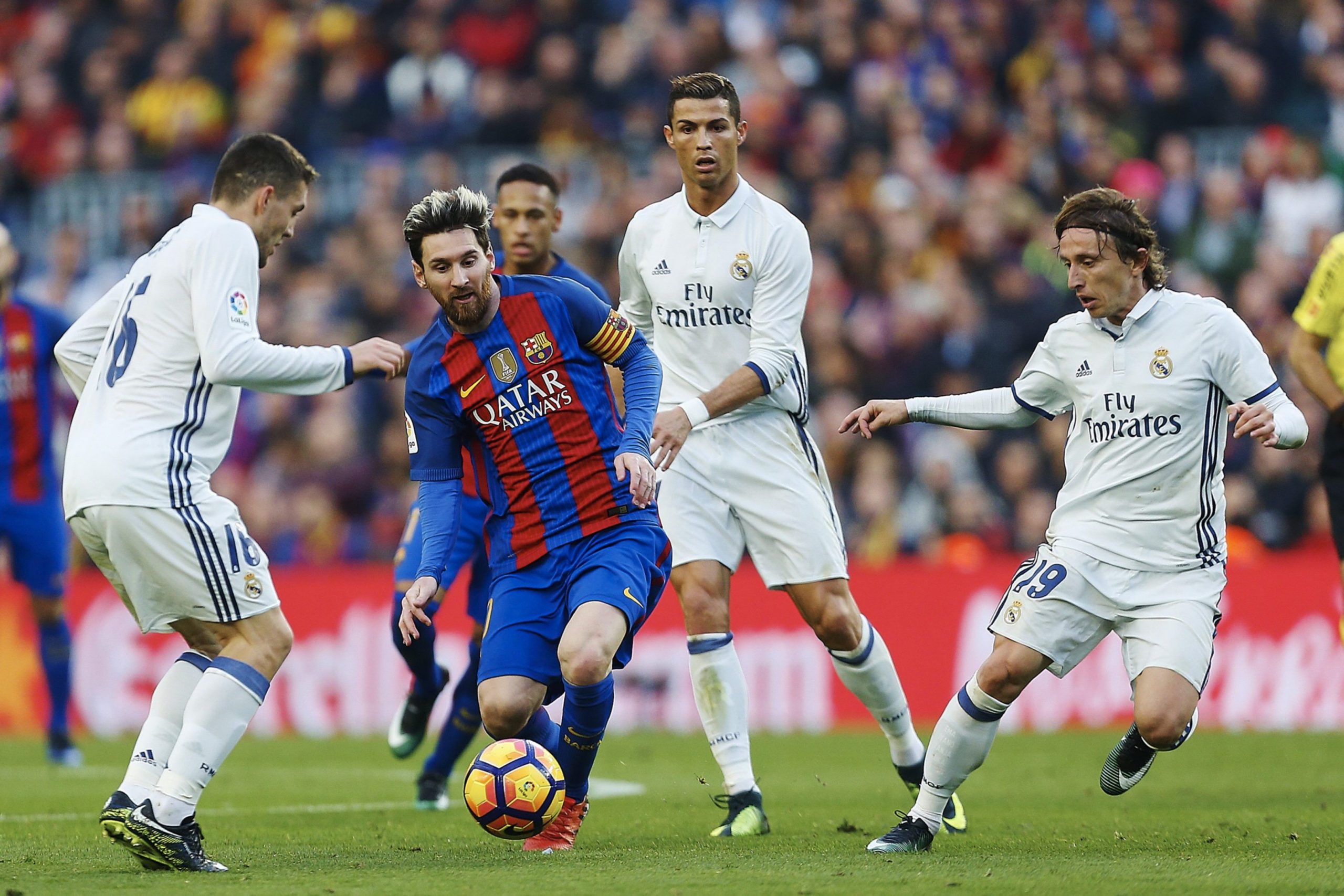 Football fan will need to gear up for a thrilling weekend of football action, as we bring you the ‘Beautiful Game’ from the Premier League, La Liga and Serie A. GOtv customers can take advantage of the Step Up Offer to be upgraded if they pay for their current package now to be upgraded within 48hrs to the next highest package for 30 days.

There can be no other choice for the top La Liga match this weekend than El Clasico between Real Madrid and Barcelona from Estadio Santiago Bernabeu on the night of Sunday 1 March. This is the world’s biggest club football game, pitting together two age-old rivals in a clash which will go a long way in deciding the destination of the title.

The two teams are well out ahead at the top of the log in a battle for domestic glory, with Barcelona looking to defend their hard-won championship, while Real are hoping to meet the number one goal of manager Zinedine Zidane, who has targeted a return to La Liga glory as the first stepping stone in getting Los Blancos back to their status as the world’s most feared team.

The first El Clasico of the La Liga season, played back in December 2019 at the Camp Nou, was a disappointing 0-0 draw which went some way toward the dismissal of Barca manager Ernesto Valverde. His successor, Quique Setien, is under immense pressure to guide the Blaugrana to a victory in the capital.

The headline fixture for this weekend’s Premier League action comes from Goodison Park on Sunday as Everton play host to Manchester United. This is a clash between two teams with European club ambitions for next season and SuperSport viewers can expect a high-stakes match between two attack-minded teams.

The Toffees have made major strides since Carlo Ancelotti was appointed as their permanent manager, with fears of being sucked into a relegation scrap replaced with hopes that they could feature in the UEFA Europa League or at a stretch perhaps even the UEFA Champions League next season. The ban handed down to Manchester City from UEFA earlier this month has opened up the possibilities for many clubs in the mid-table.

Manchester United, meanwhile, continue to struggle for consistency, though the arrival of Bruno Fernandes in midfield has helped to liven up their attacking play, while Nigerian striker Odion Ighalo provides an interesting alternative in attack.

The undoubted pick of Serie A matches for this round is the Derby d’Italia between Juventus and Internazionale at the Allianz Stadium in Turin on the night of Sunday 1 March. Not only is this one of Italian football’s great traditional rivalries, it is a clash which could have massive ramifications in the battle for the Scudetto.

Juve and Inter are locked in a three-way battle with Lazio for top spot in Serie A and any winner of this match will feel that they have taken an important step toward glory. While Maurizio Sarri’s Juve search for a sense of identity and momentum, Antonio Conte’s Nerazzurri seem to be running out of a little puff as the season progresses.

The Bianconeri were victorious at the San Siro when the teams met earlier this season, as goals from Paulo Dybala and Gonzalo Higuain secured a 2-1 win back in October 2019. The result stretched Juve’s unbeaten run against Inter to six matches. Inter have also not won away to Juventus since way back in November 2012.

Related Topics:Real Madrid vs Barcelona
Up Next

Voting For AMVCA Ends In 11 Days – Have You Voted For Your Favourites Yet?