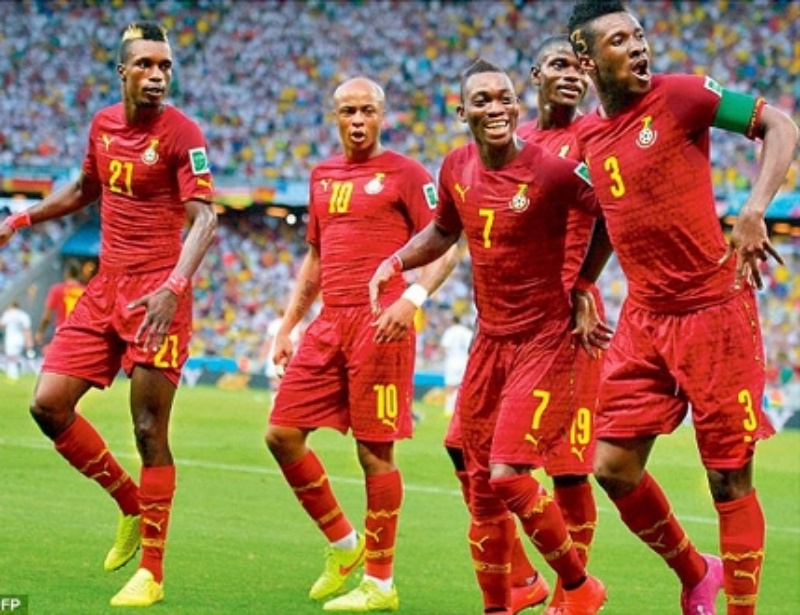 A world Cup qualification would have been a well-received present by mother Ghana on the occasion of her 60th birthday celebration. 60 years ago, led by Osagyefo Dr. Kwame Nkrumah, Ghana broke free from the yoke of the colonialism, becoming the first country in Sub-Saharan Africa to attain its independence. This gesture by the senior national soccer team, The Black Stars, should have been one selflessly achieved for mother Ghana on her 60th Independence anniversary. Dr. Kwame Nkrumah held high hopes in the belief that football was to be a vehicle for the realization of his ambition, one he would die for, to ensure African Unity. The following is an extract from the unpublished autobiography of Ghanaian football legend Charles Kumi ‘C.K’ Gyamfi. He gives an unblemished account of the impact Ghana’s founder and first President, Kwame Nkrumah, had on the national team, Black Stars. “When he spoke, his voice was stone-cold. He conveyed a business-like mood too, his face still straight, missing his usual smile. Then, he showed us a graph with detailed records of our performances, pointing out with concern that we were on a downward curve. ‘Your standards are falling, you are losing matches,’ he said, a statement shot through with crystal clarity. Then, he turned to me. He took out a piece of paper and wrote down a number. “Call me personally if you need anything you are not getting”, he said. “It means a lot to me that we’ve entrusted our football fortunes in your hands.” The Black Stars have been vigorously reproached for their abysmal display of nationalism following their misconduct at the last World Cup in 2014 hosted by Brazil; an event which has dwindled massively, the love shown to them over the years. Lying third place on the table in Group E of the Africa World Cup Qualifier, the Black Stars failed to book a place in Russia for the 2018 FIFA World Cup; alongside in the group were Congo, Egypt and Uganda. The Black Stars bagged 7 points from 6 games with no home win; an embarrassing performance by the senior national soccer team of the land. I remember the excitement and emotions which embraced the news of Ghana’s qualification to the World Cup which was to take place in Germany. The Black Stars sent Ghana to her first appearance at the world’s largest football scene, the World Cup, in 2006.A performance that heavily stunned the world was witnessed; thereby announcing the presence of the Stars of Africa, Ghana Black Stars, onto the global stage of the tournament. The Black Stars were welcomed into the tournament with a 2-0 defeat to ultimate winners Italy, but victories over Czech Republic (2-0) and the United States of America (2-1) saw them progress to the second round, where fate inconsiderably served us with an encounter with Brazil, who handed down a 3-0 defeat to the Black Stars ensuring our “proud” exit. The Black Stars went on to record an excellent qualification crusade to make it to the 2010 World Cup, for the first time on the African soil, in South Africa. The team competed in Group D with Austria, Germany and Serbia. Ghana became the third African country after Cameroon (1990) and Senegal (2002) to reach the World Cup quarter-finals. Ghana’s historic feat of becoming the first African country to reach the Semi-finals of the glorious World Cup was unwritten when “bitter-sweet” captain of the Stars, Asamoah ‘Baby Jet’ Gyan, missed a penalty kick in extra- time against Uruguay, when a certain goal was prevented by Luiz Suarez. In 2014, Ghana was drawn in Group G where they faced Germany, Portugal and the United States. It was a rather disappointing campaign by Ghana at the World Cup; one to be matched with neither of the two preceding campaigns. A disgracing exit from the tournament with reports of poor planning and agitations over payment of bonuses although they held the winners, Germany, to a 2-2 draw. The Black Stars have fallen in the race to represent Ghana at the World Cup to be held in Russia next year for a fourth consecutive time. There have been public outcries over the woes of the nation’s senior national team, with some attributing it to the incompetence of the “returned one”, James Kwasi Appiah;head coach of the Black Stars. The highest football governing body of the land, Ghana Football Association, has not been left out of the chastisement, been continuously lambasted over undisciplined expenditures. Ghana’s inability to make it to Russia 2018 has been met with an almost unanimous excitement by Ghanaians as they vehemently express displeasure over undue advantages enjoyed by “unproductive” people; players and staff alike. A qualification to the World Cup would have been befitting to the memory of Osagyefo Dr. Kwame Nkrumah, Ghana’s first President and Africa’s first Prime Minister, as Ghana celebrates her 60th Independence anniversary this year. Kwame Nkrumah helped build a formidable Black Stars which witnessed them win the African Cup of Nations on two occasions in 1963 and 1965. We salute the efforts of the Black Stars. Wishing them better luck next time! Adjei-Gyamfi Yaw.]]>

Related Topics:Black Stars
Up Next 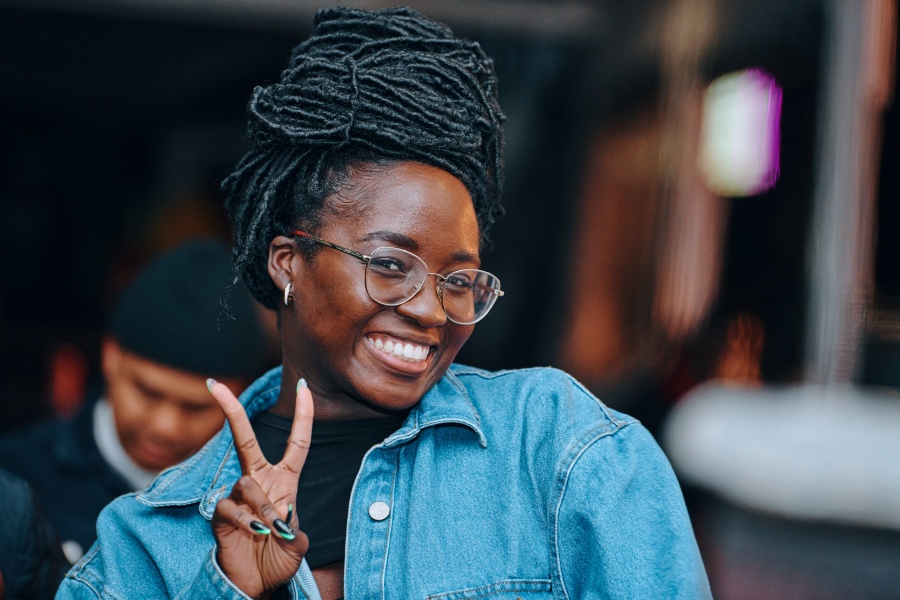 In Ghana, music has substantial cultural, political, and social significance which is deeply entrenched in our rich and storied history. From celebrations to times of mourning, you can always count on hearing a symphonic mix of percussive drums, traditional, and modern musical instruments making up a diverse range of music styles. END_OF_DOCUMENT_TOKEN_TO_BE_REPLACED 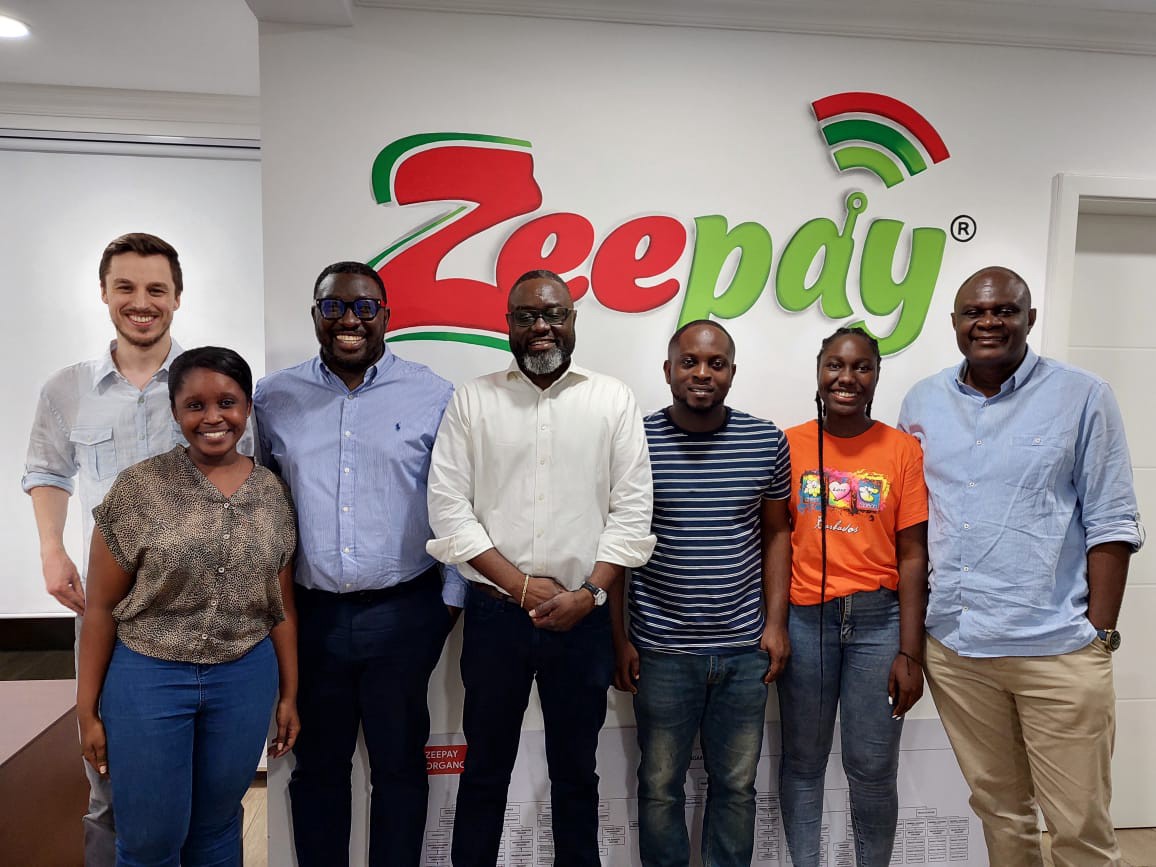 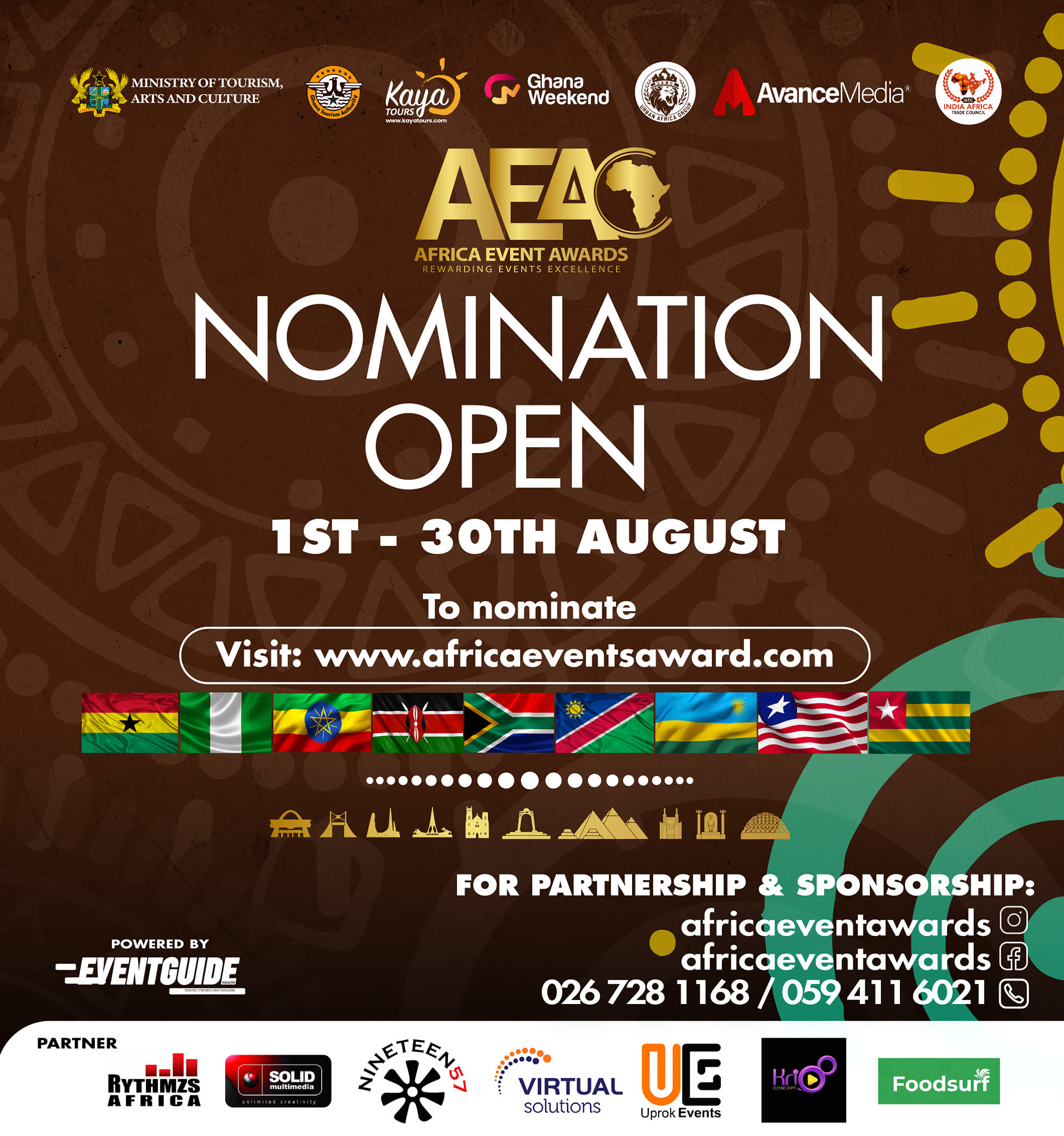 EventGuide Africa The organizers of the Ghana Event Awards now Africa Event Awards have officially opened nominations for this year’s edition of the awards which is in its 5th year and includes all African countries. END_OF_DOCUMENT_TOKEN_TO_BE_REPLACED

Religious fanaticism and extremism have plunged countries into chaos and conflict the world over. Countries in West Africa that have been affected include Nigeria, Burkina Faso and Mali among others. END_OF_DOCUMENT_TOKEN_TO_BE_REPLACED 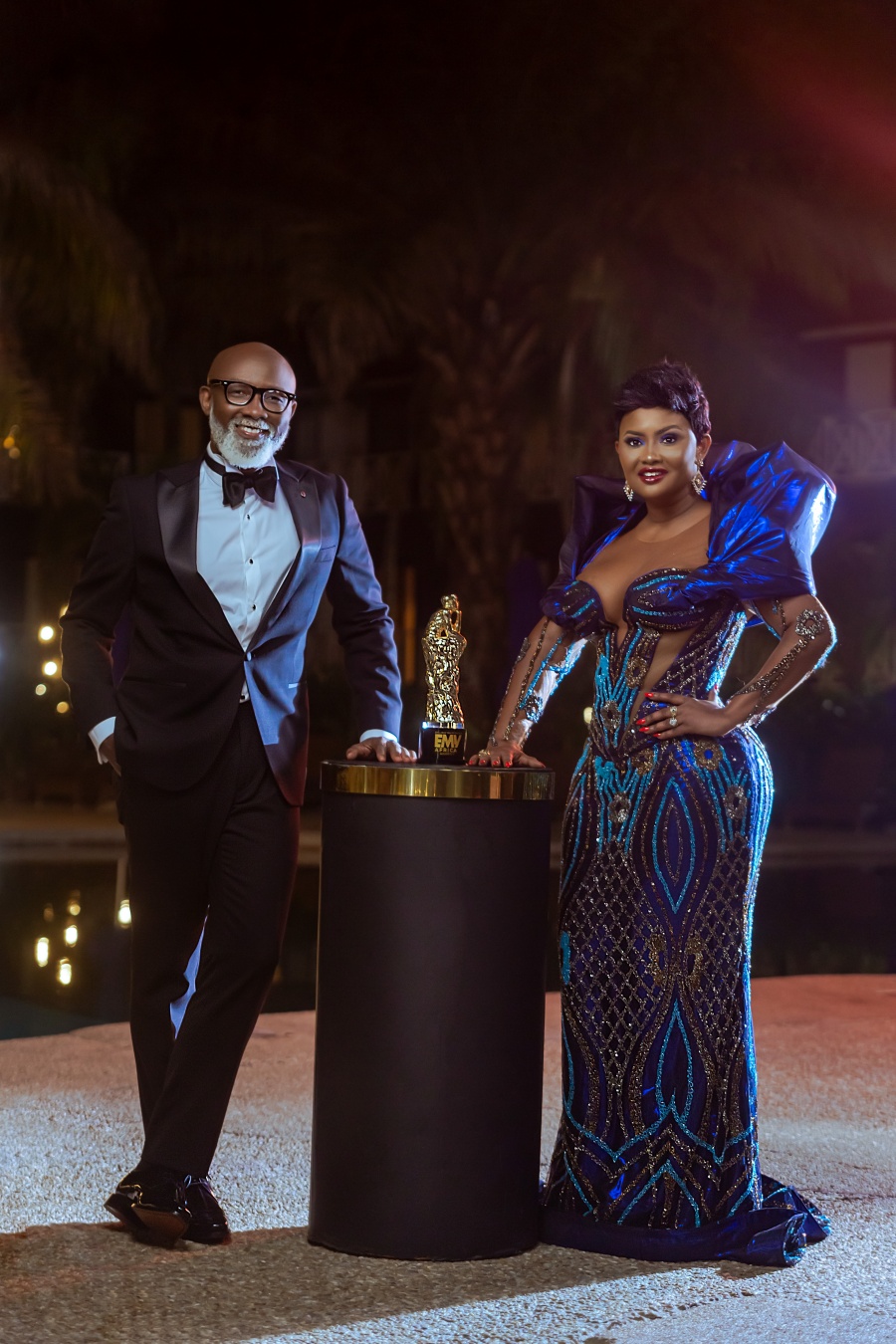 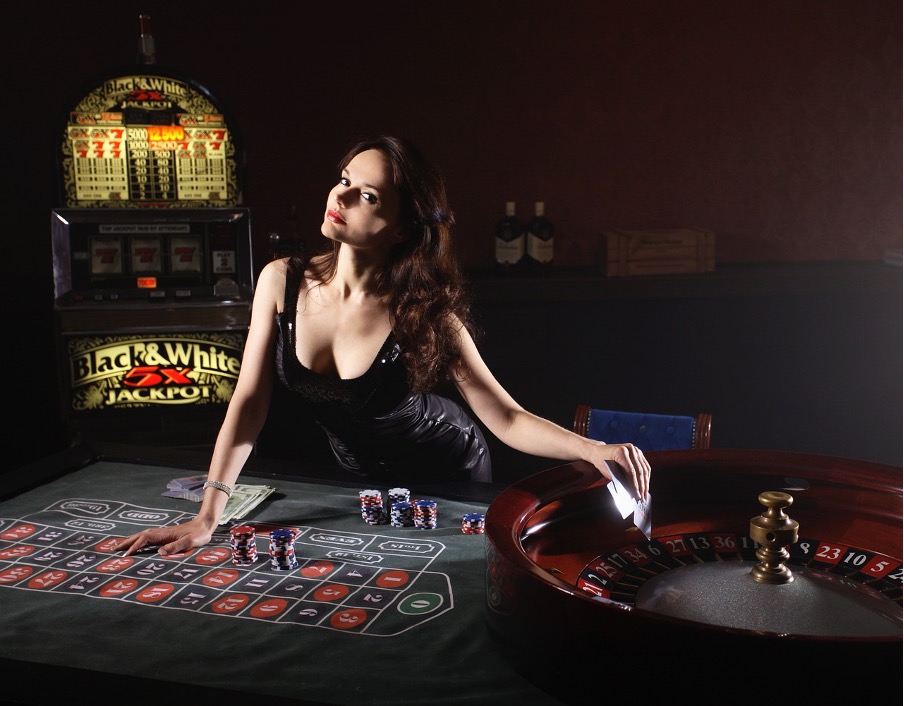 More and more people every year want to learn how to bet on sports. From the outside, betting seems like a relaxing activity. Some people from the outside even think that it is possible to bet all day long and enjoy watching sports events. END_OF_DOCUMENT_TOKEN_TO_BE_REPLACED