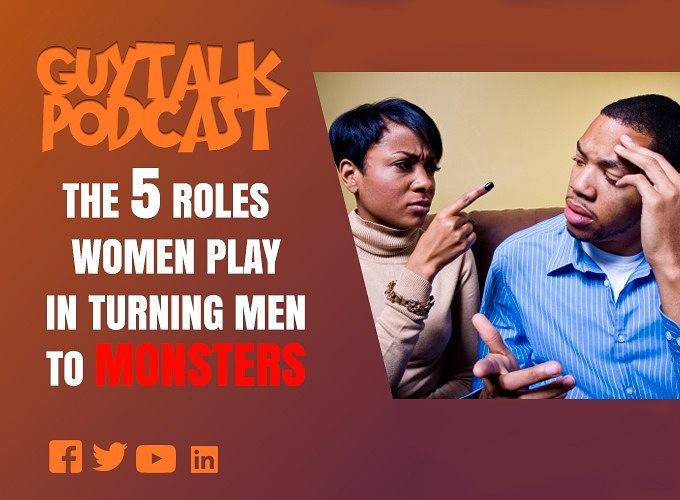 Our social media generation has seen many African women quick to jump on any opportunity to bash their men. Ranging from cheats to liars, scum and more recently irresponsible, a lot of African women have sought to use social media to highlight the flaws of their men, slamming them for what it is worth. They forget though, that they play a role in making these men. See the roles women play in turning their men to monsters below  1. Focusing on raising their daughters to be good mothers and wives while neglecting to raise the sons to be good husbands: In the African home, the girl child is made to do most of the house chores and home management while the male children are mostly left to their own devices. Especially in homes where there are more daughters than sons, the benefits of being a good wife and mother are taught to the daughters from a tender age. For the young sons the essence of self restraint from hitting their sisters is rarely hammered until much later in life. The girls are also taught to have a good behavior because this is what will bring a man. Neglecting to make their sons that kind of man their daughter will be wed to. This makes many male children grow up not respecting and appreciating women and by the time the parents want to effect discipline, it is already too late. 2. Using money as a means of judging manhood: Forget the modern age independence many ladies claim, many mothers will advise their daughters against bringing home a struggling man. Even in their prayers they say they pray their daughters marry a rich man. The primal instinct to lean towards the more financially capable male is strong in many women. After all, the whole point of having beautiful looks and bomb cooking skills is to get a man capable of meeting your needs. This idea is still discussed among ladies in secret and this governs their choice in a male partner, leading many of them to remain in abusive relationships because the one who can treat them well cant provide as much as the one who beats them. This idea is what gives many men the guts to hit and beat their women. After all, the women are with them for the money. 3. Emotional blackmail: This happens when women use the emotions of a man as leverage to get what they want. While both sexes do this, women use it more and many men tend to lash out and act out of character when they feel they are being played. 4. Entitlement mentality: Many will agree that once a man mentions love, many women automatically believe he owes them money and care. This mentality has been ingrained such that women now expect me n by virtue of emotional attachment to always serve their needs. This causes many men to use material things to lie, deceive and entice many women. After all, they meet her needs and should be able to keep her irrespective of how they treat her. See podcast below for full episodes discussed. Download here.]]>

#LifestyleWednesday: The Day Of My Engagement Ceremony