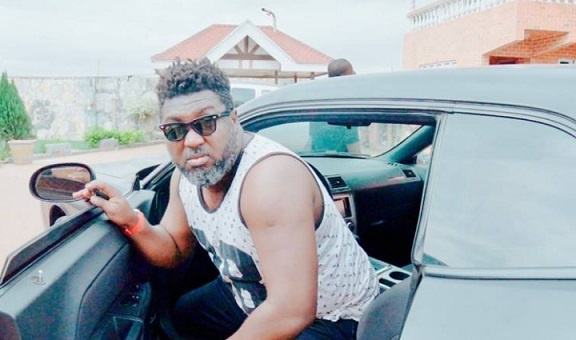 The “Pae Mu Ka” album, undoubtedly one of Ghana’s finest works by the “Rap Sofuor” himself, Obrafuor is twenty years old and there’s a big celebration around it.

The 20th anniversary celebration, which was launched yesterday, has seen a lot of industry players sharing their fondest memories about the album.

One of such people, the producer behind the legendary album, Edward Nana Poku Osei, popularly known as Hammer, shared his experience about producing the album with 3FM’s Giovani Caleb on his Drive Time show.

According to Hammer,  he did not take any money for producing the “Pae Mu Ka” album. All he wanted was for Obrafuor “to write the Last two at the end.”

“…Not making a cedi from the Album, but the album brought lots of good tidings to each and everyone of us. The album attracted lots of buyers, we didn’t sell it and I didn’t get a cedi out of it, we wanted to make a statement with this project and we are glad we did,” he stated.

Recounting how the album was made, Hammer mentioned that the whole experience was new to him.

“It was our first time doing this, all the four member-team on this project and Obrafuor himself had no professional experience, we were all new to this but it was a risk we took happily,” he added.

The “Lioness of Africa,” Wiyaala has been invited to join the Recording Academy’s class of 2022. END_OF_DOCUMENT_TOKEN_TO_BE_REPLACED

Burna Boy has revealed in an interview that American R & B star Toni Braxton gets 60% of the royalties of his last single ‘Last Last.’ Burna Boy made this revelation when answering questions of how the single came about while appearing on a podcast. END_OF_DOCUMENT_TOKEN_TO_BE_REPLACED

Ghana have been banned from competing in the next two editions of the FIFA U17 Women’s African Qualifiers and fined $100,000 by the Confederation of African Football. END_OF_DOCUMENT_TOKEN_TO_BE_REPLACED

Although the music industry in Ghana is heavily dominated by males, there are a few young women, pulling their weight, and rubbing shoulders with their male counterparts. END_OF_DOCUMENT_TOKEN_TO_BE_REPLACED