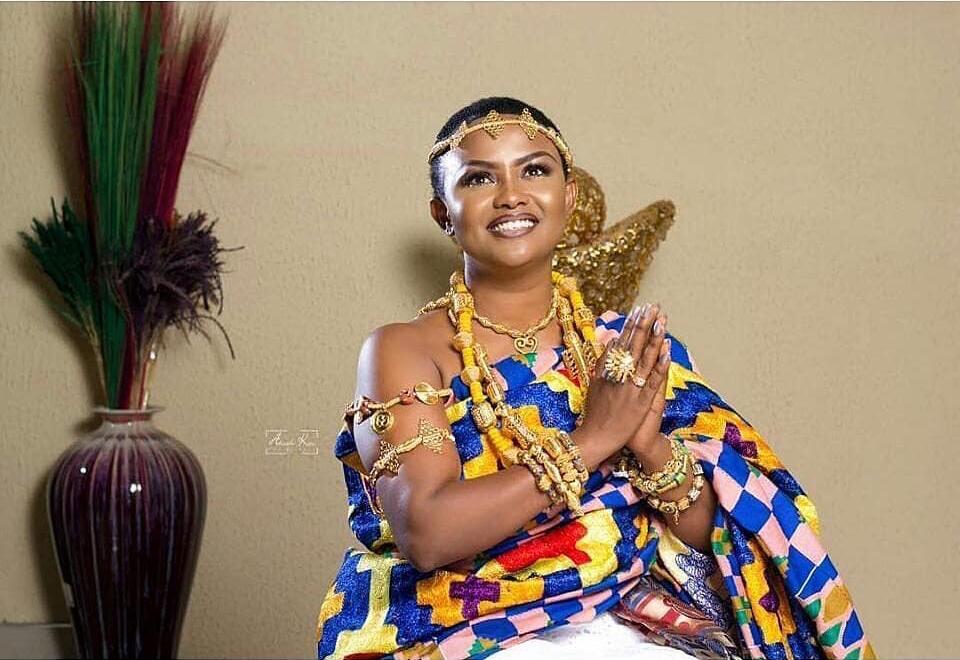 Heavily pregnant Nana Ama McBrown shares her new joy![/caption] Enough of the speculations let the congratulations roll in because Ghanaian actress, Nana Ama McBrown, is truly pregnant. In a video, which has gone viral, the stomach of the actress looks protruded as she happily sings on her McBrown’s Kitchen Show. The video was shot during one of her recent editions of McBrown’s Kitchen which airs on Accra-based UTV. The actress was captured singing praises to God, and from her jubilation and dances, it was clear that she was giving thanks for her new circumstance. She was singing a popular Akan gospel song which says that “at first she was carrying a certain burden around, but now, God has relieved her of that burden”. This burden could be the tag of not being able to bear children as at age 41 and after three years of marriage. https://www.instagram.com/p/Bp4oY7zl2UR/?utm_source=ig_web_copy_link Rumors have been rife since August that the beautiful actress and TV host was pregnant and expecting her first child after three years of marriage with husband Maxwell Mensah. https://www.instagram.com/p/Bp9NrFIFXMK/?utm_source=ig_web_copy_link These rumors can finally be put to rest as congratulatory message roll from her fans and followers.]]>

Related Topics:Nana Ama McBrown
Up Next

Actress, 'Auntie B' reveals why Rev. Obofour gifted her a car

Comic & satirical artiste, Wicked Queen J has intensified her beef with comic actor, DKB with a reply to his jabs following the release of her controversial ‘Ayew’ single. END_OF_DOCUMENT_TOKEN_TO_BE_REPLACED

Fast rising music star from Ghana: King Enam has never stopped being consistent with his craft since day one of his inception onto the music scene in Ghana.
END_OF_DOCUMENT_TOKEN_TO_BE_REPLACED

The First Vice President of the Nigeria Bar Association, John Aikpokpo-Martins, has dismissed reports making rounds that Beauty Turkura, a disqualified housemate of the Big Brother reality show, season 7, is a lawyer. END_OF_DOCUMENT_TOKEN_TO_BE_REPLACED