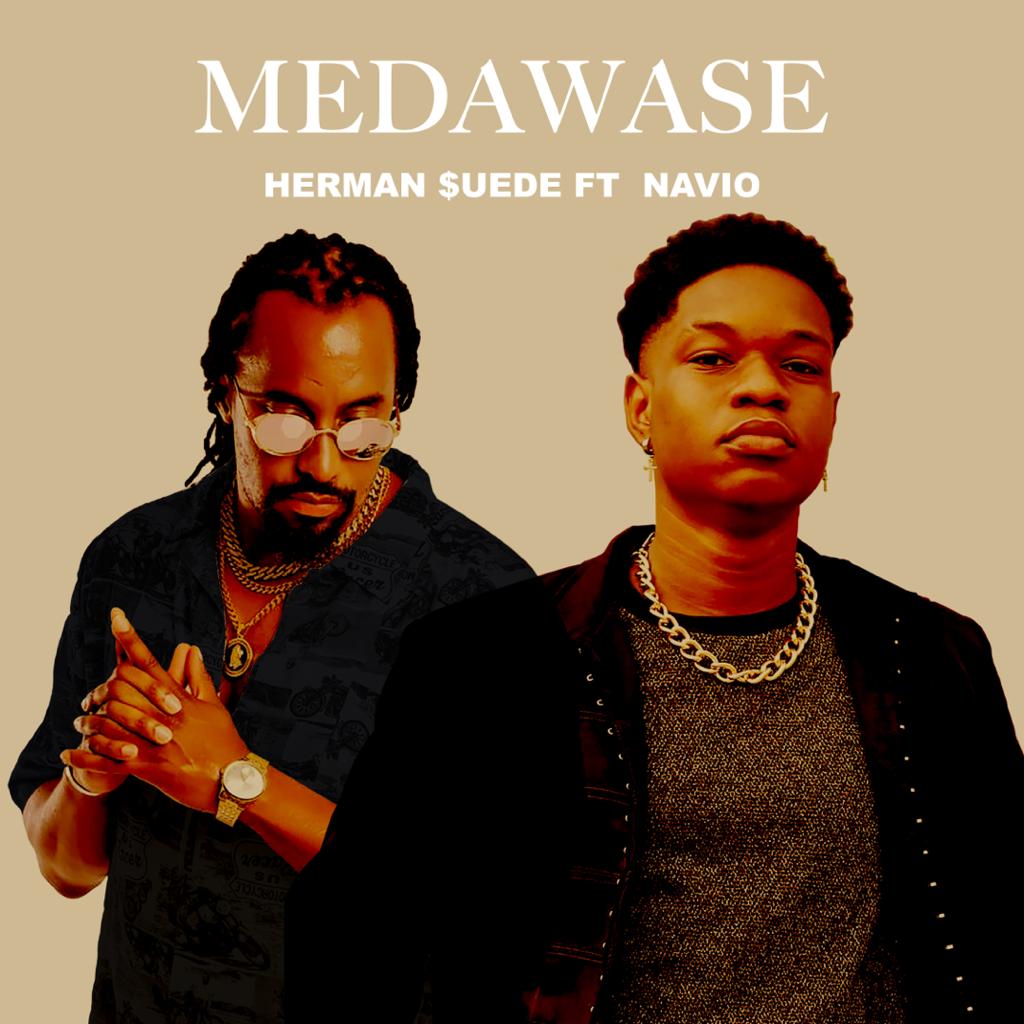 Herman Suede unveils his first international collaboration as he recruits Ugandan rap superstar Navio on the newly released “Medawase”.
Hot on the heels of earlier released love bop “One By One” which is currently receiving raving reviews, Ghanaian teen pop sensation Herman Suede returns with an all-new single “Medawase”, featuring Ugandan rap veteran Navio.
“Medawase” which translates to “I Thank You” in the native Ghanaian language Twi is intended to express Herman Suede’s gratitude to fans for all the love and support he has received thus far. The thanksgiving song happens to be his fourth single release of the year and coincides with the talented singer’s impending 18th birthday (on the 21st November).
Speaking on his choice for Navio’s guest appearance on the record, the singer said: “Uganda is a country that holds a special place in my heart considering the fact that my maternal grandfather lived and worked there more than 20 years. And who else from Uganda to work with than Navio? I consider it a blessing to be able to work with such an iconic act from a country I consider a second home.”
Navio needs no introduction in East African music circles. The highly decorated hip-hop veteran is amongst the key figures who popularised the genre in Uganda, consistently holding the fort for multiple decades. Navio brings his unique “Ugaflow” style to bear on “Medawase” as he delivers a catchy verse rapped predominantly in English native Ugandan language Luganda with a touch of Ki-Swahili and English.
Not only does East meet West, but also the new generation meets the veteran generation on “Medawase”. Produced by burgeoning Ghanaian record producer Yung Demz, Herman Suede, and Navio’s newly released collaborative record is a must-listen!
Stream “Medawase” below:
https://distrokid.com/hyperfollow/hermanuede/medawase
Social Links
Twitter
Instagram
Related Topics:Herman Suede
Up Next