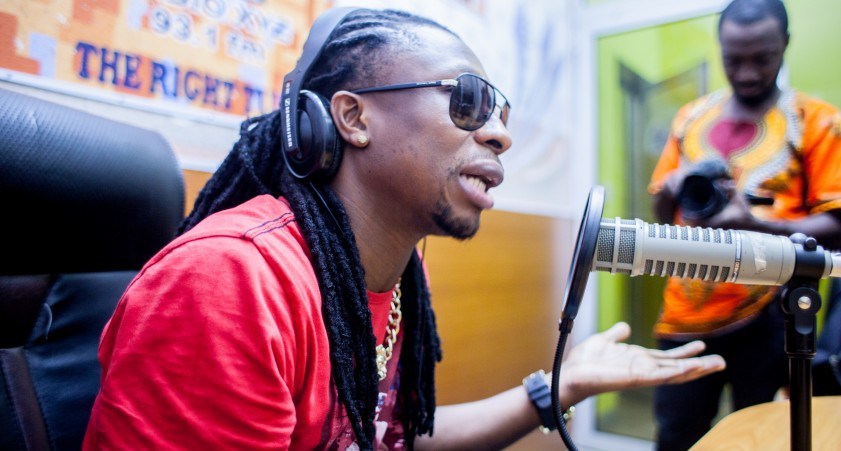 Ghanaian Highlife musician, Kwasi Poku Addae popularly known as Kwaisey Pee has said that Highlife music is currently on a ‘time bomb’ and he blames the media for it.

Speaking on Angel 102.9FM’s Mid-morning show, Y’Adwuma Nie hosted by DJ Ohemaa Woyeyje, Kweisey Pee said Ghanaians are given less time to highlife songs hence his fear that the genre may collapse in the near future in care is not taken.

He insisted that the main stakeholders especially the media has neglected the promotion of the music genre which originated from Ghana and are instead promoting hiplife, hip hop and others.

“Highlife music is our very own genre but the media is not throwing more light on it which will make highlife music very unpopular in the next few years,” he said.

Kwaisey Pee called on all stakeholders to work vigorously to sustain the interest of people in highlife music since it promotes our culture to the world.

The man noted for singing love songs also said that although he has won several awards in his career, he does not really depend on them to deliver.

Kwaisey Pee is set to host a musical concert dubbed ‘Kwaisey Pee and Friends’ on 24th December 2019 at the Gold Coast Hub, Cantonments.

Related Topics:Kwesi Pee
Up Next

I am nobody’s lawyer – M.anifest denies jabbing Stonebwoy in ‘Yawa No Dey’

Bose Ogulu has told her son Burna Boy to “tone down the madness” as she celebrated his birthday. END_OF_DOCUMENT_TOKEN_TO_BE_REPLACED

The Hewale Lala (Song Of strength) hit maker Perez Musik gets ready to have his first-ever major concert. END_OF_DOCUMENT_TOKEN_TO_BE_REPLACED

Kofi Sonny, CEO of 610Music, a direct representative for Universal Music Group in Africa, unveiled two of his newly signed artistes to the world over the weekend. The event pulled in dignitaries from all over the globe to witness what many have dubbed “the birth of greatness.” END_OF_DOCUMENT_TOKEN_TO_BE_REPLACED