It was good returning to Las Vegas for a second time for Goldenvoice’s Day N Vegas (DNV) Festival, featuringperformances from hip-hop and R&B acts at the Las Vegas Festival Grounds, from November 12-14.

I was first there in 2019 for the inaugural festival and of course, due to COVID-19, the festival could not hold in 2020. I left day 3 of the 2019 festival early to catch a flight, so I missed Kendrick Lamar’s hit performance. So I was happy that this time, he was headlining Day 1 of the festival and I wasn’t going to miss it.

Although I was also looking forward to seeing Travis Scott headline Day 2, the November 5th crowd surge and mass-casualty at his Astroworld Festival forced Scott to pull out of DNV. He was replaced by Post Malone. Performances averaged around 45 minutes, except for the headliners — Kendrick Lamar, Post Malone and Tyler, The Creator each got 90 minutes. 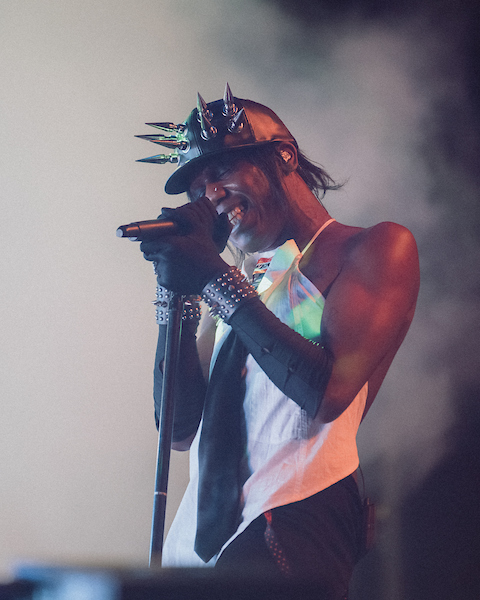 While the emphasis on fan safety struck a hyper-vigilant chord, I was particularly watchful for the spread of Covid. But I was happy with the measure the organizers put in place at the festival grounds. A negative COVID-19 test or proof of vaccination was required on all three days of the festival.

I went in always with my mask on and took it off while things picked up. It was hot and humid so very difficult to keep a nose mask on all the time. Thankfully there was water refill point for festival-goers. I had good tips from this website before my trip to Vegas, regarding water issues. 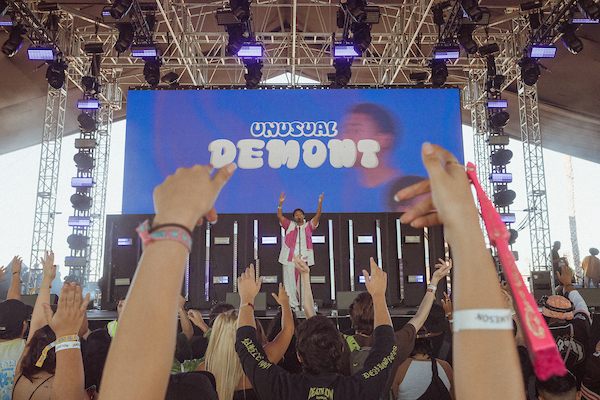 As a traveler from Ghana to the festival, one of my other worries was finding the right accommodation but I picked the Downtowner Hotels & Apartments, just like I did in 2019. If you want good places to stay in Las Vegas and other cities in the USA, click here. 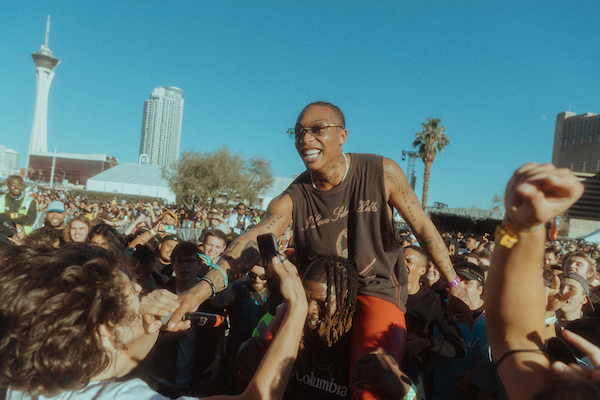 One other difference between my first DNV experience and this year’s event was the fact that I went out more to explore Vegas. This time I was more familiar with the festival grounds, and I also downloaded the Day N Vegas app to help me streamline which shows I really wanted to see, since there were three different stages on the festival grounds.  Appropriately named Frank, Dean and Sammy in honor of the city’s Rat Pack godfathers, the stages of DNV never skipped a beat.

I went around the city beyond the strip and downtown to explore the landscape a little more, in addition to the festival itself. Las Vegas also boats of home developments as many homeowners want to be close to the grandeur of the greater Las Vegas area. This city offers a wide selection of luxury homes fit for an exquisite lifestyle marked by an exclusive set of architectural styles. I saw many houses being put up, and the use of a temporary bridge in most setups could not be missed. 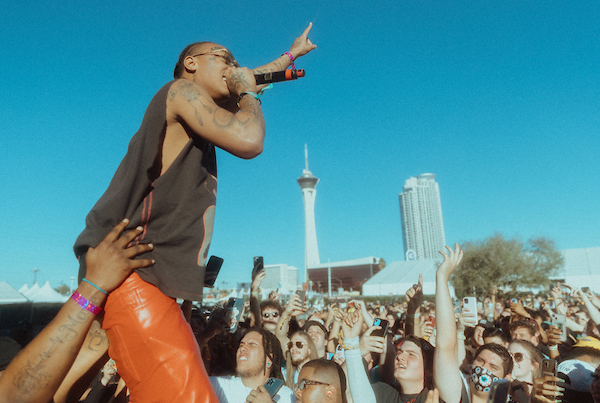 Friday brought standout sets in the Dean Tent, from Thundercat to veteran Madlib. One of my personal highlights  Day 1 was seeing Crenshaw-bred rapper, apart from his obvious skills as a rapper, he also has Ghanaian origins. 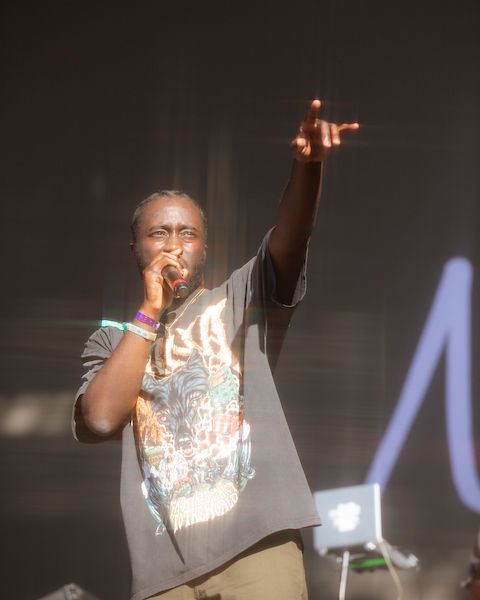 Over at the Frank main stage, Ari Lennox delivered passion and soul and she was followed by rapper YG. Finally there was the biggest event of the night,  the return of Kendrick Lamar, which was also his only live set of 2021. It was an amazing set not just for his rap skills but also the theatrics and dramatization that characterized each song was simply game-changing! Lamar was joined on stage by 16 men in red suits and bowties with different variations of white face paint.

He was clad in a gauzy white fabric, long hair parted in the middle and topped with a crochet cap. The night closed with an appearance by his cousin, protégé and Las Vegas rapper Baby Keem, with whom he performed “Family Ties” and “Range Brothers.” Then, all the players from the 90-minute extravagance came onstage as he beautifully hymned, “Sing About Me, I’m Dying of Thirst,” striking a vignette fitting of a Baroque masterwork.

The much smaller Sammy Stage, saw Isaiah Rashad excite fans and getting personal with them.  My R&B highlight for the night was seeing Jazmine Sullivan perform her hits back-to-back with massive participation from the crowd.

Saturday at DNV was punctuated with dynamic talents such as Don Toliver, Baby Keem, Doja Cat and Tinashe.

Toliver, who performed at Astroworld hours before the catastrophe, asked the crowd for a moment of silence for the victims just after sunset on the Frank Stage.  Baby Keem, making his second appearance at DNV, hit the Sammy Stage with a packed crowd that quickly turned into a mosh pit. Security feverishly handed out water to the crowd.

My favourite R&B highlight of the night was from Lucky Daye, he had moments that made me feel I was at least listening to Chris Brown.  Doja Cat dominated her Frank Stage set with a parade of dancers and sultry moves that had fans screaming.  Meanwhile, Victoria Monét drew a major audience and rave reviews for her first-ever festival appearance in the Dean Tent. Tinashe continued the R&B love at Sammy, sharing a whole new idea on how to use a trampoline while onstage, giving her golden goddess look a little extra bounce. 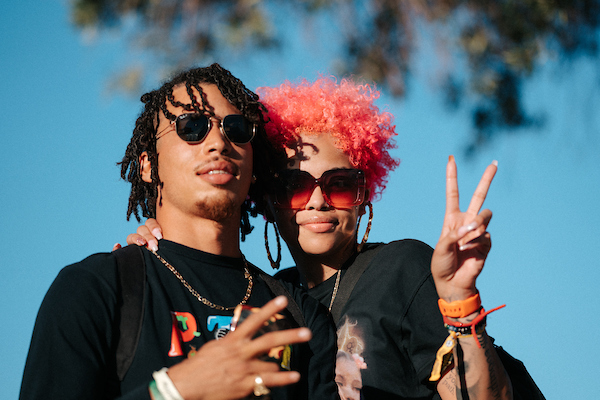 Lil Baby was fun to watch, but he’s not much of a performer for me. He literally just rapped his lyrics to his teeming fans until his set ended.  Headliner, Post Malone gave a solid last-minute performance, considering he was added to the bill only a few days prior.

Sunday started off slow for me as all the pressure of running about from stage to stage from Friday to Saturday had taken a tow on me. All eyes were on the Sammy Stage. Joey Bada$$ and Denzel Curry reminded the audience that they were there for hip-hop, pushing the crowd into a frenzy. 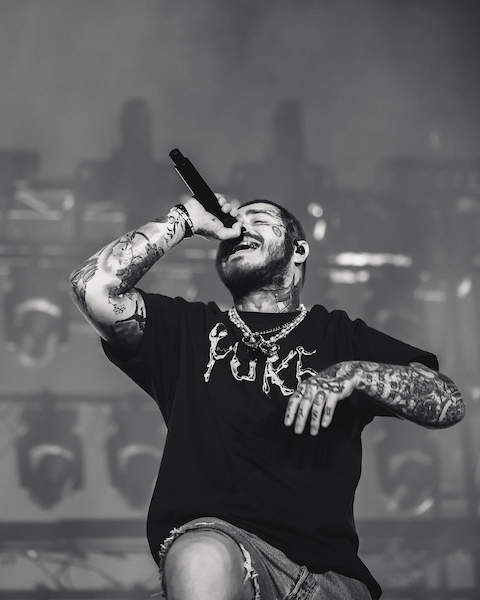 Lil Uzi Vert came on 30 minutes late. Eye-blurring, psychedelic visuals blinded the crowd, and his attempts at inspiring everyone to “rage” got me jumping around just so I wouldn’t get stampeded by the teeming fan. It felt as if the crowd had been possessed by some evil spirit and I was happy when Uzi was cut off 20 minutes after he started, to keep on schedule and make way for SZA. He attempted to keep performing, before throwing his mic into the crowd and walking off. 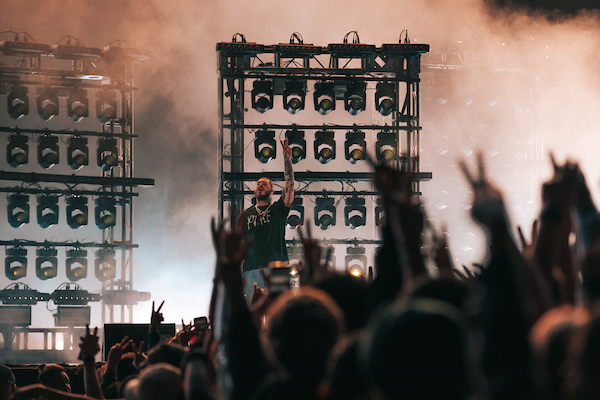 SZA gave one of the strongest vocal performance of the weekend. Tyler, The Creator drew the largest crowd of the three-day event, with his signature style of dark comedic hip-hop performance art.

Related Topics:Day N Vegas
Up Next

10 earring ideas for this Christmas

Things You Should Keep in Mind When Buying a Car

Black Stars Captain, Andre Ayew has spoken up after his penalty miss at the FIFA 2022 World Cup Tournament. END_OF_DOCUMENT_TOKEN_TO_BE_REPLACED

Ghanaian actor and entrepreneur, John Dumelo has requested for the funds set aside for the Black Stars, had they qualified to the round of 16 in the FIFA 2022 World Cup, to be used to purchase desks for school kids. END_OF_DOCUMENT_TOKEN_TO_BE_REPLACED