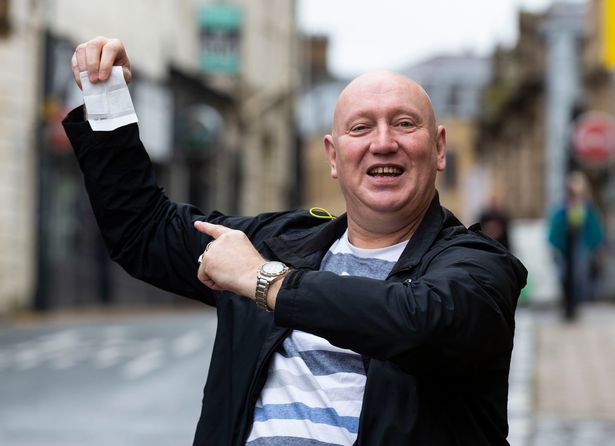 This Manchester United fan  had been waiting nervously on his mega-flutter since lockdown in March.

55-year-old Tony Ward from Bradford was so sure of the Reds’ chances of success that he stuck on the whole inheritance he was left by his mother when she passed away. Tony inherited £55,000 when his mum Rose died in 2017 aged 82 — and put the lot on Liverpool back in October, at odds of 4/6.

He had to endure a nervous wait during lockdown as football was suspended as a result of the coronavirus crisis, but once it resumed it did not take long until Chelsea’s win over Manchester City on June 25 confirmed Liverpool as champions.

But the dad of three collected £91,000, including his stake, when Jürgen Klopp’s side were confirmed as champions last month.

He said: “Liverpool were always looking like they could win the title. I picked them after a long, long debate.” Tony, who calls himself an “armchair” Man United supporter, then had an agonising wait before the season eventually restarted in mid-June,

He said: “I would have got my stake back, I think, if the season had been cancelled. But that would have been unfair.

“Liverpool were that far clear. They only needed six points.”

The Kop idols, managed by Klopp, quickly got those, clinching their first top-flight title in 30 years and earning Tony his payout from Ladbrokes.

He is now planning a foreign getaway while keeping the rest in the bank.

Related Topics:LiverpoolMan Utd
Up Next