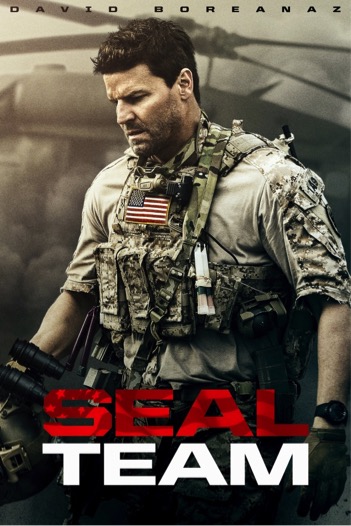 Here are highlights for November programming on DStv M-Net Seal Team (Series Premiere): David Boreanaz (Bones) stars in this action drama following the lives of an elite group of Navy Seals as they train, plan and execute the most dangerous, high-stakes missions. Airs from Wednesday 01 November at 6pm Mnet Channel 101. Split (Movie): M. Night Shyamalan directs this horrifying psychological thriller starring James McAvoy. Three young girls are kidnapped by a man with multiple personality disorder. Tune in on Saturday 04 November at 7pm. The Great Wall (Movie): Acclaimed filmmaker Yimou Zhang helms this historical fantasy starring Matt Damon. An elite force of warriors must save humanity from a horde of monstrous creatures. Airs on Sunday 5 November at 6:05pm. Comedy Central Most Ridiculous (S2 Premiere): Host Schalk Bezuidenhout presents more rounds of hilarious, stupid and insane videos from the worldwide web. From wacky weather to major bike trick blowouts, the ridiculous rules! Some of this season’s themes to diarise include gym disasters, talent shows, drivers and the very intriguing “penguins and other wildlife”. Tune in from Monday 6 November at 7pm. BET 50 Central (Premiere): Curtis “50 Cent” Jackson hosts BET’s first variety comedy showcase. The series will feature sketches, hidden camera pranks, musical performances and A-list celebrity guests to create the ultimate late-night party — all handpicked and hosted by 50 Cent. Premieres on Friday 3 November at 7:30pm. Crime & Investigation Motive to Murder (Premiere): Fascinating true crime series, Motive to Murder, takes a psychological look into some of the real-life murder cases that have made headlines around the world: from crimes of passion and serial killers, to opportunistic slayings and mass shootings. Tune in from Friday 3 November at 6:50pm. National Geographic Long Road Home (Premiere): Based on the 2004 in-country experiences of the Army’s 1st Cavalry Division from Fort Hood, TX. They were ferociously ambushed on April 4th in Sadr City, Baghdad in an attacked that became known as ‘Black Sunday’. The series cuts between the action on the ground in Iraq and on the home front back in Texas, where wives and families must wait for news. Starts Monday 6 November at 7pm with a double-bill. History Road Hauks (Premiere): One group is harnessing history to create the most badass, over-powered, and one-of-a-kind vehicles on and off the road: Hauk Designs. Follow designer and builder Kenny Hauk and his team as they continue to shake up the car world with their historically-inspired vehicles. By drawing inspiration from past eras and events, he incorporates different aspects of America’s rich story into each Hauk machine. In every new episode, Kenny and his team take on a new build. Airs from Thursday 2 November at 7:10pm. IDx Six Degrees of Murder: Whether separated by one degree or six, all seven billion people on the planet are connected by some combination of blood, money, or love. But every once in a while, some of the most sprawling and unlikely networks of people are linked together by a single shocking event – murder. This compelling series recounts the story of murder investigations that required law enforcement to untangle a complicated web of relationships in order to uncover the truth. Catch it from Thursday 2 November at 8pm.  ]]>

The best train movies are showing on M-Net Movies