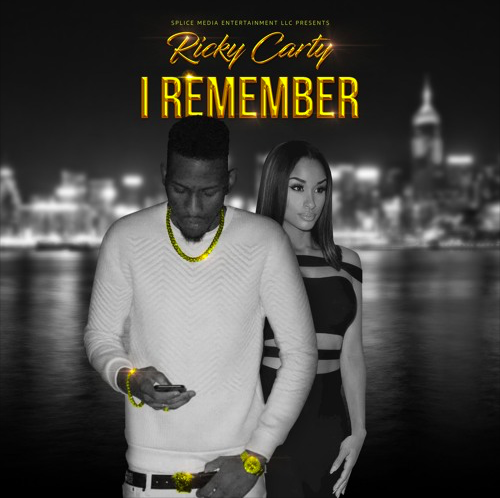 Talented Jamaican artist, Ricky Carty is out with his first major release for the year, ‘I Remember’, and it is a hot one. ‘I Remember’ sees Ricky Carty presenting a different side of his musical talent to fans; unlike his usual  dancehall and soca anthems, the new single an infusion of trap music. Born Ricardo O’Neil Carty, Ricky Carty is one of the most vibrant and promising dancehall artists from Kingston Jamaica. He started to show a love for music by the tender age of 7 when he received his first musical instrument, a recorder. He then began to practice with this recorder until fully mastering it being able to play any song with the instrument by age 10. By age 11 Carty took a keen interest in dancehall when he wrote but never recorded his first song ‘Skate or Die’. Not paid any attention he then focused his efforts to Drama as he would entertain his classmate during school devotion self-written skits about the Bible or a fictitious character. In late 2010 Carty formed an internet based Entertainment group known as Di Reflections which consisted of various upcoming artistes like himself, graphic designers, disc-jocks, producers, promoters etc. In 2012 this group was disbanded as he could not focus on his individual career and the careers of the others in the group as they were all seeking the same goal which was recognition. In January 2012 Carty recorded his first Demo track ‘Some Gyal Look Better Sideways’ which to date is not released at renaissance disco’s studio. T His was the start of Carty’s recording career as he also recorded demos and freestyles from home. He then started networking and started working at various studios in Kingston. In December of 2012 he released his first song ‘7 Days A Party’ along with a fellow upcoming artiste. Subsequently he has recorded and is presently Singles with both major and minor record labels most of which are currently unreleased and hopes to release a mixtape in early 2014 Ricky Carty gain worldwide recognition when his raunchy video for ‘Gyal Tek Cocky’ which saw him almost having sex with a lady went viral. He became a fixture in the dancehall scene not only in Jamaica but also in USA and around the world.]]>

Related Topics:Ricky Carty
Up Next