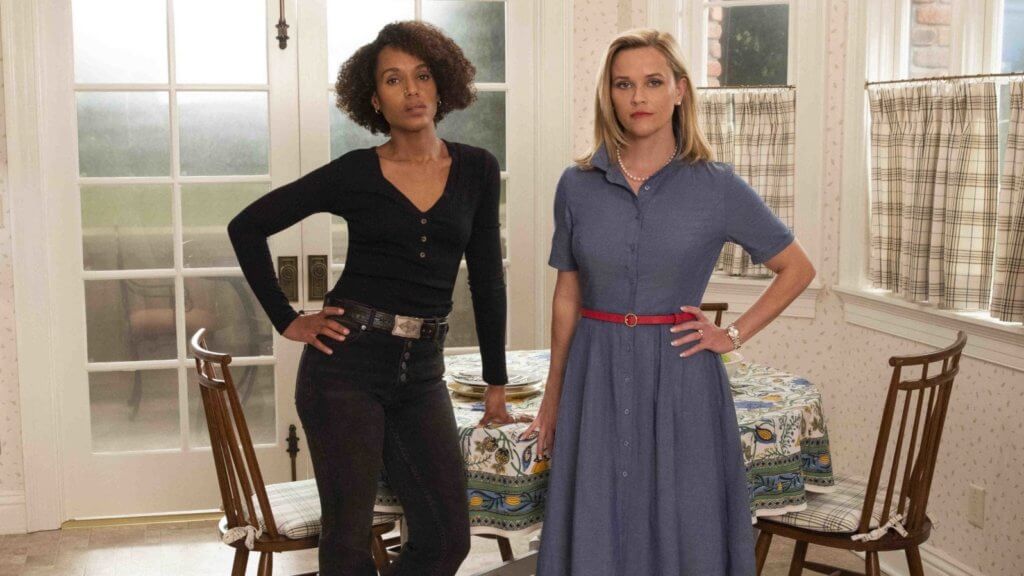 Binge on the biggest HBO shows in the world on the NEW Mnet Binge CHANNEL, Stay Home, – The Home of HBO channel 114. Catch all your favorite series like Sex In The City, Game of Thrones and Newsroom from 8pm – 8am daily.

Let Cruise control YOUR DStv remote during the lockdown on the Tom Cruise pop up channel on DStv. The biggest Tom Cruise movies all day on channel 109. Ends 5th April so tune in today!

Superheroes to the rescue on DStv Ch.300 the home of superheroes now on DStv for kids of all agesToonami channel 300. Superhero fanatics, this is for you!

Glitz, glam, fashion, beauty and famous has a home and it’s the home of the Kardashian. Keep up with Kris Jenner and her girls as they run the world on a new season of Keeping Up with The Kardashians, this and every Sunday at 6pm on E! Ch 124.

Don’t play with fire. Reese WhitherSpoon and Kerry Washington lead in a brand-new miniseries, Little Fires Everywhere. With this cast, you expect nothing but the best!
Follow the intertwined fates of the picture-perfect Richardson family and an enigmatic mother and daughter who upend their lives! Mondays at 9pm on M-Net Ch 101.

Rule to the End. The powerful family drama set within the world of hip-hop music. Catch the final ten episodes of EMPIRE – Thursdays at 6:45pm on FOX Ch 145.

An exploration of the Bush family’s internal dynamics, including the influential matriarchs, sibling ambitions and competitive spirit that drove them to power. A new season of American Dynasties-The Bush Years shows Wednesdays at 5pm on M-Net Ch 101.

A woman’s place is In the White House! The final season of Madam Secretary follows the life of Elizabeth McCord as she becomes America’s first female president. Final season shows Thursdays at 7pm on M-Net Ch 101.

The talent show that started it all is back! Catch Season 18 of American Idol, Fridays & Saturdays at 5pm.

While trying to take down Carlton, the CEO of Life Foundation, Eddie, a journalist, investigates experiments of human trials. Unwittingly, he gets merged with a symbiotic alien with lethal abilities. Venom shows this Sunday 4th April at 6:05pm on M-Net Ch 101.

Calling on all 2o somethings! This is for you! Twenties follows a black woman in her 20s named Hattie and her two straight best friends, Mari and Nia, chase their dreams in Los Angeles as they try to figure out life, love and the professional world. Wednesdays at 8pm on BET Ch 129.

Khloe Kardashian collaborates with Discovery ID to produce Twisted Love. It follows investigators as they dissect complicated relationships between spouses, friends and family members to answer the question: Who felt a love so strong it drove them to kill? Brand new series showing Fridays at 7pm on Discovery ID Ch 171.

Be sure to catch your favorite Nigerian series Confessions, Unmarried, Date My Family and Dr. Laser on AfricaMagic Showcase CH 151.

The countdown is on with Elikem Kumordzi, Trigmatic and the rest of the Old Mutual Amazing Voices crew as they inch closer to the finale with a $100,000 at stake. Catch it every Sunday on AfricaMagic Family Ch 154 at 3pm.

Here’s how SuperSport is changing up its line-up to keep giving you the best sports programming:

SuperSport viewers on DStv and GOtv will witness history on the days of Sunday 5 and Monday 6 April 2020, as for the first time ever in WWE history WrestleMania is held over two days!

The 36th edition of WWE’s most prestigious and famous event will take place at the company’s Performance Centre in Orlando Florida over 5 and 6 April, because it’s too big for just one night!

The matches on the card include WWE legend The Undertaker facing AJ Styles. ‘Taker has a record of 24-2 at matches in WrestleMania and will be eager for a 25th win after Styles labelled him an old man and says he plans to end the Phenom’s career.

John Cena, one of the greatest WWE Superstars of all time, will face a unique challenge in his career when he comes up against the twisted mind of ‘The Fiend’ Bray Wyatt, while the bad blood between two further legends, Edge and Rand Orton, will be settled by a Last Man Standing match – this is a hardcore match where a competito will lose if they are unable to answer a ten-count after being downed.

The two headline clashes of WWE WrestleMania see the WWE Championship and WWE Universal Championship up for grabs. For the latter belt, the legendary Goldberg comes up against ‘The Big Dog’ Roman Reigns in a match where both will be looking to use a ‘spear’ as a key weapon in their arsenal.

The WWE Championship match sees the long-awaited meeting of title holder Brock Lesnar and Royal Rumble winner Drew McIntyre. ‘The Chosen One’ has been building momentum in recent months and will back himself to overcome Lesnar and claim one of the elite championships for the first time in his career.

Related Topics:DStv this April
Up Next

On Tuesday, August 2, Netflix hosted a “See What’s Next Africa” content showcase in Lagos, Nigeria, to spotlight its increased investment in Africa’s rich storytelling history through exciting new projects in a wide range of genres and formats that will be available in 190 countries. END_OF_DOCUMENT_TOKEN_TO_BE_REPLACED

Religious fanaticism and extremism have plunged countries into chaos and conflict the world over. Countries in West Africa that have been affected include Nigeria, Burkina Faso and Mali among others. END_OF_DOCUMENT_TOKEN_TO_BE_REPLACED

The meteoric rise of the African entertainment industry into a reckoning force within the global entertainment landscape has been accentuated by MTV Base’s tireless commitment to expanding the acceptance of African music, lifestyle, and entertainment across the globe. Over the last two decades, and in recent times, it has affirmed this commitment with various innovative campaigns, the most recent of which is its Musicology series.   END_OF_DOCUMENT_TOKEN_TO_BE_REPLACED