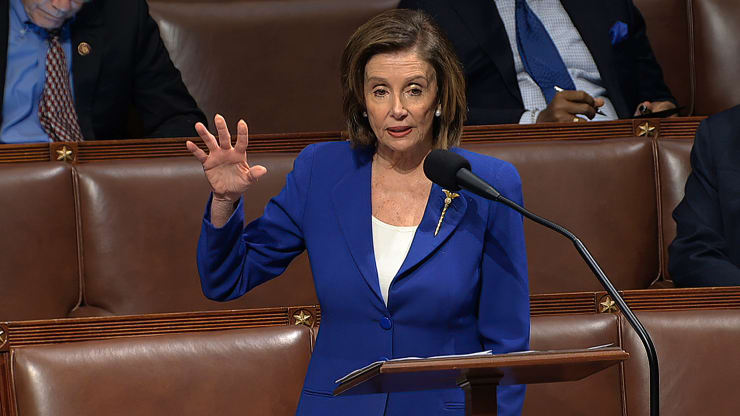 The House passed a $2 trillion coronavirus relief bill, sending the unprecedented measure to President Donald Trump’s desk after a scramble to block efforts to delay its passage.

The chamber passed the proposal by an overwhelming voice vote, which simply measures if more lawmakers shout for “aye” or “nay” on legislation. Rep. Thomas Massie, R-Ky., tried to force a full yes or no vote on the measure, which could have delayed its passage by hours. Irritated House members rushed back to Washington in cars and near-empty planes to head off his effort, and some eviscerated him for risking their safety.

The plan, which includes one-time payments to individuals, strengthened unemployment insurance, additional health-care funding and loans and grants to businesses to deter layoffs, got through the Senate unanimously on Wednesday night. House Speaker Nancy Pelosi has described the bill “as mitigation” of the pandemic’s destruction, predicting Congress will draft more plans to aid “recovery.”

Trump has promised to sign the legislation “immediately.” While it is unclear how quickly the government will dole out some of the money such as increased unemployment benefits and small business loans, the White House and congressional leaders have said some individuals will receive direct payments of up to $1,200 within three weeks.

Related Topics:coronavirus stimulus bill
Up Next

This is not goodbye: Emirates ground crews give an emotional send-off to last flights

A 12-year-old boy has confessed to accidentally shooting his mother, a Nigerian woman, after initially claiming an intruder killed her in their US home. END_OF_DOCUMENT_TOKEN_TO_BE_REPLACED