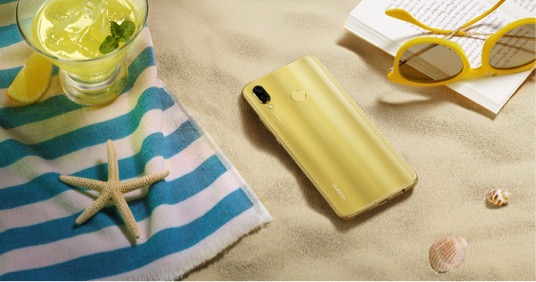 Our galaxy spans 100 thousand light years, and is made up of approximately 200 billion stars, each of which emits a unique glow and serves as the center of its own domain. Stars burn, fizzle out, and reform over the course of millions, or even billions of years. In the fast-moving smartphone market, however, this cycle of rebirth and reinvention occurs within a much quicker time frame.

Over the past two years, the HUAWEI nova series has been the new star that shines the brightest, furnishing cutting-edge Huawei capabilities, including flagship-level Kirin chips, GPU Turbo technology, powerful battery life, and riveting features through a stylish, youthful filter.

Indeed, the series’ dazzling designs have made it a sensation among young consumers, with skyrocketing global sales. HUAWEI nova has assumed its place alongside the more established P and Mate series, blazing a trail as a pioneering product line with a distinctive aura. But unlike the distant stars in the night sky which represent powerful forces beyond the reach of humanity, HUAWEI nova puts star-like qualities fully within our grasp!

HUAWEI nova smartphones pack top-notch hardware and computing to back up their burgeoning reputation. As futuristic AI photography and enhanced front cameras have helped drive the current golden era of selfie photography, a phenomenon that has only been accelerated by the presence of social media, each new generation of HUAWEI nova phones has packed innovative hardware. The nova 2s incorporated dual front cameras, the nova 3 unveiled 24 MP AI poster-quality selfies, and the nova 4e made the leap to 32 MP ultra-HD resolution.

A beauty algorithm provides the cherry on top, elevating nova selfies into works of art. Painstakingly developed, advanced facial mapping models have enabled the rapid progression from simple nude makeup effects, to 3D beautification, to AI micro-adjustments. The latter furnishes finely-tuned, professional-level effects that accentuate the natural beauty of any subject, integrating the fleeting joys of youth with the timeless nature of photography.

Lighting the Way to a Brighter Future

For many young people, smartphones have become more than just fun and functional devices, but as the extension of the user’s personality. Design is now more important than ever, as many people now buy phones as an expression of independence, and to take part in an unconventional user experience. Huawei’s bold aesthetics meet such demands for out-of-the-box designs that stand out from the ordinary.

From the candy-reminiscent color schemes on the nova 2s, to the nova 3’s purple and blue tones, and the intricate double-layer of reflective film on the nova 4, HUAWEI nova has always been at the forefront of design innovation. This trendsetting nature and unrelenting commitment to reinvention matches the ethos of young consumers in 2019, who take smartphones for granted as essential in daily life, but still desire new and novel ways to interact with their devices.

Packed with high-performing Kirin chips and revolutionary GPU Turbo graphics processing technology, Huawei nova smartphones serve as premium gaming devices. Its proprietary Histen sound effects provide for lifelike and immersive gameplay, making a nova phone user the life of any party. And that in essence, is what HUAWEI nova is all about: making every user the center, around which their world orbits.

Continue Reading
Advertisement
You may also like...
Related Topics:HUAWEI nova