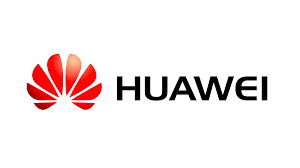 Global smartphone shipments fell by 11.7% in the first quarter, according to IDC, a market intelligence firm. As the coronavirus epidemic spreads around the world, the shipments of the top 3 phone brands have been hit to varying degrees.

Affected by the coronavirus epidemic, the mobile phone market, which was expected to warm up, was in a downtrend in Q1. All major manufacturers are facing unprecedented severe tests.

The competitive balance remains solid in the mobile phone market

Samsung, Huawei, and Apple are still the top three players in the global mobile phone market. According to IDC, in the first quarter, handset shipments of Samsung, Huawei (including Honor) and Apple were 58.3 million, 49 million, and 36.7 million units respectively, which means Huawei held onto its No.2 position. 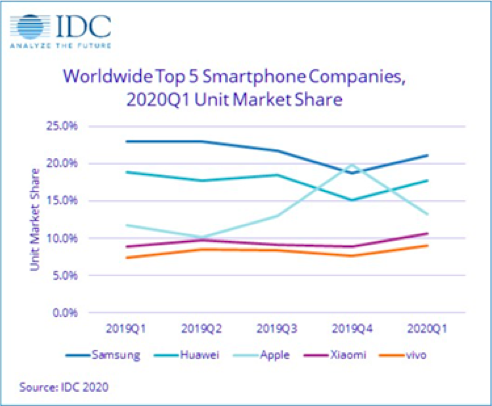 Samsung and Huawei continue to maintain their leading position in the 5G smartphone field. In Q1, Huawei’s shipment of 5G smartphones reached 8 million units, ranking No. 2 in the world. Huawei and Samsung (8.3 million units) captured 68% of the global market share of 5G smartphones. 5G models such as Mate 30 and Mate 30 Pro are popular among users.

New devices released in the first quarter, such as Huawei P40 series and Samsung S20 series, will contribute to the shipments in the second quarter. However, unless they can generate over 10 million shipments, otherwise the fundamentals will remain the same.

Huawei takes advantage of the “safe haven” of the Chinese market and attains growth against the trend.

China’s mobile phone market was hit the earliest by the coronavirus Pandemic, and has shown ups and downs in Q1 throughout the outbreak, control and gradually ease of the epidemic.

The smartphone sales in China plunged by an unprecedented 22% in the first quarter, according to Counterpoint. The impact of COVID-19 on both demand and supply sides were felt firstly in China. For example, Vivo and Oppo which heavily relied on offline market dropped by nearly 30%, with each down by 27% and 30% respectively. Xiaomi fell by a stunning 35% year-on-year.

Huawei was the only brand to see sales growth in China market in the first quarter, with total sales being 28.7 million units, up by 6% from the previous quarter, outstripping the sum of Oppo and Vivo. Huawei managed to attain the growth against the market trend.

In the past march, as the epidemic eased in China, and mobile phone production gradually restored, Chinese vendors were the first to recover, and the Chinese mobile phone market is serving as a “safe haven”.

Huawei climbs up by leveraging such a “safe haven”. Its Mate 30 series and Nova 6 series feature industry-leading image experience, optimal 5G solutions, and the distributed operating system that offers seamlessly connectivity in all scenarios. These solid product advantages make Huawei mobile phones the first choice for many users when it comes to replacing their phones. In March, Huawei took 43% handset market shares in China, ranking No. 1.

Related Topics:Huawei Ranks No. 2 Globally
Up Next

Huawei’s wearables, PC and headsets contribute to steady growth despite the global pandemic