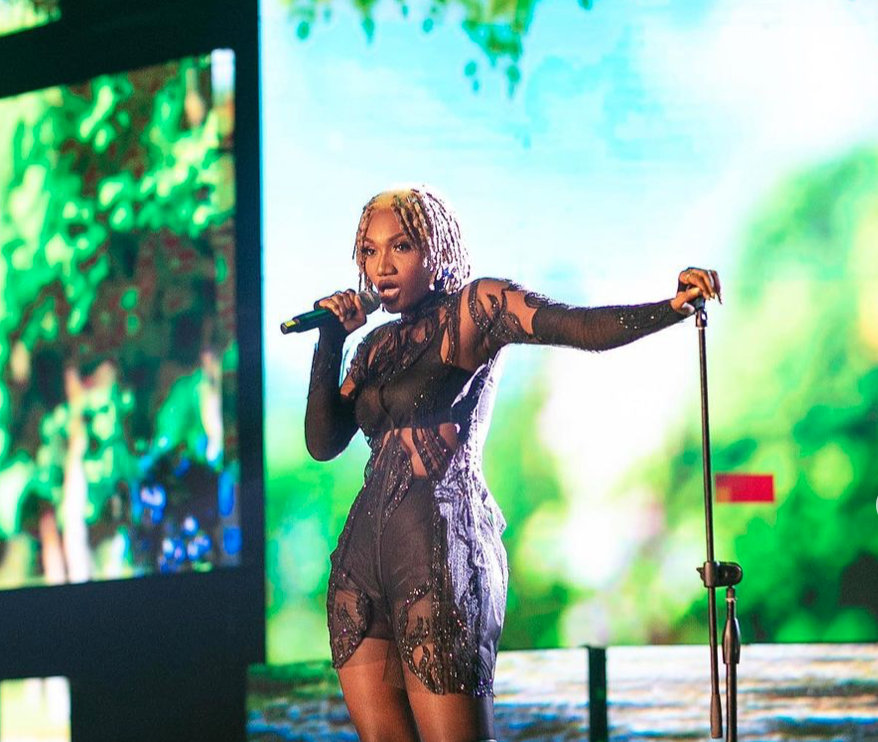 Wendy Shay was billed to perform on the first day of the award ceremony which was held on Friday, May 6.

Wendy Shay’s performance received a lot of criticism as fans and patronisers of the award ceremony were not impressed .

Defending her performance in a tweet, the “Uber Driver” hitmaker explained that she had some technical difficulties.

“Obviously there was a technical hitch from my band. I pulled thru with a Thrilling Top Notch performance at the just ended VGMA’s,” she tweeted.

She added; “vocals, Choreo, Costume, all on POINT! yet we had some ppl still hating.”

Wendy Shay, who has stated on countless occasions that she will be the one to bring home Ghana’s first Grammy, asked naysayers to “humble” themselves so she can achieve that goal.

” …so won’t U people humble Urself so I take U to the Grammys! Ghana wake up!” she stated. 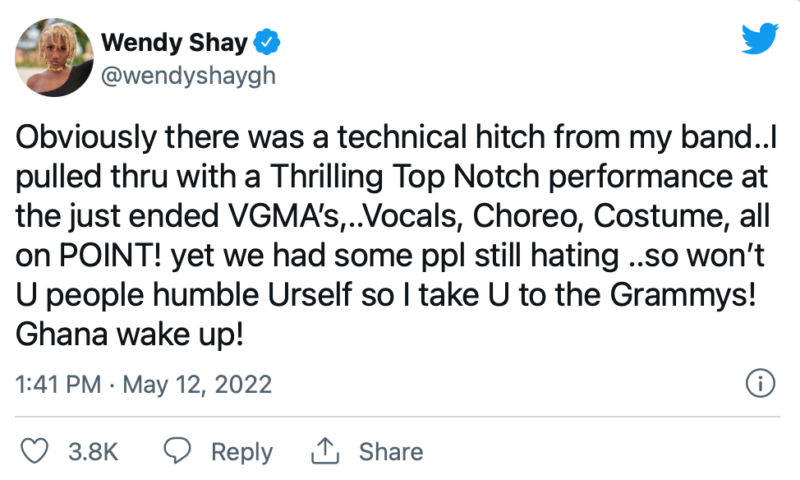 Nigerian actress, Eucharia Anunobi, has revealed she urgently needs a man to settle down with. END_OF_DOCUMENT_TOKEN_TO_BE_REPLACED

General Manager of GhOne TV, Nana Aba Anamoah and Broadcaster, Serwaa Amihere have chided supporters of the New Patriotic Party (NPP) for defending the purported copy of a will of Kwadwo Owusu Afriyie, popularly known as Sir John. END_OF_DOCUMENT_TOKEN_TO_BE_REPLACED

Kourtney Kardashian and Travis Barker have got married – again. END_OF_DOCUMENT_TOKEN_TO_BE_REPLACED

Some celebrities have stood up for singer Feli Nuna following her altercation with A-Plus on United Showbiz on Saturday, May 21. END_OF_DOCUMENT_TOKEN_TO_BE_REPLACED