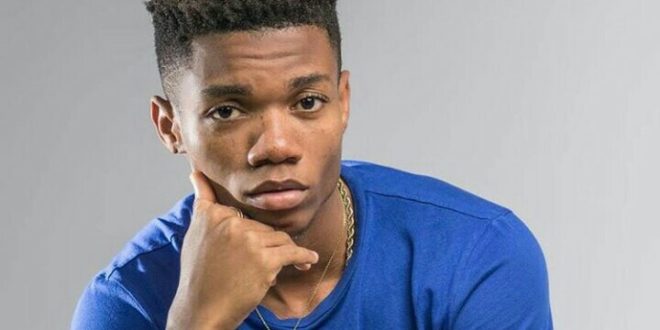 Kidi reveals how he almost gave up on music[/caption] Lynx Entertainment signee, Kidi may be one of the hottest musicians in Ghana right now but it may be surprising to know that the “Thunder” hitmaker almost gave up on his dreams. In an interview with Graphic Showbiz, the “Say you love me” hitmaker, KiDi said he almost gave up because things were not going well after he won MTN hitmaker. “I almost gave up on music, before Odo and the others, I almost gave up, because things were not going as planned. I remember in December 2016, I went to church on New Year’s Eve and prayed and asked God to turn things around if this is what I was born for and that has been it since,” he said. He also added that he is happy things turned round for him because he’s on the way to the top and he is willing to put in the work for that to happen. Power on “superstar”, because the sky is your limit now. https://youtu.be/xQI_nPIyqqc]]>

Grammy award-winning Nigerian musician, Burna Boy is trending on Twitter over his choice of outfit at a recent concert. END_OF_DOCUMENT_TOKEN_TO_BE_REPLACED

Vanessa Obeng, who represented the Bono East and Florida, has been  crowned MissGhana USA  2022 at the finale held at the Atlas Performing Arts Center Washington DC on the 25th of June 2022. END_OF_DOCUMENT_TOKEN_TO_BE_REPLACED