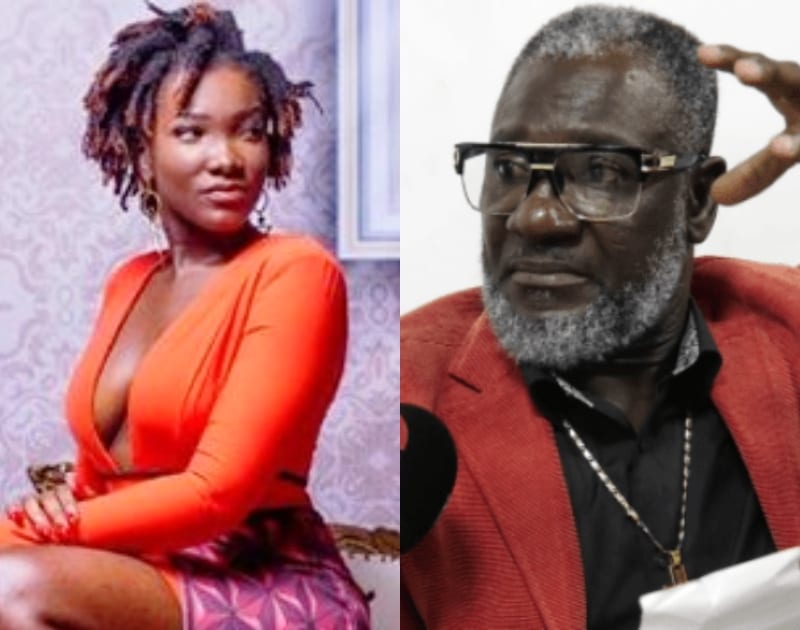 Nana Opoku Kwarteng, father of late dancehall artiste Ebony Reigns, seem not to be bothered about people criticizing him celebrating Is late daughter’s  birthday. He stated that he will forever protect the legacy of his daughter.

He said he will continue to organise birthday parties in honour of his late daughter.

Starboy, as he is popularly called, has come under heavy criticism for attempting to celebrate Ebony’s birthday, which falls on 16 February 2020.

In a conversation with Radio Universe, Mr Kwarteng said he is unconcern about the criticisms, arguing that personalities such as his late daughter are hard to come by, thus, need to be remembered always.

“People like my daughter Ebony are not common; they are once in a lifetime. If you have a daughter of this personality, would you let her legacy die off just like that? I want all of us to keep the memory of Nana Hemaa with us, that’s why I would be celebrating her birthday every year,” Mr Kwarteng indicated.

Ebony died on 8 February 2018 in a motor accident on the Sunyani-Kumasi road when she and her bodyguard, as well as her friend were returning to Accra.

Last year, Mr Kwarteng celebrated his late daughter’s birthday by organising a jollof party for her fans at his residence.

Watch: Sarkodie never responded when I asked him for a feature- Blakk Rasta

US-based woman sues Funny Face for allegedly defrauding her of $53,000

Viola Davis makes a stunning transformation in the new trailer for ‘The Woman King’, in which she plays Nanisca, leader of the all-female warriors known as the Agojie. END_OF_DOCUMENT_TOKEN_TO_BE_REPLACED

African-American businessman and jet broker Kelvin Mensah, popularly known as PJKev has added his voice to the many people against the building of the National Cathedral. END_OF_DOCUMENT_TOKEN_TO_BE_REPLACED

Nigerian hip-hop artiste, Eedris Abdulkareem has disclosed that he is battling kidney failure and will have a surgical operation at the end of July. END_OF_DOCUMENT_TOKEN_TO_BE_REPLACED

According to reports from Nigeria, unidentified gunmen have attacked an ‘advance team’ of President Buhari’s presidential aides leading to injuries to two people. END_OF_DOCUMENT_TOKEN_TO_BE_REPLACED

Sensational highlife/afrobeat artist KiDi has said that his dream is to collaborate with Daddy Lumba on a song. END_OF_DOCUMENT_TOKEN_TO_BE_REPLACED