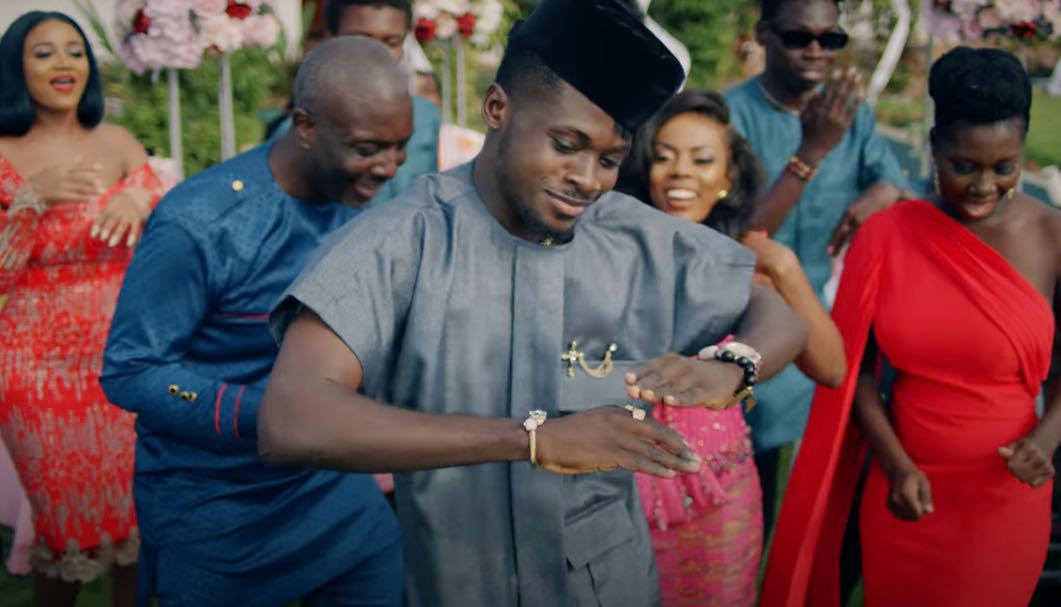 Lynxx Entertainment act, Kuami Eugene has dismissed claims that the quality of his latest song “Open Gate” shows he is running out of steam and his lyrical agility is weakening.

The song, which is the lead single of his upcoming studio album, Son of Africa, is a fast-tempo afrobeat tune, produced by WillisBeatz.

Despite garnering more than half a million views on YouTube, there are people who believe it detracts from the youngsters’ stellar song writing abilities.

But the Lynx Entertainment act, in an interview with MzGee on TV3’s New Day, insists his critics got it all wrong.

“Hello No, the thing is music is craft, where are these same people talking now, how did i get half a million views in three days, why arent they omplaining about the fact that the song is moving so quick and the video is moving so fast, thats where my question comes from”

He then took on these critics suggesting they may not really understand the things the talk about.

“Who ever is saying that doesn’t actually understand what he is saying, a lot of people talk  about things they don’t understand, and currently in our world, a lot of people sit on shoes that they don’t even understand what the show is talking about, and will probably not be may be an entertainment person or somebody who has been in the studio or managed an artist for a long time or written songs for a longtime, so they don’t actually know what they are talking about, if they knew what they were talking about they will first think of the fact this song is getting half a million views in three days, how many Ghanaian artiste can pull that amount”

Kuami Eugene then proceeded to explain the controversial lyrics:

Kuami Eugene is set to release his ‘Son of Africa’ album on 9th October 2020.

Ghanaian actress, Bisa Gbekle has revealed that it’s not all rosy when going under the knife to get your body enhanced. END_OF_DOCUMENT_TOKEN_TO_BE_REPLACED

Ghanaian actress, Bisa Gbekle became the talk of town over the past few weeks after she flew all the way to Turkey to undergo body enhancing surgery. END_OF_DOCUMENT_TOKEN_TO_BE_REPLACED

Ghanaian actress, Bisa Gbekle became the talk of town over the past few weeks after she flew all the way to Turkey to undergo body enhancing surgery. END_OF_DOCUMENT_TOKEN_TO_BE_REPLACED

Ghanaian actress, Yvonne Nelson, has come to the defence of veteran actor, Psalm Ajetefio (TT), over his “plead for leftovers” scandal that has hit the country over the past couple of days. END_OF_DOCUMENT_TOKEN_TO_BE_REPLACED

Despite public opinion that actress Yvonne Nelson has gone silent on the current ruling party, the New Patriotic Party (NPP), she begs to differ. END_OF_DOCUMENT_TOKEN_TO_BE_REPLACED