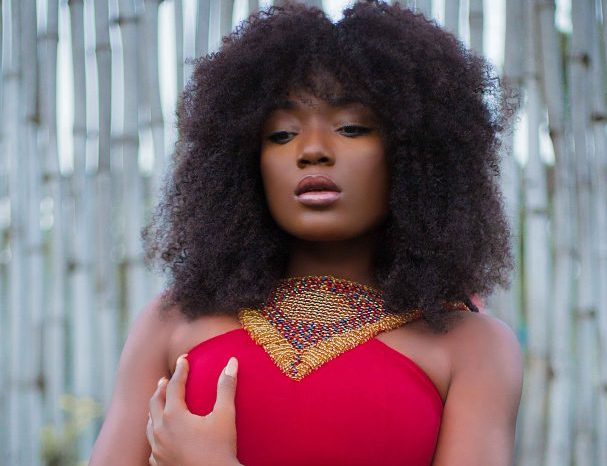 Jane “EFYA” Awindor[/caption] Singer Efya has revealed in an interview that she’s too powerful a woman for any man in the industry to ask her for sex to help her. Speaking in an interview with KMJ on Showbiz Now on Joy Prime, the “Little Things” singer, born Jane Awindor, noted that her womanhood cannot be disrespected by any man in exchange for favors in the industry as far as her career is concerned. “They will never dare. I am not the one. I’m too powerful, the thing is you will disrespect me, I’m a woman and I have installed that power in myself,” she said. “There have been a lot of artistes in Ghana who have also helped me to get to where I am. So when they call on me as a favour I will definitely do what I can for them depending on how it suits my brand and pricing,” she said. The ‘Mamee’ singer also added that it’s strictly business for her when it comes to dealing with people and money.]]>

Arnold Schwarzenegger apologizes again for past behavior towards women 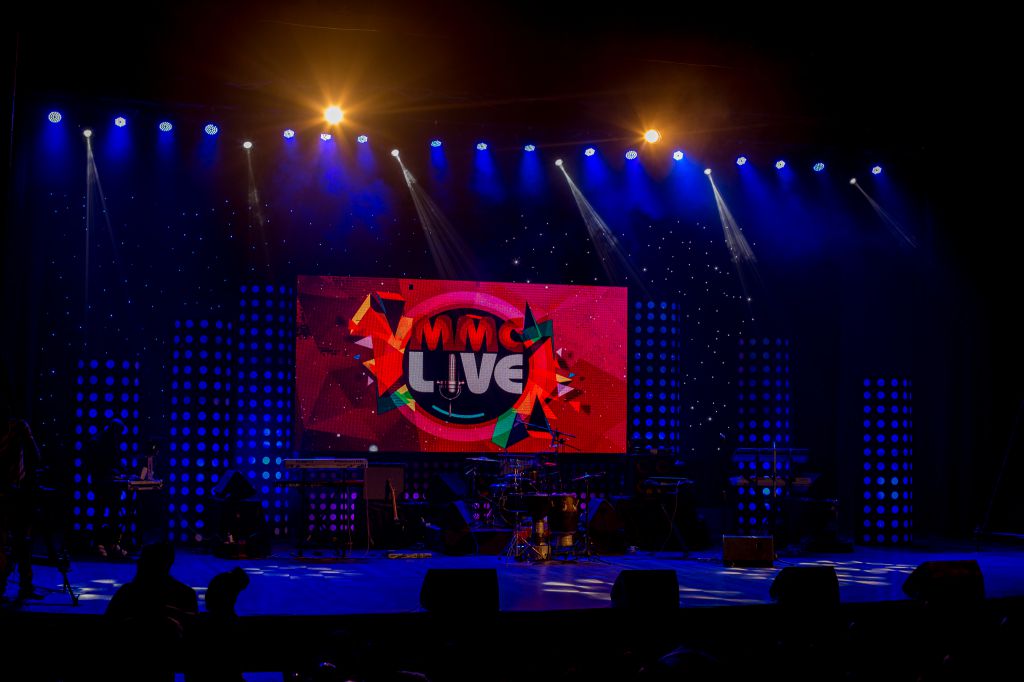 After a two-year break due to COVID-19 restrictions on public events, Music, Magic and Comedy (MMC LIVE) makes a return this year.

MMC LIVE is Ghana’s only show that creates a unique platform for musicians, magicians and comedians to showcase their talents in one night. This year’s planned show will be the 5th Edition.

It is expected that this year will see top performers headlining the trilogy show – Music, Magic and Comedy on one stage.

“It’s been a challenging two years due to the COVID-19 restrictions when the event was put on hold. But the break gave us an opportunity to refresh our ideas for the return of MMC which without a doubt is one of the most exciting shows on the Ghanaian entertainment calendar,” said Jerry Ofori, Head of Events at Global Media Alliance, organizers of the event.

“This year’s MMC Live is carefully designed to deliver a night of real and ultimate entertainment experience which will be appreciated by everyone who attends. As a leading communications and events company, GMA is committed to delivering quality and entertaining events to the Ghanaian audience,” Mr. Ofori added.

MMC LIVE is an annual event organized by leading event company, Global Media Alliance. The event initially took flight in June 2016 and has grown to become one of the most successful shows in Ghana.

MMC LIVE is currently the only show in Ghana that creates a unique platform for musicians, magicians and comedians to showcase their talents in one night. 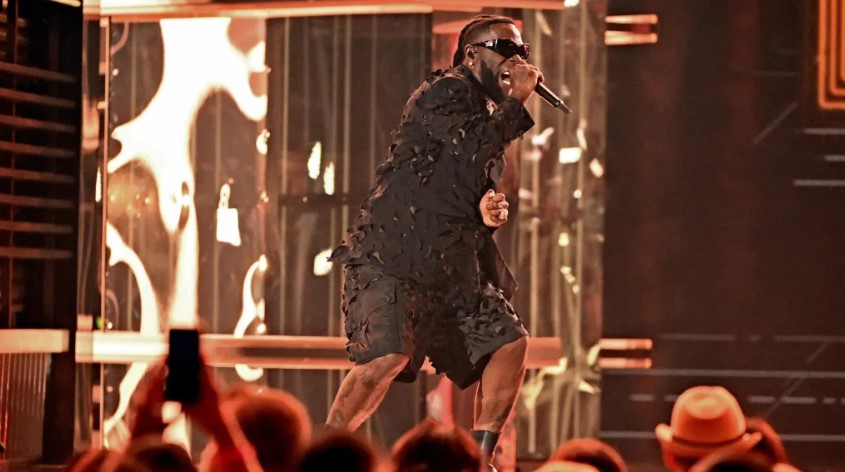 Grammy-winning Nigerian musician,  Burna Boy, has made his debut performance at the Billboard Music Awards which was held in Las Vegas on Sunday night. END_OF_DOCUMENT_TOKEN_TO_BE_REPLACED 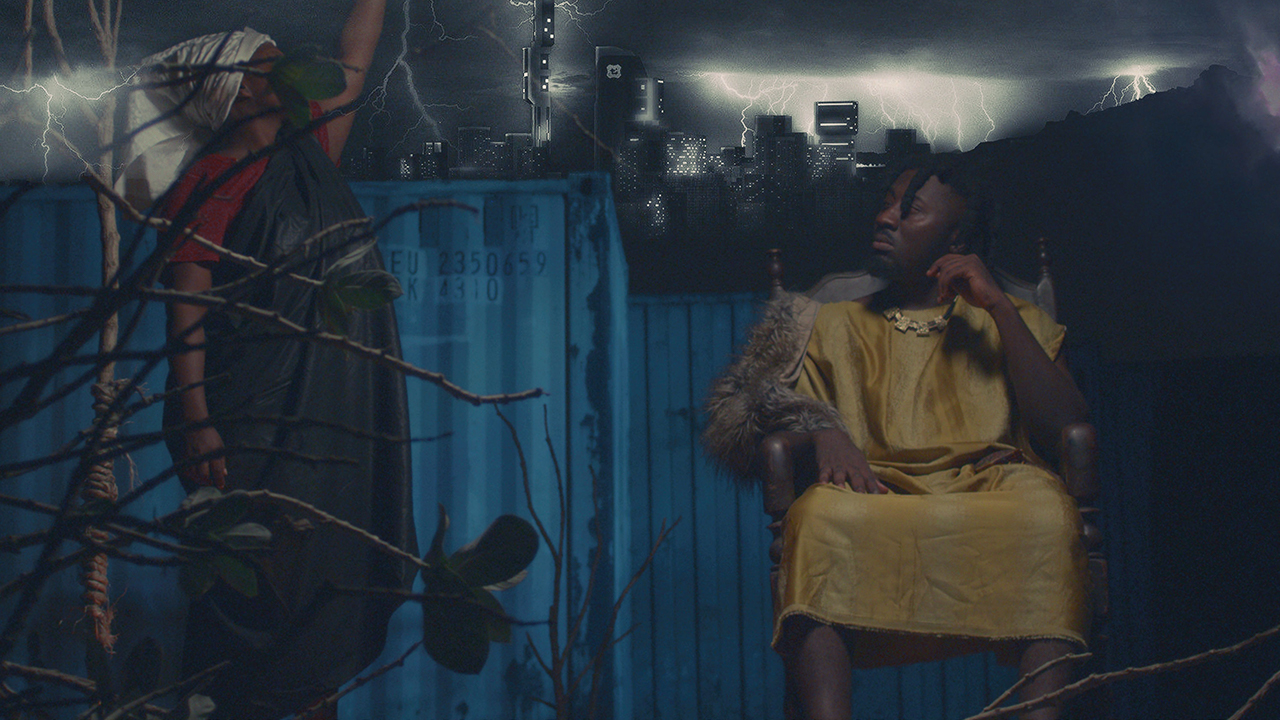 Obiaa Boa, a Twi phrase directly translated as “Everyone is lying” is a full rap song in which the artiste sends information to every other rapper who claims he Amerado does not deserve the title.

Amerado is also known to be one of the few rappers in Ghana who blends the indigenous culture in this rap and the Bra Shizzle-directed video was not an exception.

We credit Izjoe Beatz and Apya GH for the audio production. 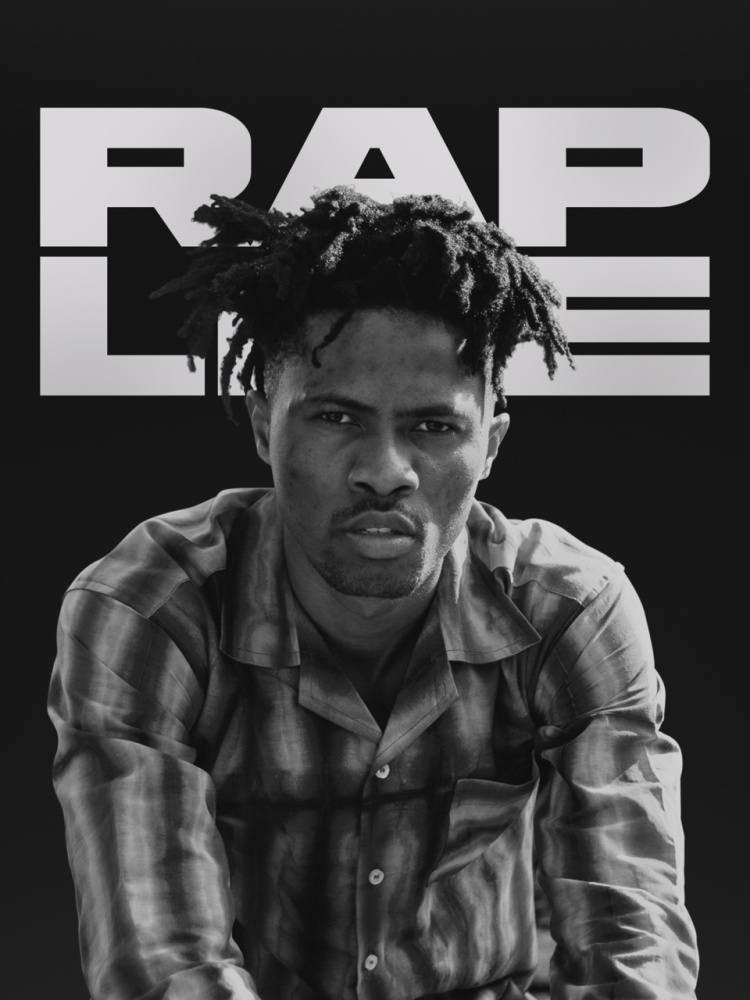 This Week’s episode features new music from Kwesi Arthur, all the breaking hip hop news and the hottest tracks of the week from around Africa!

Tune in to Rap Life Africa With Ebro and LootLove on Apple Music 1.

“For the people who talk reckless behind our backs but smile in our faces. This is basically me saying don’t take my kindness for weakness,” Kwesi tells Apple Music about “Drama”.

A-Reece’s “Red Dragon” pays homage to Jay-Z’s “Big Pimpin’” and features rising SA hip hop talent 25K and Jay Jody. Similarly, Okmalumkoolkat’s “Spova The Genge” pays homages to the OGs who introduced him to fashion and influenced his style choices while he was growing up in Umlazi in Kwa-Zulu Natal. 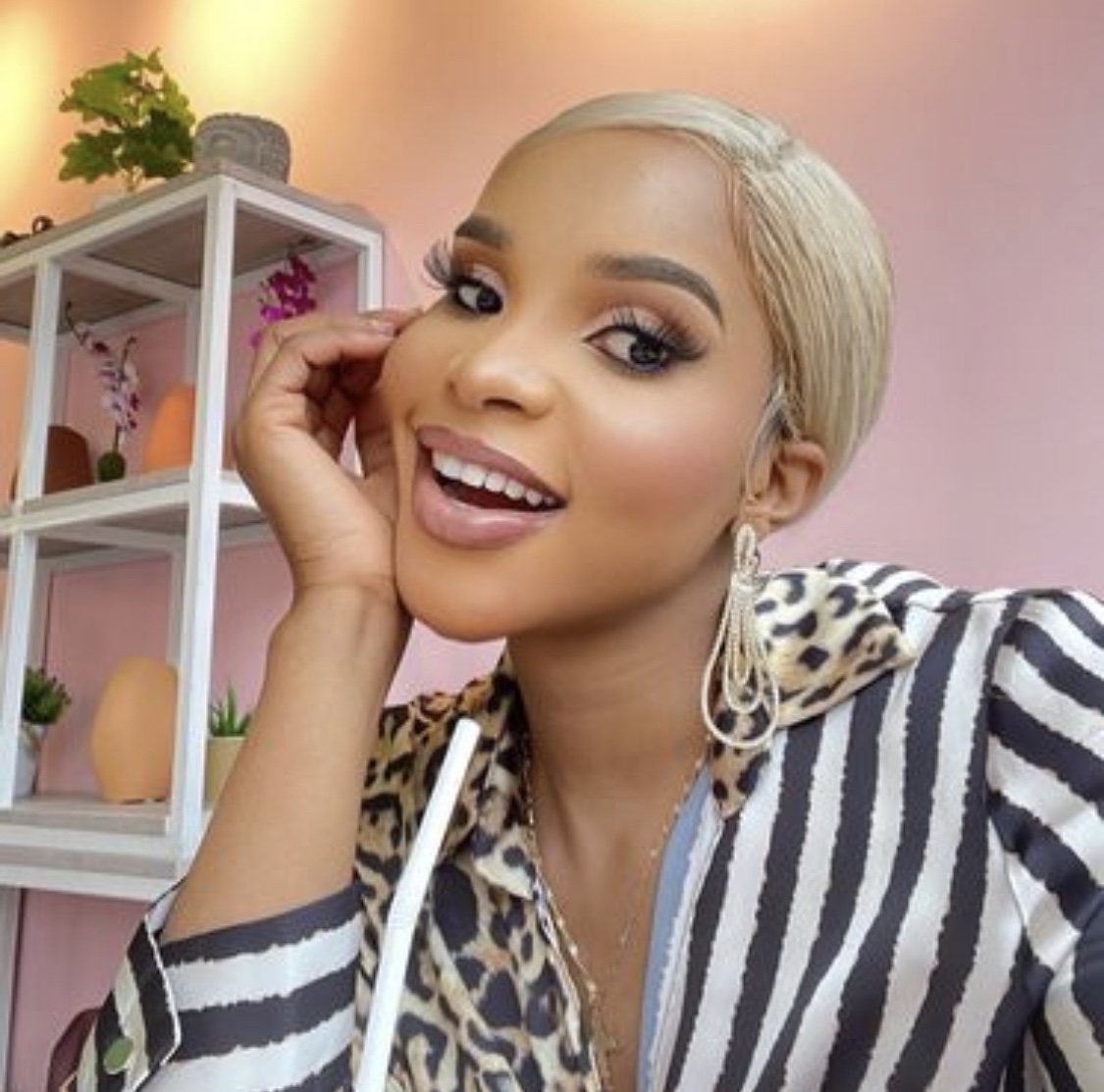 The actress shared sweet memories of her and her mystery man “Mr Y” on her Instagram story to mark their anniversary.

In one of the posts, she wrote;

“To the perfect gentleman who makes my happiness his priority. Bebe, you are everything a woman needs.”

“Thank you Mr Y for all you do for me. Love you like toffee.”

Although Ms Gafah is not showing the face of her man, she’s clearly being loved properly and she can’t hide it from the world.

Some people say that music comes from the heart, and people in Ghana are very connected to that organ in most of the arts they perform, their daily lives, and even the way they express themselves. It might be connected to the fact that it’s one of the most unequal countries in terms of access to basic products like food and clothing, and to the possibility of having clean water and sanitation.

The humble conditions of life might be one of the precursors of such a way of life, as some poets say that “the harder the conditions, the bigger the heart”. There are some other examples that call for this, like, for example, the humble beginnings of some of the great footballers in the world, who most of the time come from really hard backgrounds, like poverty and really hard upbringings.

Something similar happens to many Ghanaian musicians, who in most cases, undergo really hard childhoods before becoming famous. Almost every song has something to do with that past, diving deep into their pain and joy to produce a big part of the most beautiful music on this planet.

There are a great number of artists that made it big outside of our country, like the great Michael Owusu Addo, AKA Sarkodie, without a doubt one of the best rappers in the world, who had collaborations with Ball J, DJ Mensah, Ice Prince, Ace Hood, Kwaw Kese, R2Bees and many other stars. Also, the reggae and dancehall star Charles Nii Armah Mensah Jnr., officially known as “Shatta Wale”, with impressive hits like “Already”, “Alright” and “Hossana”, amongst a great career of hits.

The cradle of great artists

Okyeame Kwame is another of those great musicians that came out of this great country, with lyrics that speak deeply from his soul and what he had to go through as a young boy. With a record called “Manwesem” (My Poetry), it’s a great choice for people both in Ghana and also the world to know more about how life is in this lovely country.

Those ripples that then became waves also had the impulse of great pillars like Rashid Mugeez and Faisal Hakeem, which composed the famous duet R2Bees. This hip-hop duo has transcended frontiers with their music since 2007, exporting their art all around the world, creating some great hits like “I Dey Mad” and TinkerBell (featuring none other than WizKid).

Some of these great artists were able to mix acting with their music, producing really interesting musical videos, like Rebecca Acheampong, better known as Becca. She is one of the most influential people in Ghana in terms of art, but also the “owner” of many young hearts as she is also one of the prettiest singers in the country.

Ghanaian music is becoming increasingly important in video creation, especially since a large number of interactions on social media come from platforms that emphasize it. That is why African music is enticing many people to “chill” in their videos, especially since royalty free music can be used in any platform or commercial video.

The crest of the wave

Some artists are soaring higher than others coming out of Ghana and around the world, particularly in Nigeria, where Ghanaian music is growing. We have created a list of the most influential musicians that will surely make a “dent” in 2022’s imagination. Let’s know more about them:

Sarkodie: As mentioned before, he’s not only one of Ghana’s prides, but also the landing vessel that seemed to create one of the biggest waves in the “neighboring” country. Hits like “No Kissing” are among the most valuable in Nigeria, with sales and popularity among the young demographics increasing.

VIP: Without question, one of the “ancients” that landed in Nigeria, creating the floor where all other bands trying to make their way there used to grow. Some of their greatest songs, like “My Love” featuring 2Face, are a great way to introduce this type of music into the saturated Nigerian market.

Fuse ODG: The creators of what is known as the “African anthem”, the song “Azonto,” came hard onto the Nigerian dance floors, which couldn’t escape this international craze for this impressive song. Top charted in Africa and throughout the world, they have undoubtedly imprinted Ghana’s music in Nigeria.

Tic: Formerly known as “Tic Tac”, was one of the only musicians to archive 22 straight weeks at the top of the country’s music charts between 2002 and 2003. Their hit “Fefe n efe” was one of those beats that grew fast in Nigeria, with its catchy lyrics and particularly nostalgic 90’s African party music that is quite appealing to a lot of people today.

R2Bees: Already mentioned before as one of the best singers in this country, they have also opened the Nigerian door with one of their greatest hits, “Kiss Your Hands”, which not only hit the top 10 chart in that nation, but also gained popularity across the planet.

Patapaa: Justice Amoa, who took the name of the town where he was born as an artist pseudonym, became one of those upcoming Internet sensations with his song “One Corner,” coming out of Ghana to the world and, of course, Nigeria.

Gyakie: Without a doubt one of the most popular TikTok songs, quickly took on Nigerians and Americans as well. Her song “Forever” is among those viral hits that rarely hit oblivion.

Black Sherif: This young Ghanaian promise has become the most popular song coming out of this country played in Nigeria. His masterpiece “Kwaku the Traveller” has broken a lot of records, becoming the number one song on Apple Music in Nigeria at this time.