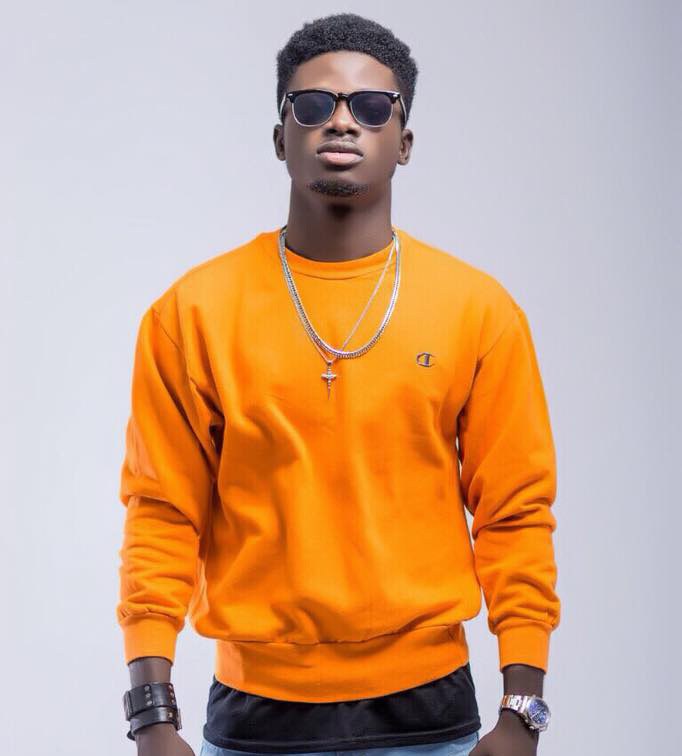 Kuami-Eugene_Lynxx[/caption] Fast-rising Ghanaian artist, Kuami Eugene has said that he can now afford to wear luxury brands. The Lynx Entertainment signee revealed in an interview on JoyNews that he could not afford to live within his means, hence his choice of wardrobe in the past. “Life is all about process, I mean I was in Fadama [a suburb of Accra] when Richie Mensah signed me so you don’t expect a boy who just came from Fadama with no money to be buying Louis Vuitton, Gucci and be wearing things that you think a celebrity should be wearing”, he said. The “Angela” hit maker’s wardrobe became a public concern after been trolled severally on social media for his choice of clothing. Kuami seemed unbothered by those concerns as he revealed in a recent interview. Over the past few months however, the singer’s wardrobe has improved drastically and he says it’s because he can afford some luxury now. “I didn’t have that money so I didn’t want to force myself. Now I am making small money that I can afford things that I like. Some months ago I was buying what I can afford and I’m still buying what I can afford.” I believe life is a process that is what people didn’t get, they feel I should just jump from who I was to somebody I am not and I cannot afford to do that. I was leaving a real life and I will leave a real life forever”, he added.]]>

The voting portal for the 2022 edition of the All Africa Music Awards (AFRIMA) opened to the public on Sunday, 25 September at 21:00 (CAT), to decide the winners of each of the 39 award categories, globally. END_OF_DOCUMENT_TOKEN_TO_BE_REPLACED

Ghanaian actress, Yvonne Nelson has issued an apology on behalf of Ghanaians to Stephen Appiah and his Black Stars colleagues. END_OF_DOCUMENT_TOKEN_TO_BE_REPLACED

Professor Elsie A. B. Effah Kaufmann, host of the popular National Science and Maths Quiz has shared a bit of her private life. END_OF_DOCUMENT_TOKEN_TO_BE_REPLACED

As the only Ghanaian female artist to perform on the Global Citizen Festival stage at the Black Star Square last night, Gyakie did an incredible job representing the country and doing her part in being a contributing voice for global change. END_OF_DOCUMENT_TOKEN_TO_BE_REPLACED

Although Ghanaians appreciate Professor Elsie A. B. Effah Kaufmann as the Quiz Mistress of the popular National Science and Maths Quiz, there are other things that they love about her. END_OF_DOCUMENT_TOKEN_TO_BE_REPLACED