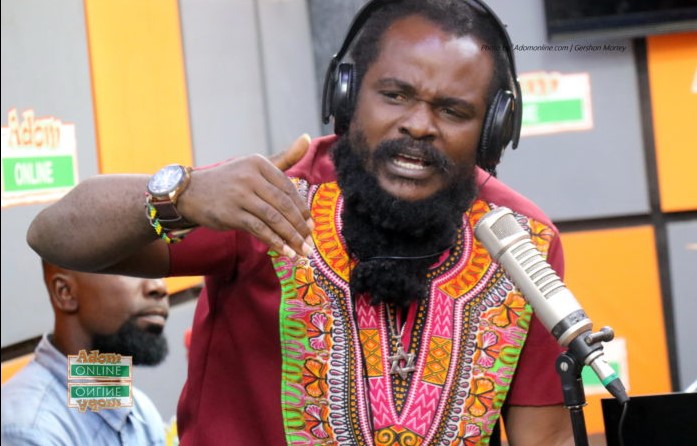 The 2020 VGMA Reggae/Dancehall Artiste of the Year, Kojo Kurankye, known popularly as Ras Kuuku, says he cannot live a day without smoking marijuana.

Ras Kuuku, one of the foremost advocates for the legalization of the banned substance in Ghana, made the statement on Kumasi-based Angel FM, where he announced his media tour to promote his new projects.

Read Also: Music does not pay me as well as brand influencing – Sister Derby

According to him, aside from the several health benefits marijuana offers its users, its potential for export and job creation can help boost the economy of Ghana to become more robust.

Ras Kuuku added that smoking marijuana has become part of his personal routine, and thus he does not go a single day without it.

The singer however declined to disclose where he gets his regular supply from.

Broadcaster, Serwaa Amihere has advised women not to put too much stress on their men as they may be going through a lot. END_OF_DOCUMENT_TOKEN_TO_BE_REPLACED

Dr. Edem Mahu from the University of Ghana, has received the “Africa Award for Research Excellence in Ocean Sciences” from AGU. END_OF_DOCUMENT_TOKEN_TO_BE_REPLACED

A brand-new Alisa Hotel location in Tema was unveiled on Friday, September 30, 2022 in pomp.  END_OF_DOCUMENT_TOKEN_TO_BE_REPLACED

With effect from October 1, 2022, Brussels Airlines will be one of many European airlines utilizing Aviance Ghana Limited’s services for all of its passenger and ground handling activities. END_OF_DOCUMENT_TOKEN_TO_BE_REPLACED

Music producer and artist Nektunez has a new family. END_OF_DOCUMENT_TOKEN_TO_BE_REPLACED