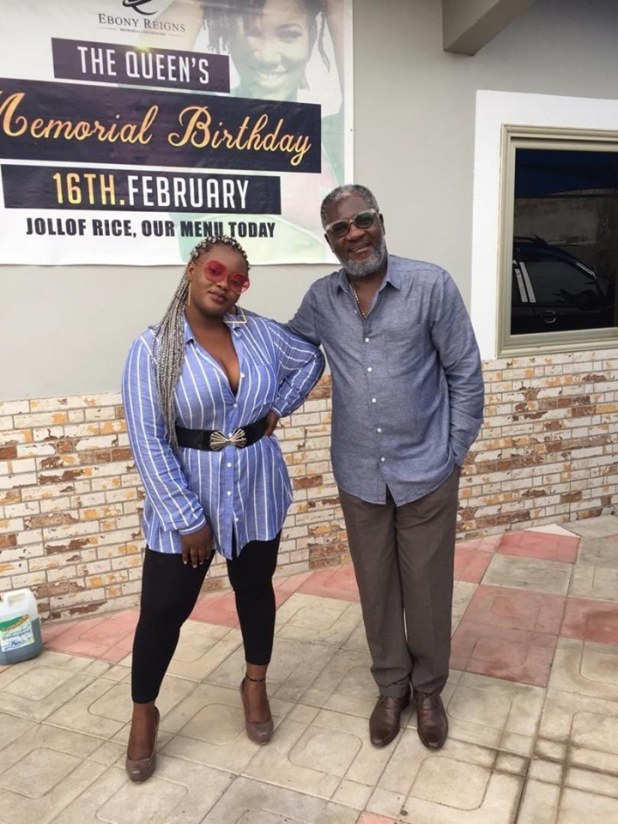 Mr Opoku Kwarteng, who is the father of late dancehall artiste, Ebony Reigns, has unveiled a new act he has signed to be performing his late daughter’s songs. .

According to Mr Opoku Kwarteng, he consulted Ebony spiritually before settling on whom to sign on his record label, which he established in memory of the late singer.

Mr Opoku Kwarteng, who was a guest on Zylofon FM’s morning show, introduced a musician, named Kim Maureen, as his latest signee..

“This girl sitting here, I called her as late as twelve, after my consultation with the Queen and trust me this girl will go Ebony way,” he told Sammy Baah Flex, the host of the show.”

Kim Maureen also introduced herself to the audience by freestyling during the radio show and later mentioned that her real name Maureen Victoria Dorkenu.

Musicians are struggling, partnering them as a producer is key – Jayso
Medikal promises GHC 10,000 for 10 fans if the Black Stars win their match tonight
Advertisement