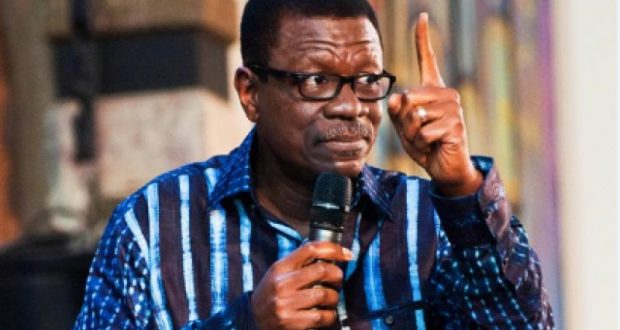 I didn’t collapse Capital Bank — Pastor Mensah Otabil[/caption] The General Overseer of the International Central Gospel Church (ICGC), Pastor Mensa Otabil, has denied claims that he acted in a manner that led to the collapse of Capital Bank in his defense filed at the Commercial Division of the Accra High Court. Pastor Otabil, who was the Board Chairman of the bank, refuted assertions by the receivers of the bank that he had connived with other directors and shareholders of the bank to mismanage funds at the bank. The statement of defense, signed by his lawyer, Mr. Yonny Kulendi, and which is a response to a suit filed by the receivers, also refuted claims that Pastor Otabil and the board that he chaired breached banking, company law or any other related laws during their tenure. “The defendant (Otabil) was appointed Chairman of the board in 2009 and in all of his tenure as a Director and Chairman of the Board, he did not apply for, neither was he offered, nor did he receive any loan, overdraft or any credit facility from the plaintiff (defunct Capital Bank). “The board, under his chairmanship, acted diligently, faithfully and in the best interest of the plaintiff and, therefore, he did not, as Director, use or allow to be used by any director or shareholder related entities to siphon funds belonging to the plaintiff,’’ it said. Receivers’ suit On August 14, 2017, the licenses of the Capital Bank and the UT Bank were revoked by the Bank of Ghana (BoG) after the BoG had declared them insolvent. The BoG allowed the state-owned bank, the GCB Bank, to acquire the two banks in order to protect depositors’ funds and also enable them to stay afloat. The assets of the banks were then placed in receivership. Following the revocation, on November 11, 2018, receivers of the bank — Mr. Vish Ashiagbor and Mr. Eric Nipah, both of PricewaterhouseCoopers (PwC) — sued Pastor Otabil, the ICGC and 13 other shareholders and directors at the Commercial Division of the Accra High Court. The plaintiffs accused the 15 defendants of mismanaging about GH¢837 million in the coffers of the bank and a GH¢620 million liquidity support given to the bank by the BoG. The receivers wanted to use the legal action to recover all the money that they claimed the defendants owed the bank. Among other accusations, the plaintiffs accused the defendants of allocating onto themselves loans amounting to about GH¢482 million, which they had refused to repay, and the use of a non-existent GH¢52.3 million investment certificate to top up the capital of the bank to obtain a universal banking license from the BoG. They further claimed that one of the defendants, Mr. William Ato Essien, who was the founder of the bank, transferred GH¢130 million of the BoG liquidity support into his personal company and also used GH¢27.5 million for what was described as ‘protocol payments’. The receivers alleged that it was those ‘illegal’ transfers that Mr. Essien used to establish another bank known as the Sovereign Bank. SOURCE: GRAPHIC ONLINE https://ameyawdebrah.com/national-cathedral-fundraising-dinner-we-are-selling-a-chair-for-1000-a-table-for-10000-archbishop-duncan-williams/]]>

Related Topics:Pastor Mensah Otabil.
Up Next

Viola Davis makes a stunning transformation in the new trailer for ‘The Woman King’, in which she plays Nanisca, leader of the all-female warriors known as the Agojie. END_OF_DOCUMENT_TOKEN_TO_BE_REPLACED

African-American businessman and jet broker Kelvin Mensah, popularly known as PJKev has added his voice to the many people against the building of the National Cathedral. END_OF_DOCUMENT_TOKEN_TO_BE_REPLACED

Nigerian hip-hop artiste, Eedris Abdulkareem has disclosed that he is battling kidney failure and will have a surgical operation at the end of July. END_OF_DOCUMENT_TOKEN_TO_BE_REPLACED

According to reports from Nigeria, unidentified gunmen have attacked an ‘advance team’ of President Buhari’s presidential aides leading to injuries to two people. END_OF_DOCUMENT_TOKEN_TO_BE_REPLACED

Sensational highlife/afrobeat artist KiDi has said that his dream is to collaborate with Daddy Lumba on a song. END_OF_DOCUMENT_TOKEN_TO_BE_REPLACED