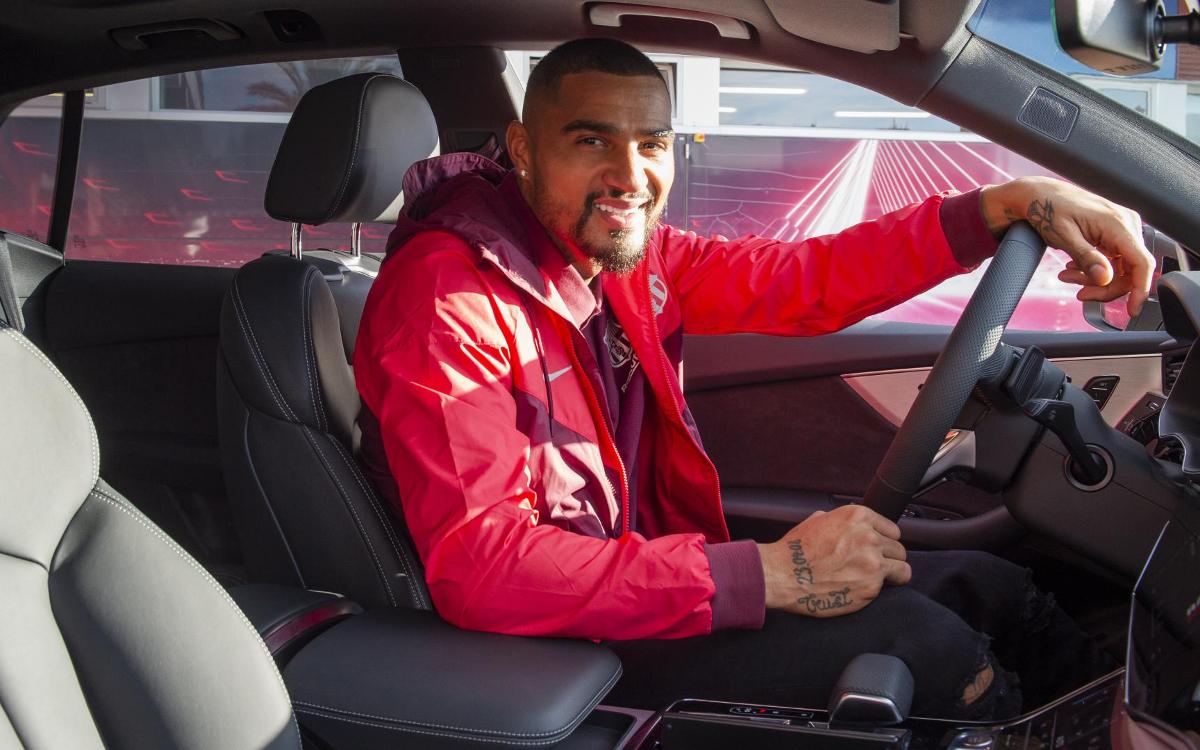 Kevin-Prince Boateng has expressed his regrets over some of the mistakes he committed which hampered his spell at EPL side Tottenham Hotspurs.

The Ghana international after more than ten years following his unsuccessful career at Tottenham has opened up on some of the terrible mistakes, he made which had a toll on him in his early days in England.

In an interview with La Repubblica, Boateng said he didn’t take his career seriously enough as a young player, particularly while he was at Spurs.

“I’ll go back and say: I didn’t treat football as a job. I was an idiot. I had talent, but I trained the bare minimum, an hour on the field. I was the last to arrive and the first to leave. I’d be out with friends. I had money, I lived like a king. I’d never been to the gym. That changes your later career,” he said.

Boateng also explained that he wasted his time and money on extravagant lifestyle and even bought three cars in a day but they didn’t give him the happiness he was looking for during his days at Tottenham.

“I bought three cars in one day when I was at Tottenham: a Lamborghini, a Hummer and a Cadillac. To the youngsters, I tell them: “You cannot buy happiness”.

Family issues and trouble getting into Spurs’ squad, he explained, got to him, with the cars giving him some semblance of happiness at the time.

“I didn’t play, I had family problems, I was out of the squad. I was looking for happiness in material things: a car makes you happy for a week. I bought three to be happy for three weeks.”

The Ghanaian attacker is a well-traveled player, having played for clubs like Tottenham, Dortmund, Portsmouth, AC Milan, Schalke O4, Las Palmas, Frankfurt, Sassuolo, Barcelona and Fiorentina, since he left his boyhood club Hertha Bsc in 2007.

Related Topics:Kevin-Prince Boateng
Up Next

The voting portal for the 2022 edition of the All Africa Music Awards (AFRIMA) opened to the public on Sunday, 25 September at 21:00 (CAT), to decide the winners of each of the 39 award categories, globally. END_OF_DOCUMENT_TOKEN_TO_BE_REPLACED

Ghanaian actress, Yvonne Nelson has issued an apology on behalf of Ghanaians to Stephen Appiah and his Black Stars colleagues. END_OF_DOCUMENT_TOKEN_TO_BE_REPLACED

Professor Elsie A. B. Effah Kaufmann, host of the popular National Science and Maths Quiz has shared a bit of her private life. END_OF_DOCUMENT_TOKEN_TO_BE_REPLACED

As the only Ghanaian female artist to perform on the Global Citizen Festival stage at the Black Star Square last night, Gyakie did an incredible job representing the country and doing her part in being a contributing voice for global change. END_OF_DOCUMENT_TOKEN_TO_BE_REPLACED

Although Ghanaians appreciate Professor Elsie A. B. Effah Kaufmann as the Quiz Mistress of the popular National Science and Maths Quiz, there are other things that they love about her. END_OF_DOCUMENT_TOKEN_TO_BE_REPLACED