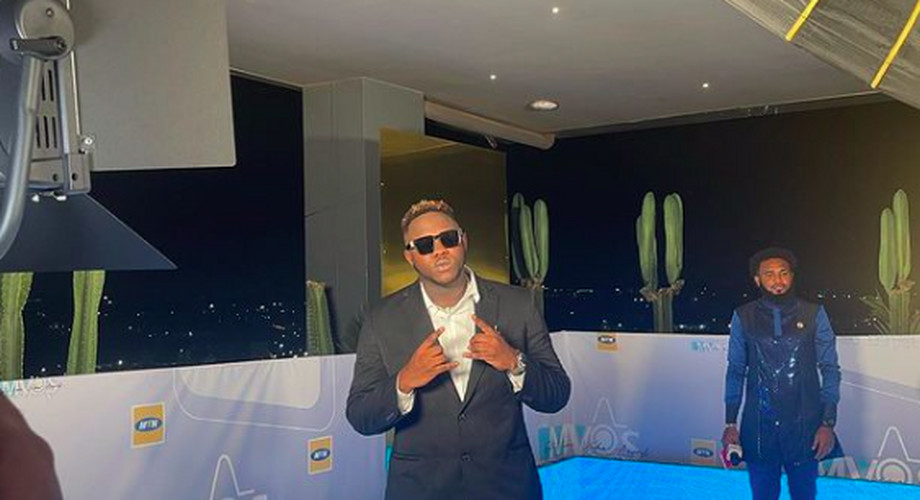 Ghanaian rapper Medikal was in the news for the wrong reasons when a video captured him walking off stage at the 4syte Music Video Awards 2021. He has however explained the reasons for his actions.

The rapper walked off during his performance with colleague musicians Kuami Eugene, Kelvyn Boy, Kweku Smoke, and his label mate AMG Armani.

His action has raised a lot of eyebrows with many wondering why he walked off the stage to resume his seat. Well, the rapper says there was no issue. He said this in his latest interview on Daybreak Hitz.

According to him, they were informed prior to the performance that they will have to leave the stage for Kuami Eugene to continue the performance, hence he followed what he was told.

Narrating the incident to Andy Dosty, Medikal said, “I didn’t walk off stage to disrespect anyone. It was planned that we will all get off stage for Kuami Eugene to do his performance.”

“After doing my verse I thought we were all supposed to leave for Kuami Eugene to continue. There was no disrespect at all, he said.

The Omo Ada hitmaker said he would have not only left the stage but also exited the building if there was an issue.

“If I was angry I would have left the venue. The comments on social media showed they misunderstood everything,” he clarified.

“I made Cocoa Season to celebrate cocoa farmers” – Lil Win

Anita Baker, Pope Skinny’s baby mama calls him out for neglect and irresponsibility

KiDi has responded to the heavy social media trolling he was subjected to after losing the VGMA ‘Artiste Of The Year’ to Diana Hamilton. END_OF_DOCUMENT_TOKEN_TO_BE_REPLACED

Wiyaala has dropped “Coming With Fire”, her first single for 2022, and follow up to last year’s popular “Yaga Yaga,” and it is an explosive cocktail of positive energy heavily influenced by the work of K.O.G (Kweku of Ghana), an internationally renowned professional UK based musician, artist, songwriter, percussionist, and multi-instrumentalist from Elmina in Ghana. END_OF_DOCUMENT_TOKEN_TO_BE_REPLACED