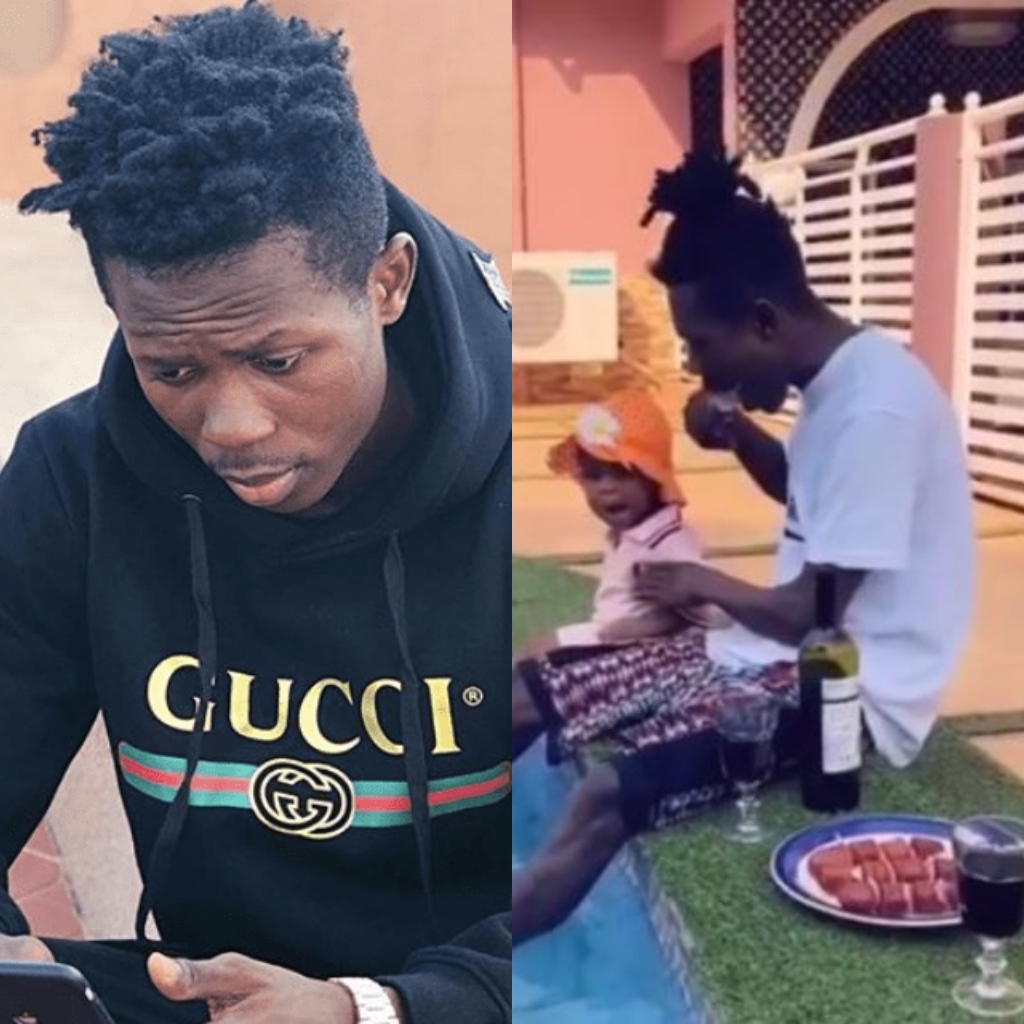 Ghanaian rapper Strongman Burner posted a video of him having a good time with family in his in-law’s home.

The rapper captioned the video “Spent some days with the family inside in-law’s crib, come swim with me next time”.

In the video, you can see Strongman walking on the compound of the luxury home, and later sitting by the swimming pool having fun with his daughter Simona.

The “Baby Girl” rapper replied some of the fans comments. There’s one of the comments he replied, where a fan had scornfully told the rapper to work hard, or would have to end up taking videos in his in-law’s home, because he doesn’t own a place like that.

Literally, Strongman suggested he doesn’t do fraud in quest to own a home, as some people supposedly do. 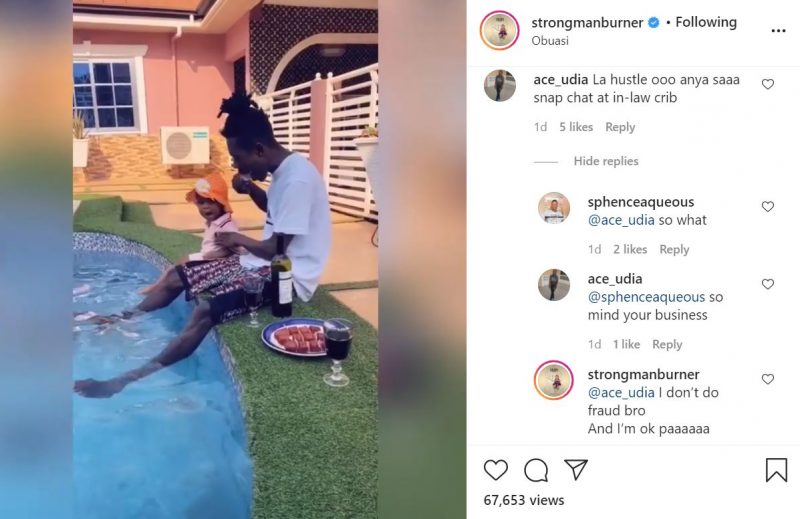 Ghanaian actress, Bisa Gbekle has revealed that it’s not all rosy when going under the knife to get your body enhanced. END_OF_DOCUMENT_TOKEN_TO_BE_REPLACED

Ghanaian actress, Bisa Gbekle became the talk of town over the past few weeks after she flew all the way to Turkey to undergo body enhancing surgery. END_OF_DOCUMENT_TOKEN_TO_BE_REPLACED

Ghanaian actress, Bisa Gbekle became the talk of town over the past few weeks after she flew all the way to Turkey to undergo body enhancing surgery. END_OF_DOCUMENT_TOKEN_TO_BE_REPLACED

Ghanaian actress, Yvonne Nelson, has come to the defence of veteran actor, Psalm Ajetefio (TT), over his “plead for leftovers” scandal that has hit the country over the past couple of days. END_OF_DOCUMENT_TOKEN_TO_BE_REPLACED