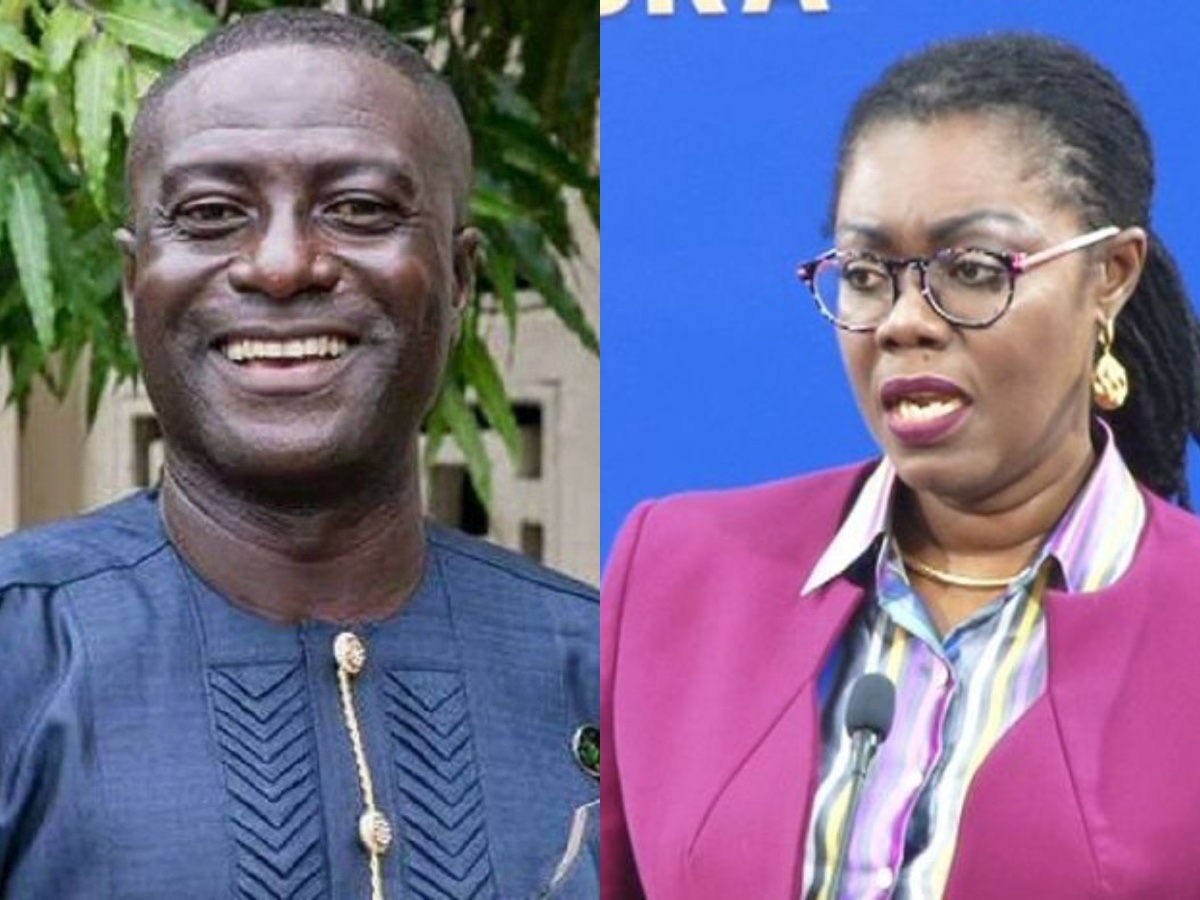 Minister of Communications, Ursula Owusu has slammed Captain Smart for his recent comments on the COVID-19 Tracker App launch concert.

According Captain Smart, although the Ministry of Information revealed that none of the musicians were paid for performing at the virtual concert, his background checks reveals the likes of Kuami Eugene and Shatta Wale received payments.

“If you do work for someone and you’re paid for it. But the person goes about saying you did it for free, send the money back to that person because it is a curse to receive money and pretend you didn’t. Why did you perform at the virtual concert and you got paid but the Minister comes out to say you didn’t take any money?”,

Did the Ministry of Communications spend GH¢1.4 million on the ‘GH COVID-19 TRACKER’ virtual Concert?

Reacting to Captain Smart’s comments, Ursula took to Facebook to call out the media personality.

“GOVERNMENT OF GHANA DID NOT PAY A PESEWA TO ANYONE FOR EITHER THE COVID 19 TRACkER APP OR THE VIRTUAL CONCERT TO LAUNCH IT.

I don’t know what he ate, drank or smoked but I have not received any money from anyone for this or been given any invoice to pay. There is no nokofio on my watch. Chew on it.”

She added: “Someone should please tell Captain Smart that I return his curses on me to sender. He and his family will suffer, not me. I don’t lie and for those who find it hard to believe or are hard of hearing, let me repeat it again.’

Watch: Zambia police summons father for beating son who missed Maths and English but scored A in music

Ghanaian actor and entrepreneur, John Dumelo has requested for the funds set aside for the Black Stars, had they qualified to the round of 16 in the FIFA 2022 World Cup, to be used to purchase desks for school kids. END_OF_DOCUMENT_TOKEN_TO_BE_REPLACED

END_OF_DOCUMENT_TOKEN_TO_BE_REPLACED

Accra’s biggest and only photo festival, “Wondaland” is back; this time bigger and better. END_OF_DOCUMENT_TOKEN_TO_BE_REPLACED