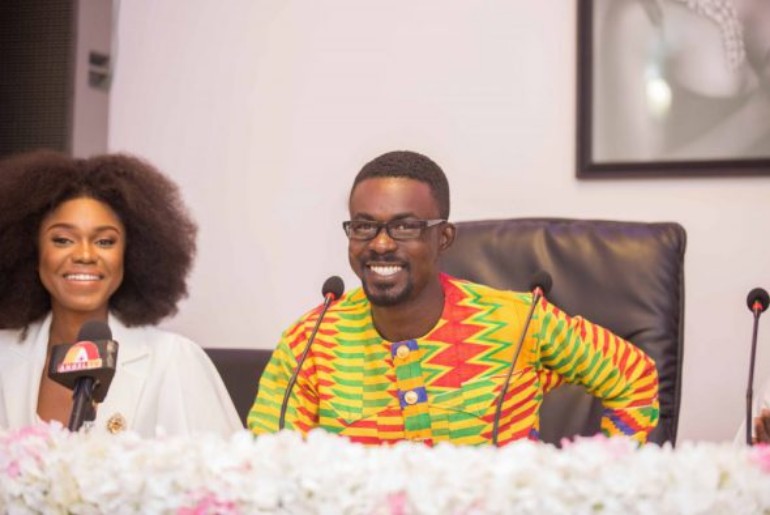 Ghanaian songstress Rebecca Akosua Acheampomaa Acheampong known in the showbiz industry as Becca has revealed that she feels disrespected when people claim she was dating Menzgold boss, Nana Appiah Mensah.

Recall when the singer joined Zylofon Music which is owned by Nana Appiah Mensah, it was rumored that she got the deal because of her romantic affair with the label boss.

However, Becca has refuted such claims stating that her relationship with NAM1 was all about work.

Speaking in an interview on Rainbow Radio, Becca denied ever being in an amorous relationship with Nana Appiah Mensah(NAM1).

“I had enough cash before I signed on to Zylofon”– Becca

According to the ‘Yes I do’ crooner, people come up with such claims just to damage her reputation. she added that such assertions are false and it’s disrespectful to her brand.

“That is not true. When you say something like that; that is so disrespectful”, Becca told the Fiifi Pratt.

Broadcaster, Serwaa Amihere has advised women not to put too much stress on their men as they may be going through a lot. END_OF_DOCUMENT_TOKEN_TO_BE_REPLACED

Dr. Edem Mahu from the University of Ghana, has received the “Africa Award for Research Excellence in Ocean Sciences” from AGU. END_OF_DOCUMENT_TOKEN_TO_BE_REPLACED

A brand-new Alisa Hotel location in Tema was unveiled on Friday, September 30, 2022 in pomp.  END_OF_DOCUMENT_TOKEN_TO_BE_REPLACED

With effect from October 1, 2022, Brussels Airlines will be one of many European airlines utilizing Aviance Ghana Limited’s services for all of its passenger and ground handling activities. END_OF_DOCUMENT_TOKEN_TO_BE_REPLACED

Music producer and artist Nektunez has a new family. END_OF_DOCUMENT_TOKEN_TO_BE_REPLACED